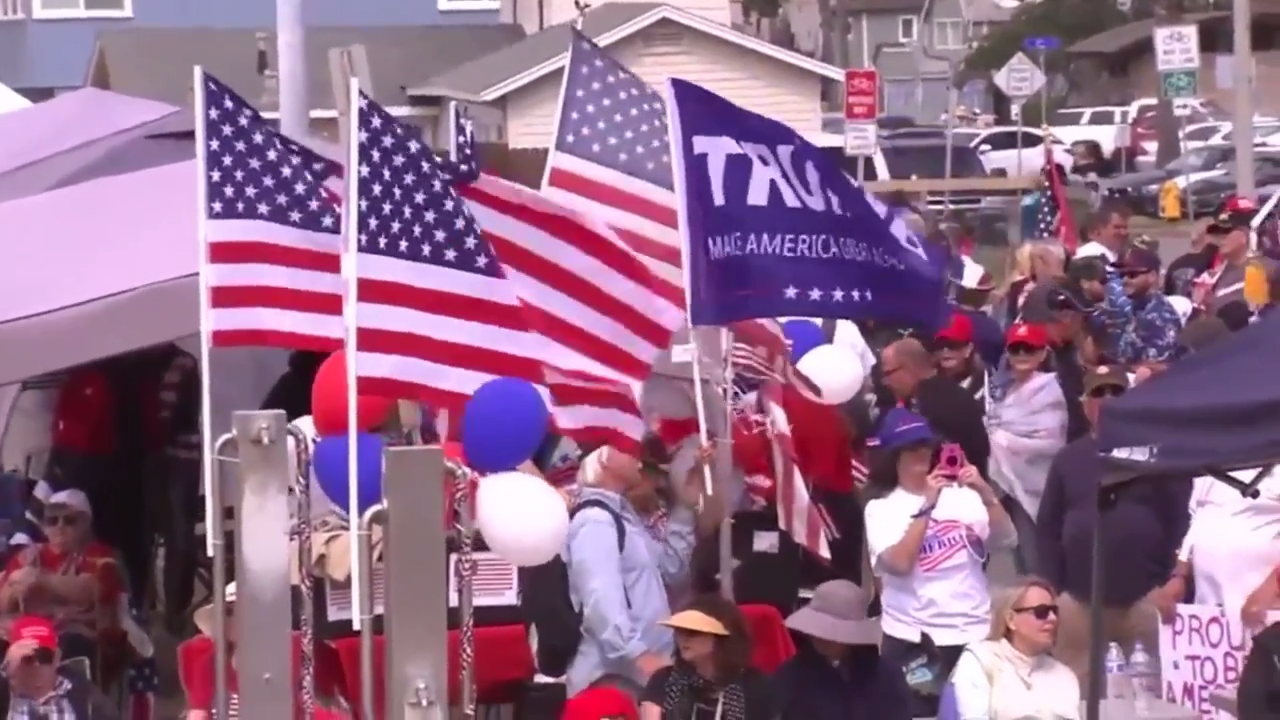 On Saturday at Bolsa Chica State Beach in Southern California, thousands of pro-Trump rally goers organized in what was called a “Make America Great Again” March. They supporters wore their red “MAGA” hats, and marched down the streets drawing attention to their cause. In fact, their presence was enough to draw out a counter protest of about 30 people, reports the Orange County Register (OC Register).

According to the OC Register, rally goers were marching down the streets in their Trump garb, while the counter protesters, adorned their dark colors and black masks, attempted to build a wall to stop the march.

The obstruction to the march apparently led to violence, as the OC Register has reported that after much yelling, shoving, pushing and punching, some protesters pepper-sprayed a group of marchers. An incident that lasted for about 30 minutes.

“I’m not just here in support of Trump, but our vets, military, police officers and emergency responders,” Darlene Savord, one of the organizers told the OC Register.

“We had a lot of Trump supporters here, which shows that we are united,” she said.

Though there was some violence at the rally between marchers and protesters, there did appear to be some beneficial dialogue, as the OC Register reported that some of the marchers came to speak with some of their counterparts.

Eric Sewell, who supports Trump, told the OC Register that he attended the march to have a dialogue with the dissenters.

“I wanted to come here to talk, not to have fights on the street,” Sewell said. “Not everyone on the right is a hater.”

Jordan Hoiberg told the OC Register that he saw a protester wield pepper spray in self-defense.

“We were expecting it to be more peaceful,” said Hoiberg, a member of the Socialist Party USA, one of the protest organizers. “We were not about to start something when we are 10 people and they are a thousand. That would be suicidal.”

A Trump-resistant group called Indivisible OC 48, meanwhile, released a statement saying they would not join any counterprotest to the MAGA march at Bolsa Chica.

“Indivisible OC 48 believes that the most effective way to combat an agenda built on discrimination and divisiveness is to focus on our own positive and peaceful political actions, and not to engage in confrontations with other citizens exercising their rights to free speech,” the group told the OC Register.

In all, three male protesters were charged with felony illegal use of pepper spray while one woman was booked on suspicion of misdemeanor assault and battery, he said. Two other protesters were detained but not arrested, Pearsall said. Their names were not released, reports the OC Register.

Two people suffered small cuts that didn’t require any treatment, but no other injuries were reported, he said.

Campus Carry Being Considered in Georgia