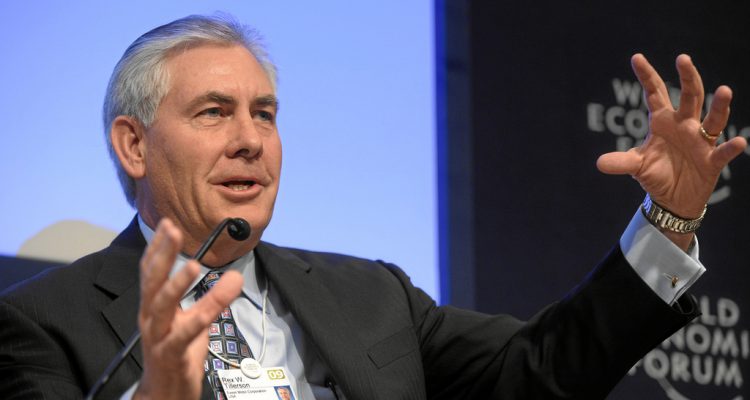 President-elect Donald Trump’s nomination for secretary of state said U.S. leaders must think about the future before engaging in regime change in foreign countries.

In an exchange with Republican Sen. Rand Paul of Kentucky during his confirmation hearing, former Exxon CEO Rex Tillerson noted that leadership change in places like Iraq and Libya did not achieve the security goals of the U.S. in the Middle East.

Leadership changes in Iraq and Libya “did not achieve those objectives,” Tillerson told Paul. He added that any change of leadership must be followed by the question “what comes next?”

“My job is to make sure we never get there,” said Tillerson, regarding regime change. He added that, as secretary of state, he would use diplomatic measures to attempt to guide foreign leaders into a policy preferable to U.S. foreign policy goals.

Though he expressed skepticism regarding regime change, Tillerson also said the U.S. must be “clear-eyed” regarding the Iranian threat.

“We have cast American leadership into doubt, in some instances we have withdrawn from the world,” Tillerson warned in his opening remarks.

Tillerson specifically pointed to Turkey, noting that the U.S. has to “re-engage with President Erdogan” as he continues to find an ally in Russia. Russia is not a “sustainable ally” for Turkey, according to Tillerson, and Erdogan must be reminded that his interests are best served by maintaining his alliance with the U.S.

State Dept Names Exhibit Hall After Hillary Clinton And, Yes, It Has A Glass Ceiling