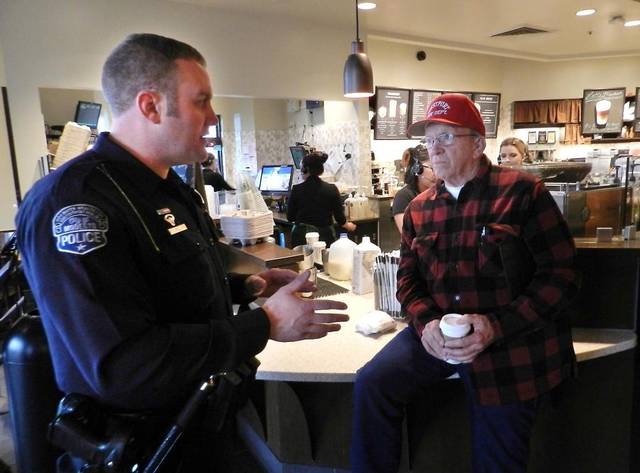 This morning, I sat down with a policeman over breakfast and had an enjoyable conversation. I explained to him what a libertarian is (someone who believes that you should be able to do whatever you want as long as you don’t cause unjust harm to another person) and told him about this website. He gave me permission to share his answers to my questions, so that’s what I’ll do here. These answers are paraphrased rather than verbatim as I couldn’t record the audio of our conversation, but I’ve included as many of his direct comments as I could. So without further ado:

Q: What made you decide to join the police?

A: I didn’t originally want to become a policeman even though my father and his father were policeman. When I got out of high school, I was looking into the sciences. I found out about a community service police program and figured it would be a good next step. I’d get a job and have some experience under my belt. Once I got to the academy, I was hooked. I believe it was my calling and that you have to have a servant’s attitude to be a policeman.

Q: If you weren’t a policeman, what do you see yourself doing instead?

A: I love farming and gardening. So at this point, farming is what I’d see myself doing.

Q: What is something you’d like civilians to know about being a policeman?

A: We may wear a uniform and carry a gun, but we’re still people. I don’t look at you any differently than I’d look at anybody else walking around. There are definitely bad cops, but for the most part, the police are here to help.

Q: If there was something you could change that would make your job easier, what would you change?

(He couldn’t think of any offhand, so he asked me if I had any in mind. I explained my views on drug prohibition, and that lead to him sharing his thoughts on marijuana.)

A: I voted for the referendum to legalize medical marijuana in Florida. To me, marijuana is like alcohol, or probably more like tobacco. It’s natural, a plant, and as long as you’re not hurting anybody, I’m fine with it. You’ll see guys that get drunk and then start causing trouble, but to my knowledge, nobody on marijuana has ever acted like that, unless it was laced with something. If marijuana wasn’t prohibited, I think everybody would be a lot safer because we’d be less concerned about drug dealers, and we wouldn’t be putting people in prison just for marijuana.

He had to leave after that, so we said goodbye and wished each other well. I think it would be great if civilians and cops could come together more often like this and share their thoughts with each other.

To close, as long as there are going to be government police, we should want to have as many good people (and as few bad ones) on the force as possible.