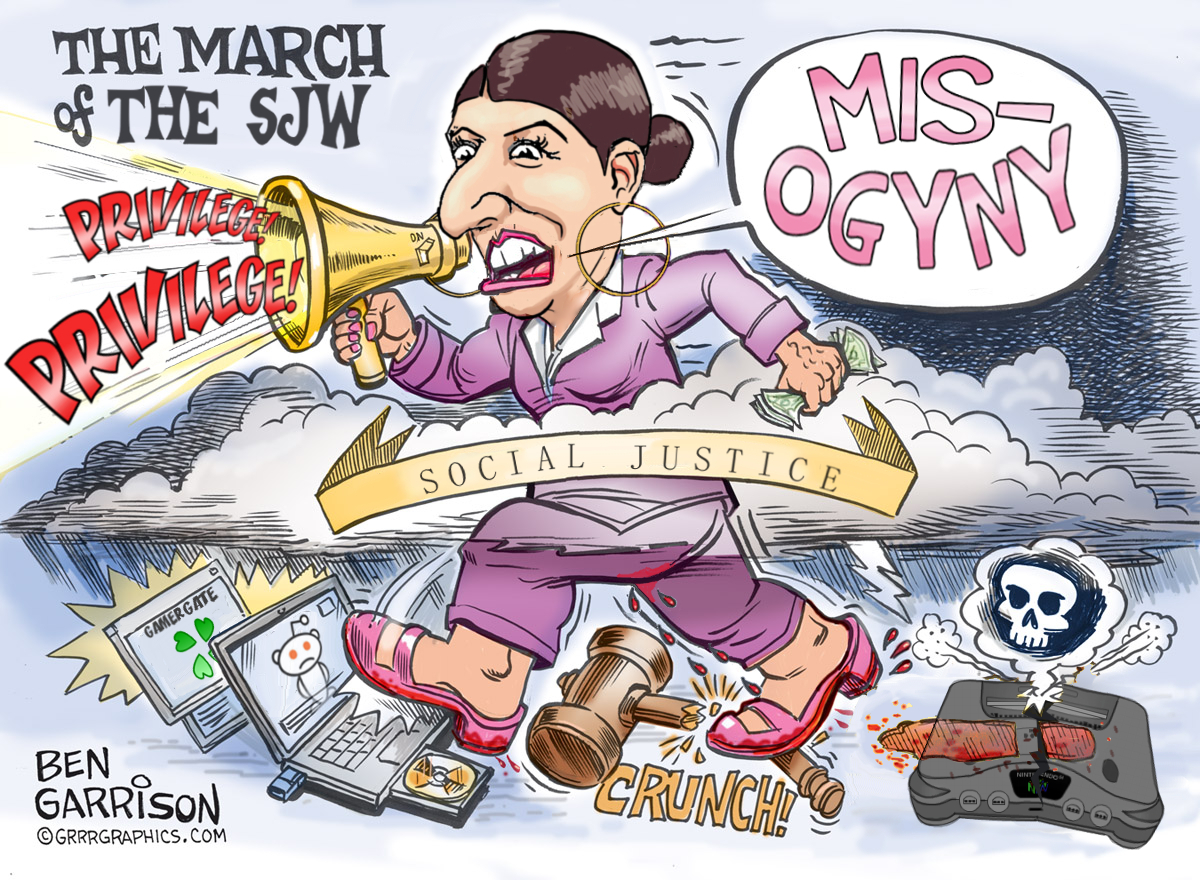 Bullying. Intimidation. Name calling. Violence. Hate. Racism. These are words you often hear used to describe the alt-right. You know, the not-so-new “new” group of people who gained the vocal confidence have been emboldened by the uprising of Donald Trump? Well…these words would likely be a good assessment of those folks. After all, if you’re someone who thinks skin color automatically defines someone as “less than” or “greater than” you may suffer from a few insecurities.

But what if I told you (insert Morpheus meme here amiright?) that there existed a mirror image of the alt-right? An identical group who carried all the same descriptors in the paragraph above. For all you Stranger Things fans, imagine the alt-right, but in the upside down. A large swath of intolerant persons on the far left who we’ll call the “alt-left.”

Who are the alt-left?

These people are the same as the alt-right, only they choose different things to assign their elitism to, typically hot topics that leftists have made into buzz words. Allow me to explain. Let’s take all the descriptors we’ve previously used and make a really impressive table that will demand your respect because it is so cool. 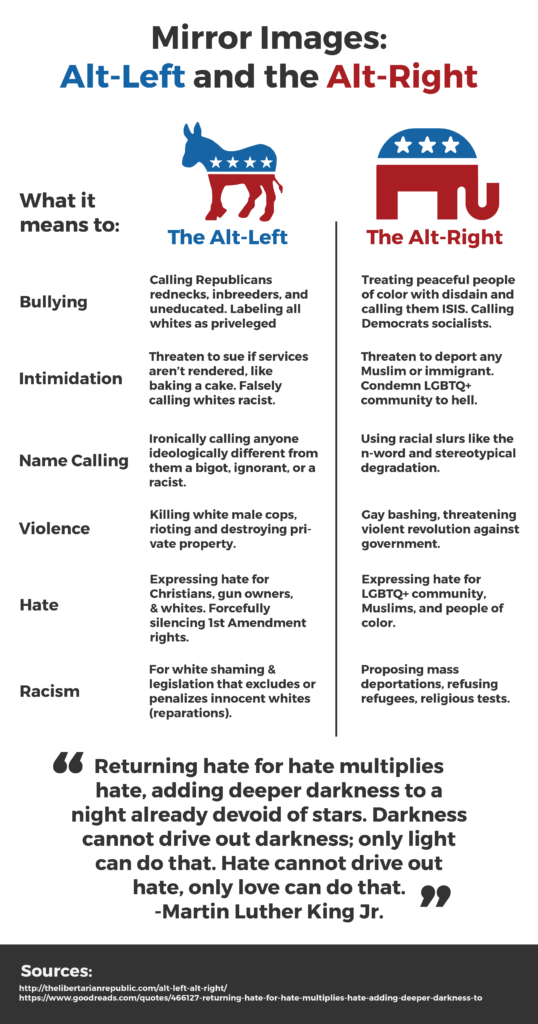 It’s worth noting that neither of these ideologies are acceptable. Anytime you value division over unity, what you’ve done is set us back. However, while the alt-right is considered wrong, hateful, and a shameful embarrassment to conservatives on the right…you know, the folks with actual values, it is also given the same (probably more) negative light through the liberal media, who love the shocking sound bites and angry, misspelled tweets now flowing freely from the alt-right’s subscribers.

That being said it makes one wonder if the lack of media coverage the alt-left receives makes the extremist group even more dangerous. They get less negative ink and yet get to disguise bigotry as intelligence and elitism as the high road. The left leaning media doesn’t necessarily feel good throwing people from their side of the aisle (even if they are terrible people) under the bus because, well, it just isn’t good for business…so they double down on alt-right stories. Fox News isn’t any different. They minimize alt-right headlines and double down on the heinous acts of the alt-left, but they don’t call them the alt-left…they just call them “Bernie Bros” or “SJW’s.” The fact is they are terrible people, just like some of the alt-right.

Don’t let alt-righties or alt-lefties (or any manner of “alts”) use their voodoo magic of hateful elitism on you. Stay diligent by learning from good books, teachers of freedom, and honest leaders. Associate with those who believe in ACTUAL inclusion, not exclusivity costumed as inclusion. Read the Constitution, and then read it again.

…and then read it again.

Dear Conservatives: At Least Be Intellectually Honest About Trump Riots

Hannity & Maddow Construct DeLorean to Go Back to 2005 Positions