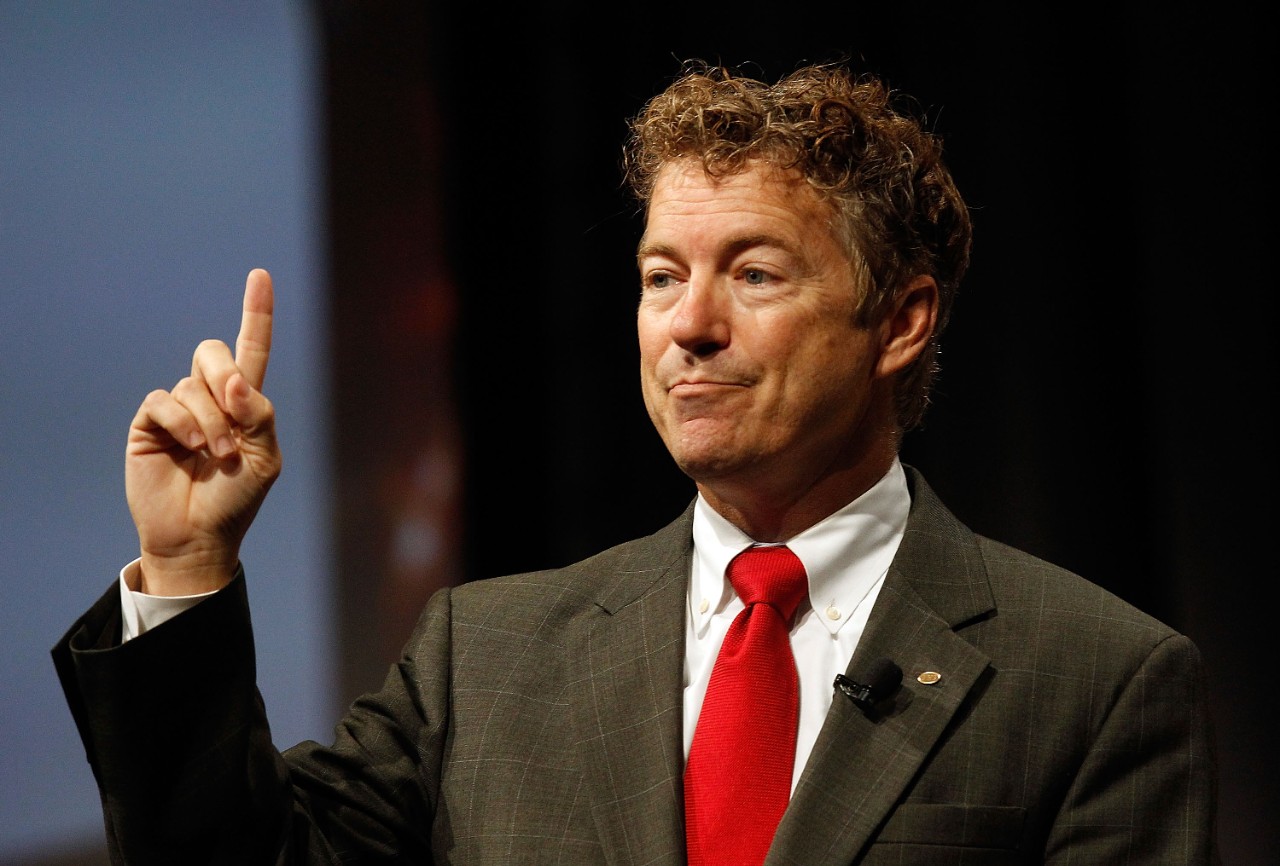 Two days before Christmas. The most wonderful time of the year. The halls have been decked, the stockings have been hung, and Senator Rand Paul’s annual Festivus Airing of Grievances is here.

This years airing gave Rand a Twitter Moment garnering much more attention for Rand Paul’s issues with the President, Congress, and even our favorite neo-con John Bolton.

Starting his grievances with “The foreign policy establishment” Rand addressed the flip-flopping of how two years ago they were claiming Trump would start “multiple nuclear wars,” but are now angry that he has stopped two wars in one week.

I’m going to start out with a grievance against the entire foreign policy establishment of Washington DC, who 2 years ago were swearing that Donald Trump was going to start multiple nuclear wars or something.

Getting a dig in there about the establishment’s bad foreign policy for the past 20 years, and how they just hate the President.

Rand is 100% correct in this, as for years the left has claimed to want peace. Now that Trump is the one pulling us out of unconstitutional wars it is “Russian Collusion.”

Much like Rand, I want nothing else for Christmas then to “Bring Them Home” and that is exactly what Trump has started, and will hopefully continue.

Now they are mad because he is STOPPING two wars. How about you just admit you hate the President, love war and have been wrong for the last 20 years on every part of foreign policy?

Consider that my Christmas present. You don’t have to get me anything else.

Rand stopped for a few hours, presumably reloading for an even nastier tweet storm and boy did he deliver.

The next target was the budget and the constant over spending that the federal government is leaving for my generation. Want a good reason Taxation is Theft? Well, I as a private citizen would never spend my money studying the sexual habits of quail on cocaine. I guess our representatives think otherwise though, according to one of Rand’s tweets.

Everyone's favorite frisky quail are back with an update on how much money they blew: https://t.co/vbTkpbKVOc pic.twitter.com/KjPL4fKzvt

I do like the idea of spending money to improve our own tourism though, too bad the US government is helping Egypt’s tourism market instead.

He targets more wasteful spending in the following tweets as well as where foreign aid is going.

I like the idea of borrowing money and paying it off later to help kids in Africa, but instead we are borrowing money, from China, then paying interest, to China, and also giving China foreign aid.

Speaking of which, buried in the foreign aid reports last year, I discovered something — we give foreign aid to China. So government is so dumb, it is literally borrowing money from China, to give it back to China, while paying interest on it.

I actually just got a picture of the Chinese family our tax dollars are going to today, pictured below.

To finish off the wonderful day, Rand started poking fun at some of his fellow congressmen and President Trump.

To start off, he went to go visit Elizabeth Warren, but sadly she was not at her assumed location.

I came to say Happy #Festivus to my friend Elizabeth Warren. Cant find her. pic.twitter.com/A4xSJ7Nf7x

I figure she is only there 1/1024 of the time, and spends the rest of the time with John Smith.

Rand then offered a very fiscally responsible idea for Trump’s wall, that I whole-heartedly approve of, and will be calling my Senators for soon.

I did something to help the President out though. I found him a wall I think will work on the border. pic.twitter.com/gx7ejwn1RU

Next target up was Rand’s former Presidential rival Ted Cruz, and the surprise he came back with after Thanksgiving.

Congress has now decided to shut down the government because they aren’t spending enough money. I got suspicious when Ted Cruz came back from Thanksgiving break with that beard. pic.twitter.com/y0r3dpFbbG

Ted really should have grown that beard before he ran for President. He looks less Canadian now.

I suppose Rand forgot that Ted lasted a little bit longer than he did in the POTUS race… must’ve been that Canadian charm. Sure as hell wasn’t their healthcare.

Only, a few tweets left from the Tweet storm, and the next target was The Dark Lord that loves war and destruction so much that he raged it on feminists during the Kavanaugh hearings. 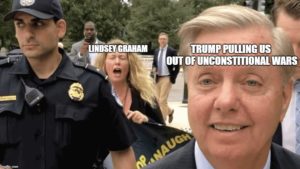 That’s right. The one, the only, Lindsey Graham. After Trump said we are pulling out of Afghanistan and Syria, Graham claimed it was a bad idea and would allow ISIS to grow. The only bad thing that came out of it for Graham was a sick burn from Rand.

My friend Lindsay Graham is a bit mad right now. You see, he’s never seen a war end before. He’s going to have to console himself with the fact that we still are in about 8 more. I know it will be hard for him, but I think he’ll get by.

I have to tell you; I haven’t seen a Senator who loves war this much since the Star Wars Prequels. pic.twitter.com/UFU242XYQK

The final insult went to well known warmonger and Trump adviser John Bolton. While John Bolton is widely unliked, Rand has a point of what is better than the idea of him having to end wars for the rest of his time in the White House?

I opposed John Bolton being hired. But I really can’t think of anything that makes me happier then thinking of him having to end wars for the rest of his time in the White House.

Rand ended reflecting on previous Festivus airings, and the past few weeks. He tweeted about about bipartisan legislation being passed, and the great help President Trump has been to get some things done just before Christmas.

I’m going to close today by talking about something good that has happened. In fact, some could even say it has its beginnings right here on #Festivus twitter a few years ago. I poked a little fun at my friend Corey Booker.

But then we exchanged some thoughts about bipartisan reforms we could work on, like hemp legalization and criminal justice reforms. Well, it’s a Festivus miracle because Congress passed and the President signed BOTH of those things this week.

All kidding aside, they were important, bipartisan reforms that show how Washington CAN work if people from both sides of the aisle get together on things that make sense. I’m proud to have been a part of both.

So everyone enjoy your feats of strength today. Air your grievances here or in your home. But remember, thanks to Donald Trump we are ALL saying Merry Christmas this year — so repeat after me: MERRY CHRISTMAS and HAPPY HOLIDAYS to everyone even the haters and losers.

And that was the “Festivus Tweetstorm of 2018” with lots of hot takes, and this one being the hottest.

Oh, by the way, before I go – Die Hard is a Christmas movie, don’t @ me pic.twitter.com/UukKhRCzCB

Three Times Keynes Was Not a Keynesian

Conor is a "bigly" Catholic, pro-life and liberty activist, sidewalk counselor, and regular campaign organizer/doorknocker. For fun Conor enjoys grand strategy games with friends, watching The West Wing, Star Gate, and the Missouri House of Representatives, and reading halfway through random books on history and Catholicism.