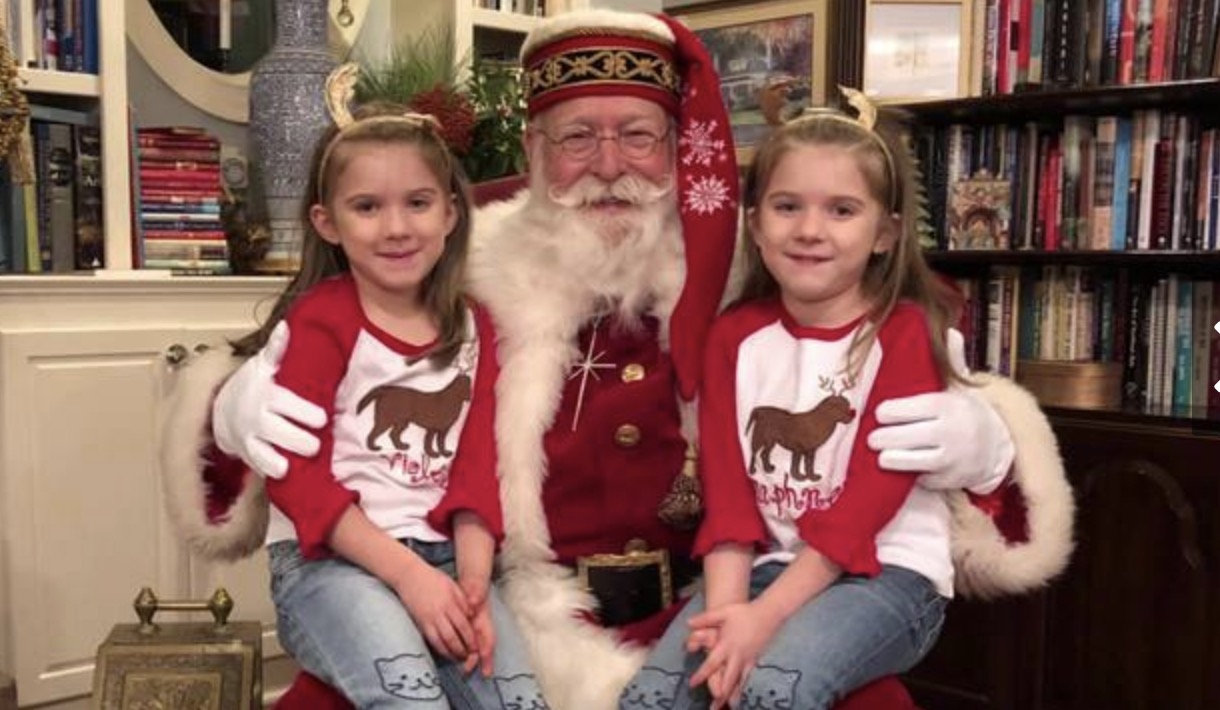 A Wake-Forrest NC man understands the heart of the Christmas season and the value of individual charity. Every year Jim Veyer decorates his home like a winter wonderland, sports a white beard, puts on one of the several red Santa suits he owns to spread a little love and holiday cheer to as many children as he can.

Just what is his inspiration for becoming the jolly old saint every year? Jim says he wants to create memories for children that he never had the pleasure of having as a boy. Veyer grew up in a local orphanage in Wake-Forest and says he never had any memories of Santa as a child. “I do not recall going to see Santa at all,” explained Dyer. “I actually grew up in what used to be called the Baptist orphanage in the state of North Carolina.”

After growing up an orphan Jim attended UNC-Chapel Hill and held down two jobs, Veyer explained that because it was during that time he joined the Army where he served in Vietnam and remained active for two decades it was there that he became Santa for the first time. “I just remember the joy the first time I put on the suit and seeing the children light up,” he recalled.

Since then Jim has dawned the Santa suit many times, meeting celebrities, visiting troops overseas and even making an appearance at Radio City Music Hall as the Father Christmas, but Veyer says those aren’t his happiest memories. “One of my favorite visits of all time was a child that lives in this area,” he remembered. “When I opened the door, she just lit up like a lightbulb. Unfortunately, that child died this year,” he added, sadly.  Despite his sorrow in the passing of the little girl, he is comforted by the joy their time together brought her. “That was the happiest child on the planet,” he said. “As long as I have a memory, I’ll remember it.”

Jim says taking on the job as the “Jolly Old Elf” is a great responsibility
“You get some heartbreaking requests. ‘Can you bring my dad home from combat zones?’ were probably the most painful ones. ‘Mom and Dad are having issues, grandmother died.’ Children can be very tenderhearted. They feel a lot of pain sometimes that adults may not recognize,” he explained. “You don’t always give tangible gifts. You give hope,” said Dyer.”Santa is a person who encourages others, shows the true meaning of Christmas, the spirit of kindness and love.”

Mr. Veyer’s example is a gift to us all not just at Christmas, but all year long. It is a reminder of the fact that in America we are good because we take care of people just because it’s the right thing to do and that we can take care of our own without the government sticking its nose where it doesn’t belong.