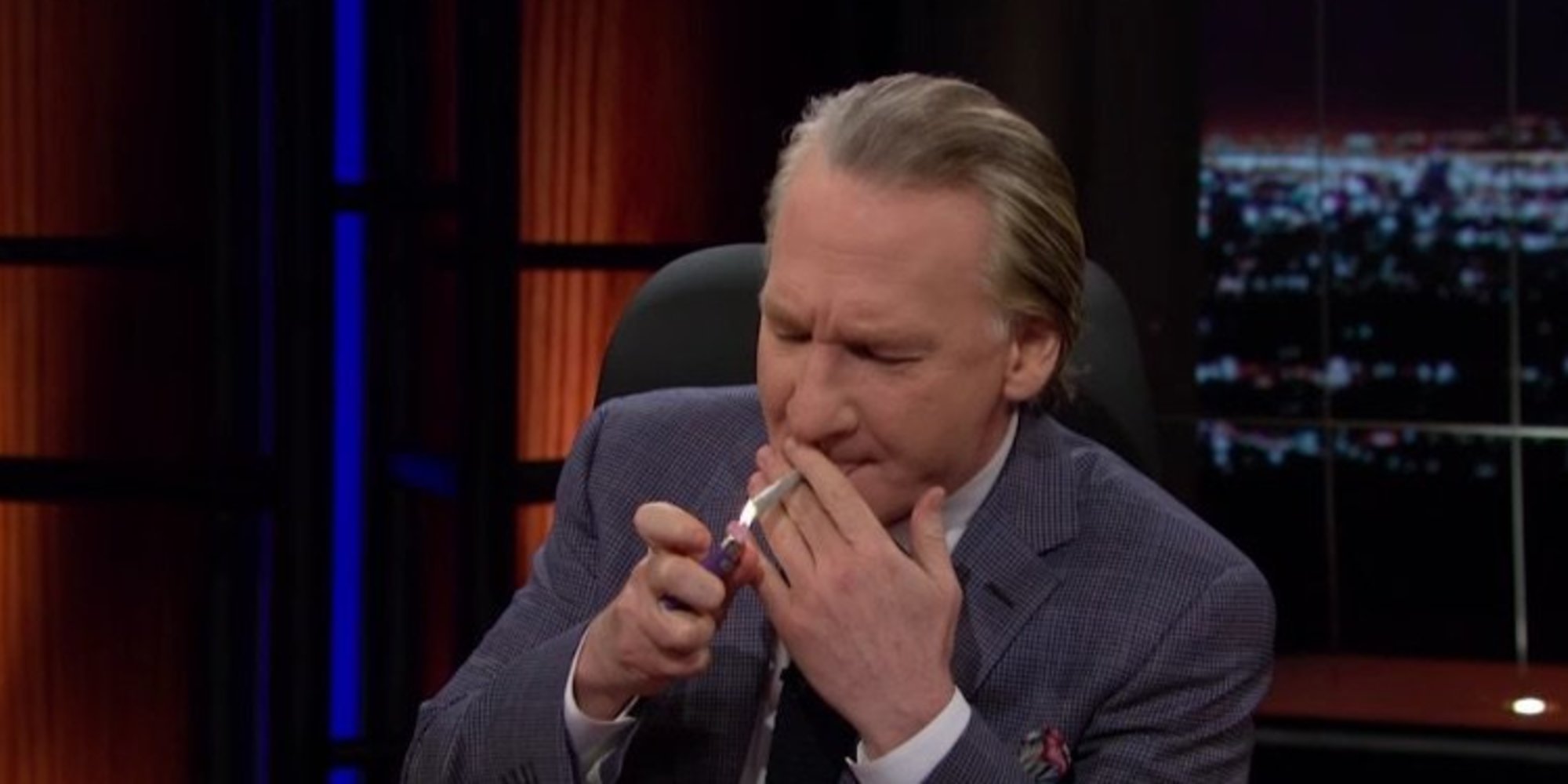 “The press is depressingly shallow. They blow up little things, speculate about conspiracies and constantly obsess about “who’s winning?” Offensive remarks are taken out of context and amplified. Days later, it’s forgotten and the media move on to the next sensational accusation.” – John Stossel

If you’ve ever purchased marijuana you’ve heard a string of adjectives that tell you nothing, but hope to entice and excite you about what you’re getting. You’re not smoking weed, you’re smoking “Jamaican Lambs Wool,” “Strawberry Kush,” “Pineapple Express,” and so on. In reality, you just wanna get you high.

Meanwhile, if you’ve spent any time at all reading news on the internet, you’ve seen phrases like “Could” “Weighs” “Might” “Slams” “Blasts” “Roasts” “Takes Down” “Calls Out” – designed to do the same thing; to trigger that part of your brain that’s excitable and enjoys juicy details of scandalous events – regardless of actual potency.

It’s said menu items with the most adjectives are the cheapest to make – and also the most profitable.

This is a long way of saying the news media is not your enemy but it’s also not your friend. It’s your drug dealer. A dopamine dispenser. It wants your money and gives you what you want, but if you’re not careful you’re gonna end up addicted, broke, on a very, very, bad trip, or with a baggie full of oregano.

Take a look at this article from Esquire, which states 40 million Americans lost their healthcare in the dead of night. They didn’t. I e-mailed them a week ago asking if there would be a retraction or clarification since no one has lost their healthcare. I have received no response. I imagine I’d have better luck asking for a refund on some bum weed.

(I have, in fact, seen a drug dealer give a refund).

With all the talk of fake news, the problem isn’t completely fabricated articles. It’s the kind of story I linked to above. Hyperbolic, inaccurate, and fear-mongering – stories crafted to anger and enrage you at the expense of facts and information and truth and balance.

Here’s another example of a story making a tenuous connection to reality, citing a blue-print from a third party foundation as the basis for what they believe Donald Trump’s Federal Budget would be. It *could* be that, but the story writes it like it’s fact. It’s not.

My point is that a free press, like a Saturday evening Mushroom trip, is among life’s greatest blessings –  when utilized responsibly. Responsibility includes being honest with your readership, defining your sources (even anonymous ones) and stating if you have a point of view – and challenging it.

You very likely know the perspective an outlet like “The Libertarian Republic” is coming from – it’s in the title. I ask tough questions of libertarian ideals (see below) in hopes of spurring discussion with people who either agree with the ideology or don’t. It’s a fulcrum for discussion.

Meanwhile, .Mic, Vox, Huffington Post, Fox News, Vice, The Daily Caller, CNN, MSNBC, Breitbart, and others rely on you to make that judgement on your own and can lead to a misinformed point of view if you’re not media literate enough to recognize the partisan nature of their publication. If you *are* literate, you can then disregard any story you disagree with as partisan nonsense.

Compare the Esquire article above to this piece from NPR about the exact same thing. What’s better written? What’s more informative? I think the answer is clear. Even if you believe NPR has a point of view – and you disagree with it, few would have qualms about NPR’s reporting here.

Which of the two stories do you think was more popular? What’s better?

“…It’s gonna get easier and easier… and more and more convenient and more and more pleasurable… to sit alone with images on a screen… given to us by people who do not love us but want our money. And that’s fine in low doses, but if it’s the basic main staple of your diet, you’re gonna die.” – David Foster Wallace

How did we get this way? When did news become an entertainment?

It is in the best interest of an outlet’s bank account to anger you and scare you and to make things worse than they sound – the more sensational, shocking, evil and personally offensive a story is, the more likely you are to view it and share it with your like minded friends. Here’s CNN’s homepage from a few months ago. It looks like the poster for a Red Dawn sequel.

It’s a for-profit enterprise and the squeakiest wheels get the grease of your shares, clicks, and impressions and ad dollars. A well balanced machine gets ignored and downsized. Stories about stupid Liberal Snowflakes and Homophobic Republicans create cash. Stories about understandably shocked young people and genuinely concerned old people who are watching the world change rapidly before their eyes, do not.

This is our fault. John Stossel has been doing excellent reporting for decades, but his audience is dwarfed by Milo Yiannopoulos‘ – who reports news, but is not a journalist. Stossel’s far less popular than John Oliver, Bill Maher and Trevor Noah – the voice of the young liberal base, and they too, are not journalists.

And here, again, libertarian ideology provides challenging questions. A free market dictates these media outlets, from the good ones to the bad ones to the racist ones, deserve to be heard and the cream will rise to the top.

But thus far, that top cream has curdled. Humans are pattern seeking creatures and we follow the path of least resistance. We seek to be gratified and validated. We have dangerously shrinking attention spans.

Personal responsibility bares little comfort too. Our news outlets are cutting information with baking soda because their audience demands it – otherwise we’d all watch CSPAN. The personal responsibility of journalists to inform the public has mutated into gratifying us. Validating us. Even if it means doing so via speculation.

The american public needs to get clean, and fast, else succumb to a systematic weakening of fact based journalism in favor of cheap highs and tabloid speculation. If I have to read about “officials” in a story one more time, I’m going to scream.

Perhaps at some point the American public will grow weary of being told what they want to hear.

Until then, smoke up – the news tells me Trumps administration ain’t fond of the wacky tobacky. Either kind.