“Let’s talk about heroin. I’m pro…legalizing” That will likely get you as many strange and concerned looks at your family gathering as coughing around the dining table. Facing the difficult topic of drug legalization is retired police officer and current criminal justice reform lobbyist, Howard Wooldridge. Howard wears a shirt that boldly proclaims “Cops Say Legalize Heroin” and spends his days lobbying Congress about drug reform. I talked to him for about an hour in an attempt to understand decades of justice blunders.

Wooldridge was a police officer for 18 years: 15 in patrol and 3 years as a detective. He worked throughout the late 70s, 80s, and early 90s. As the Drug War heated up, he saw a shift from police officers focusing on protecting the community from outside threats to protecting people from themselves, “I watched colleagues spend hours ripping apart a car to find a little bit of marijuana.”

The waste in taxpayer money, officers’ time and effort, and diminishing of good law enforcement motivated him to become a force in ending harsh drug policies. After retiring as a police officer, he became a lobbyist in the late 90s, “As a former police officer, I had some credibility on the issue.”

Wooldridge tells me that the most realistic hope to reform drug laws is simply to go back to the Constitution. “The most impactful thing that could be done is to bring 10thAmendment [state’s] rights’ back to drug policy.”

An example of this is the STATES Act,which was initially sponsored by Elizabeth Warren (D-Ma) and Cory Gardner (R-Co). Obviously, there is broad bipartisan support for drug reform and the states are showing this by legalizing marijuana and decriminalizing drugs. Wooldridge points out that extremely liberal California and conservative Oklahoma have something in common; “they both have legalized marijuana.”

“Eight to one of those I talked to at CPAC [Conservative Political Action Conference] agreed –after I gave my explanation– that heroin should be legal.” However, he adds, “Probably 95% of people who didn’t hear my argument would answer no”. Wooldridge believes that this change in conservatives’ opinions on the Drug War is because drug addiction has hit all demographics, including those at CPAC. “Nearly everyone I talked to had a heroin overdose death in their family.”

He is clear that legalizing drugs does not mean that drugs are good. In fact, he knows exactly how deadly and harmful drugs like heroin are, and “that is why addiction should be treated in hospitals, not prisons”.

A prison only perpetuates the problem because “once you get out, you have lost rights like voting.” Wooldridge is referring to the black mark of a felony offense that dubs you a felon for the rest of your life, makes it difficult to find legal employment, and be a productive member of society.

Yet, CPAC denied Wooldridge an opportunity to present and explain why cops say legalize heroin. He tells me that about two years ago, he talked to Matt Schlapp at the American Conservative Union (the ACU runs CPAC). They reviewed his presentation and turned him down, “it is just my prejudice that makes me think my presentation [questioning the drug war] would outrage some of CPAC’s older donors”.

Packing Up His Horse

Wooldridge –who goes by the nickname “Cowboy”– makes it clear that the criminal justice reforms recently signed by President Trump are just a tiny part of what needs to be done. “I tell people on Capitol Hill, legalize all drugs and I’ll pack up my horse and go home.”

He refers to the Portuguese model as the ideal way to proceed. The Portuguese have legalized all drugs and treat addiction as a medical problem, instead of criminal. “There is a bill that will be introduced in Congress that is calling for something similar to Portugal.”

However, he is well aware that at this moment the bill is not going to pass, “but that’s how we start talking about things.” He knows that nothing is going to change dramatically by tomorrow, but he’ll accept incremental progress on the subject while fighting for the future… in his shirt that reads “Cops Say Legalize Heroin”.

The first major person in the modern era to call for legalization of heroin was in the mid-70s by the Baltimore Mayor Curt Schmoke. I stand on his shoulders. 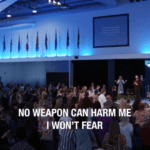 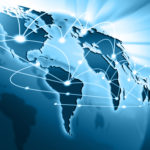