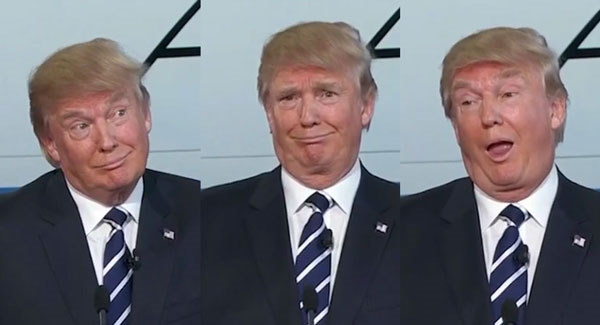 This week’s CNN GOP Debate managed to squeeze in some much-needed discussion on some major issues ailing this country, such as the government’s role in the drug war and our foreign policy. However, it certainly did not fall short in providing some embarrassing, and simply downright awkward moments on behalf of the Republican Candidates for the 2016 Presidential race.

1. Jeb Bush enjoying that low-high five a little too much.

After having suffered the remarks from Donald Trump that he was “low-energy”, Jeb joked that his Secret Service Codename would be Eveready, “it’s very high energy, Donald”.

Trump laughed and nodded in agreement before Jeb would reciprocate with the slap heard ’round the world.  It almost appeared that Jeb took advantage of this opportunity to slap Trump as hard as could.

Yet Another Academic Is In Trouble For Being A Fake Indian