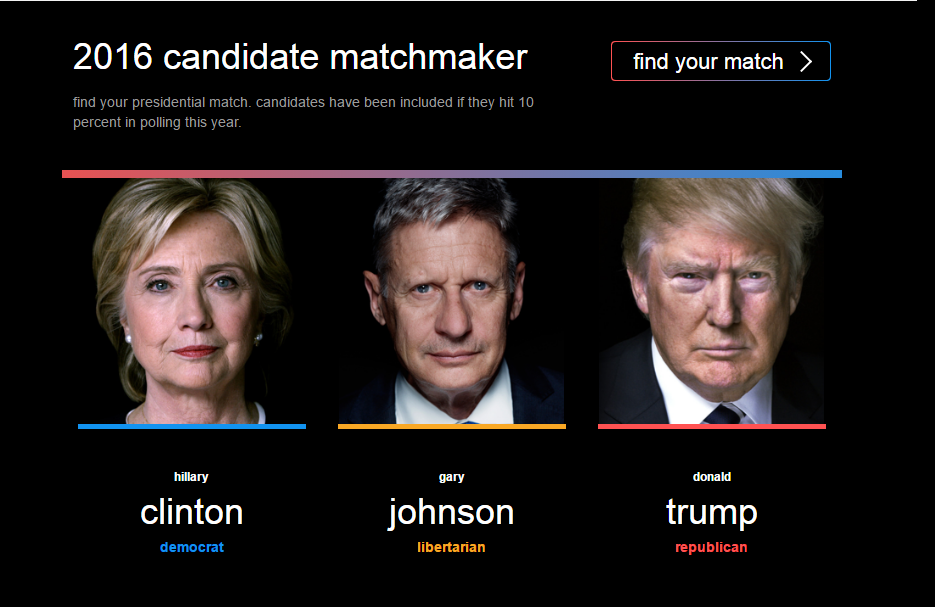 In the latest boost of confidence for Gary Johnson, he was included in CNN’s newly-released “candidate matchmaker.” The service provides a series of ten questions to dictate to the user which candidate most aligns with his or her beliefs. CNN had previously created the same quiz for the primary season.

While far from exhaustive, the quiz does gaze into controlling principles. It is far from the first of its kind, as Political Compass, ISideWith, and Spekr provide a slightly different, but largely similar experience.

The quiz provided by CNN is notable in that it could expose more Americans to the Johnson campaign. The candidate himself often urges voters to “Google” him. In the past, he has also suggested taking the ISideWith quiz to show people that they are actually libertarian.

Also interesting is that CNN indicates that “candidates have been included if they hit 10 percent in polling this year.” This means that the cable news station envisions some type of legitimacy in the Libertarian ticket. They have seemingly shown as much by hosting Johnson and his running mate William Weld for two primetime town halls.

Supporters of Johnson can therefore hope that more people discover their inner-libertarian through these quizzes. Perhaps in an era of social media, this is the simplest way in which Johnson can gain more traction.