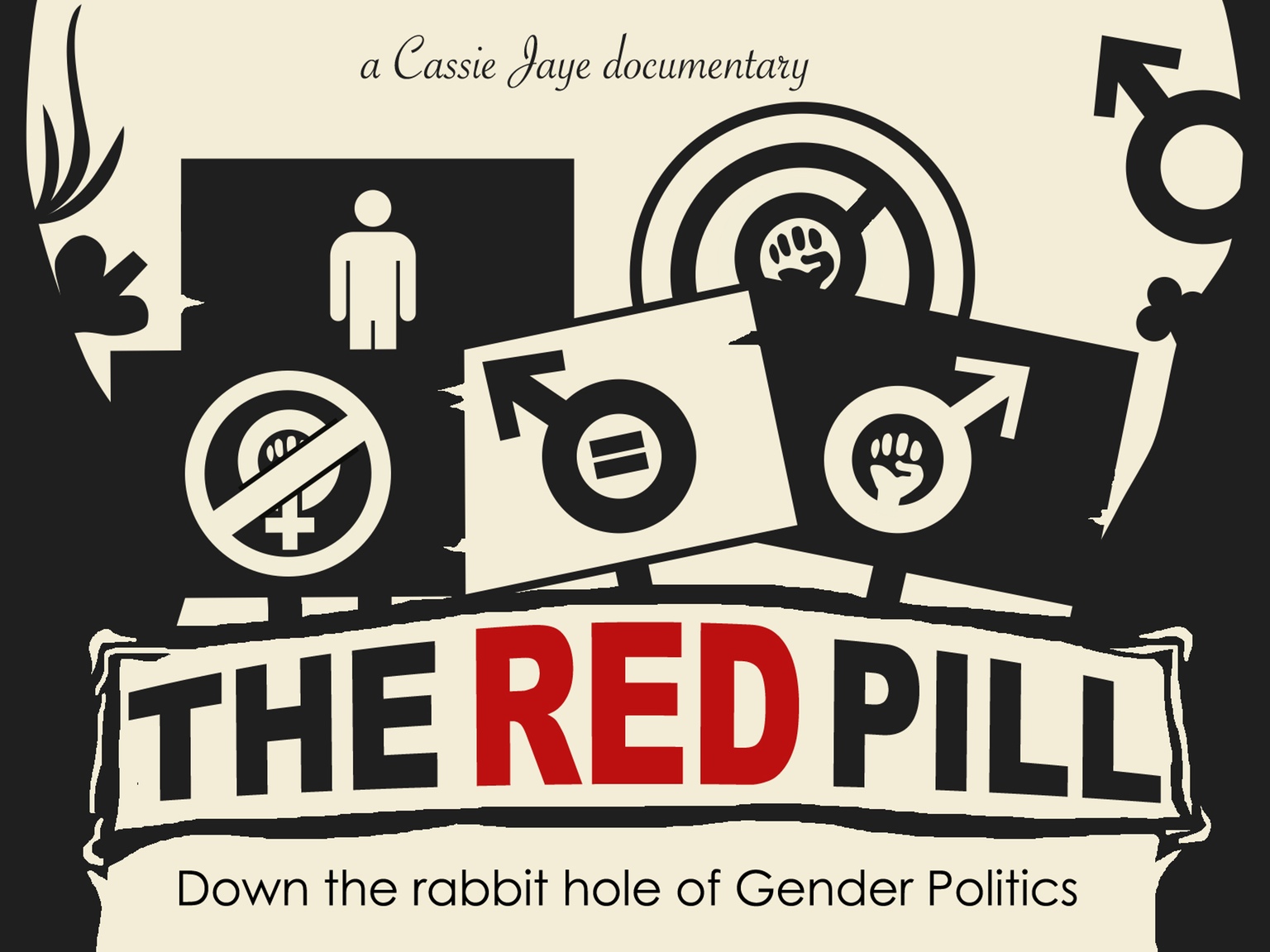 Have you heard about this movie “feminists don’t want you to see”? It’s called The Red Pill.

If you’ve paid attention to Breitbart, you’ve probably seen the headlines and the content: a feminist set out to make a documentary about Men’s Rights Activists (MRAs), and while she was there, she started to question her beliefs. When it came time to fund the film, she found a few hurdles: executive producers wanted creative control and had a particular vision for the film (not uncommon, really); also that it didn’t fit the standard feminist criteria for the grants she would have applied for, and her applications were rejected under the human rights criteria, for reasons that haven’t been elaborated upon.

The public was told by certain writers that feminists were “in a meltdown” about this film.

David Futrelle, of We Hunted the Mammoth, composed an open letter to the director of the film, Cassie Jaye, questioning her motives and declining a previous request for an interview. Besides that, a search of popular feminist websites Jezebel, Bustle, and Feministing for either Jaye’s name or mention of the film result in literally no search results.

So where are all these outraged, angry feminists who are “melting down” over this film? Where’s the feminist critique?

Here’s a mild post from a feminist blogger known for critiquing the “manosphere” who stated she “won’t be donating. I’ve heard enough of woman hating to last me a lifetime.” — but that’s a far cry from “melting down” and attempting to keep a film from being seen. Another post expresses disappointment that Jaye didn’t request an interview with her as she’s been researching the claims made by the Men’s Rights Movement (MRM) for years, and tells Jaye “You’re free to do what you will Cassie” while warning that the MRM is not going to be as friendly as she thinks.

I’d like to point out something that should be obvious to my fellow free-market types, but seems to require stating: deciding not to fund a film does not equate to seeking to censor it. If I refuse to buy something it doesn’t mean I support it being banned. I’m getting really tired of the rhetoric that by not wishing to support something, someone is actively “against” it.

I don’t doubt Jaye has likely received emails from all sorts of people about her views and what little the public knows about her documentary – and certainly some may have been hostile feminists, or hostile MRAs, or just general internet trolls. She stated in her Reddit AMA and interviews that a number of people didn’t want to work on her film because it was taking on the topic of the Men’s Rights Movement without being a feminist perspective on it. She also said an intern was watching interview footage and was having panic attacks and didn’t want to work on it anymore.

I also don’t doubt that there are plenty of feminist trolls and sock-puppets out there. This is a common thing within the MRM as well. The previously mentioned blogger actually documented a ton of obnoxious comments during a Livestream interview with a well-known Gamergater. I think it’s worth noting that in regards to comments and tweets on the internet: if you’re going to freak out about hostility from feminists, you might want to check out the comments from some MRA folks. I believe there’s a glass house and some stones to check.

Since the media that has bothered covering the story of this film has mentioned hostility from feminists, it is important to note the other interesting problems Jaye has dealt with since she began filming. From Vocativ —

“It turns out Jaye understands fear of MRAs. “I luckily moved recently,” she said toward the end of our nearly three-hour-long conversation, explaining that some of the men she interviewed had her home address. “I was really glad to move.” Such is the conflicted and at times contradictory nature of her relationship to MRAs.

On nearly a dozen occasions, she received calls in the middle of the night from one of her MRA subjects. (There were multiple emails, too.) Jaye implied that her repeat caller had on the mind what one might charitably call romance—but that isn’t her only worry.

“I think any bad seeds would probably want to see the film first before taking me down,” she said with a laugh. What if they do see the film and view it as unfavorable, though? “I guess I could go into hiding,” Jaye said. “Do I want to have any kind of allegiance to them to make sure I’m not harmed in the end?” She paused, the question lingering, and then explained that her video diaries show her reacting negatively to the MRAs, but that those clips were part of her early “evolution” on the subject. “I think that protects me from people wanting to attack what I said then,” she said.

The implication seemingly being that the position she ultimately came to would not make MRAs angry with her. “I think it’ll be OK,” she said.”

Frankly, I’ve seen some casual commentary from both feminist and MRA sides to worry about Jaye. Not that I think she’s in physical danger, or has been brainwashed, or is seeking brownie points from “THE MEN”, but that by refusing to pick a side, she’s unfortunately lacking in many “easy” ideological allies (“feminist good/MRA bad”, or vice versa). It’s something I’m used to myself, as a libertarian feminist blogger who often discusses men’s rights issues such as false rape accusations, paternity rights and circumcision, but I’ve never done something as big as her project, nor attracted so much ire for it. I know that many on both the feminist and MRA sides don’t trust her and I find that unfortunate, for both them and her.

There are those of us out there who do attend conferences and sit in on talks from the other side. Many of us refuse to get caught up in a gender war, and believe it is possible to fight for men’s rights while being a feminist, because rejection of traditional gender roles will benefit men on issues like conscription and more.

I contributed money to Jaye’s Kickstarter campaign myself, because I want to see what she made. Because I think humanizing people is good. Maybe I’ll watch it and fact check it the entire time. Maybe I’ll hate how she depicted one or both movements. Maybe her movie will inspire a bunch of articles from me. I don’t know yet, but I won’t get to decide how to react to the content of the film until I’ve gotten to see it, and that’s worth my money.

One thing is for sure – Cassie Jaye has made a film which may change the conversation. By validating people, by encouraging closer looks, and by being willing to explore doubt. Maybe there are feminists out there that are worried she’s offering legitimacy to those they don’t want to have any, but this feminist is curious what productive purpose MRAs could do with a little good press.

If Jaye’s felt “abandoned” by feminism lately, I’m here to remind her and the rest of the sensationalist blogosphere that some of us feminists are perfectly fine with hearing other views and supporting free speech and I see her as a brave individual searching for truth – and when I see her film I can find out if she’s found it yet.

New Mizzou President Is Another Win For Protesters