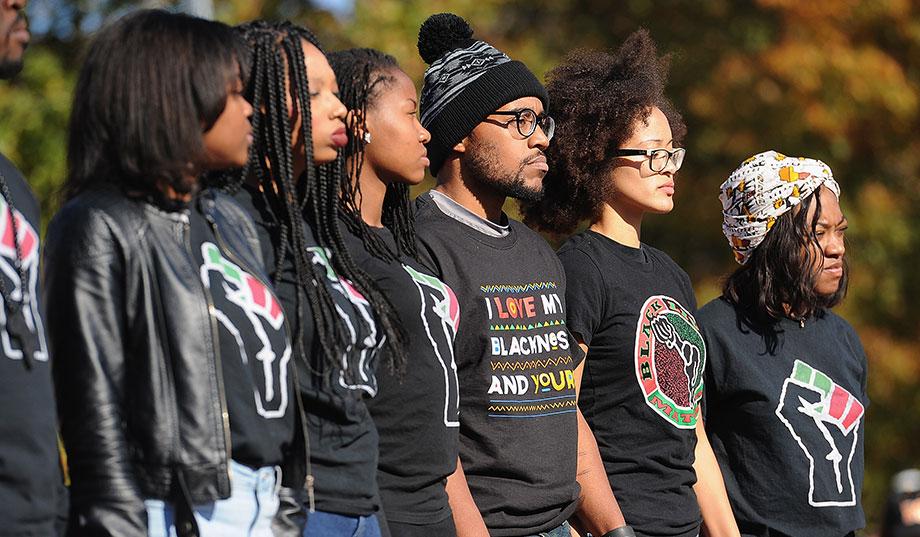 Protesters at the University of Missouri won another victory Thursday, when the school’s Board of Curators announced the candidate they handpicked as the university’s new interim president.

Mike Middleton graduated from MU for both undergrad and law school (becoming the law school’s first black graduate), and recently retired after 17 years as deputy chancellor of its flagship Columbia campus. He’ll replace Tim Wolfe, who stepped down Monday in response to a wave of protests that climaxed with a strike by the football team.

Activists accused Wolfe of not doing enough to resolve racial tensions on campus.

Middleton’s appointment is a major victory for student activists, some of whom he’s been meeting with over the past several weeks. Concerned Student 1950, which spearheaded black student protests in October and November, endorsed Middleton. And the graduate student protest group MU Policy Now also called for his appointment in a letter to the Board of Curators Tuesday.

Middleton announced in a press conference Thursday that his first priority as president would be addressing thelist of demands put forward by Concerned Student 1950. “I intend to lead this university toward satisfying each and every one of those demands that can be satisfied,” he said.

Concerned Student 1950’s demands have included setting a quota to make MU’s faculty and staff at least 10 percent black, as well as the creation of a “racial awareness and inclusion curriculum” directed by non-white students and staff that would be mandatory for all students.

Middleton didn’t say which demands he regards as feasible or whether he thinks any of the demands are not feasible.

Middleton helped found MU’s Legion of Black Collegians while a student at the school in the 60s, which presented its own list of demands to the school in 1969. During his press conference, Middleton said he has kept a copy of those demands on his desk, and crosses off parts when he believes MU has made sufficient progress.

The list called for increasing the pay of non-faculty staff, upping the number of black faculty and labeled MU a “haven for comprehensive institutionalized racist and political repression.”

Middleton said his race likely played a role in his hiring, and would open his appointment as interim president to criticism.

“I suspect that my color will be met with much criticism from parts of our community; I also suspect that my color was a factor in the judgment that I was the person, at this time, to take this job,” he said. “Color in this country is an issue that is considered, that affects many, many decision that are made, positively and negatively.”

Middleton said he is not currently interested in being named permanent president, though he didn’t say he would refuse the position if offered it.

This Feminist Donated To “The Red Pill”… Here’s Why