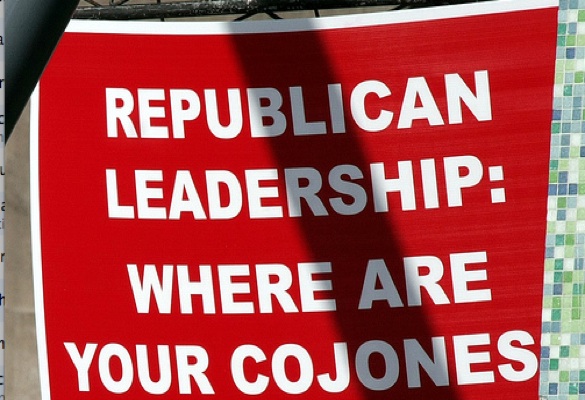 Back in January of 2014, longtime conservative activist Jimmy LaSalvia left the Republican Party, citing amongst other factors, the GOP’s unwillingness to work with gays. He was a member of the Log Cabin Republicans, an organization founded in 1977, advocating for gay and lesbian rights within the Republican Party. He was also a co-founder of GOProud.

His decision to leave the GOP was a public one and caused quite a stir, particularly amongst people within the Republican Liberty Caucus, as there was always hope that Republicans could learn to apply their small-government lip service to social issues and be inclusive and open to people usually catered to by the left.

There were many people who wrote off the Republican Party during the Bush years – I certainly did. Others stood by it.

This year at CPAC, Reason TV observed a large contingent of attendees who either supported or simply didn’t get too oppositional about the concept of gay marriage. Coupled with David Koch’s recent support of the Supreme Court overturning gay marriage bans, and the large list of Republican and conservative players who followed suit on that, it appears the GOP may finally be getting a little gay friendly.

There are outliers of course, like Ben Carson and his comments on CNN last week, but the win of that situation is that the GOP is figuring out that comments like that disqualify him from being a viable candidate for president. Which is an awesome evolution for the party.

It looks like there are huge changes happening in the GOP lately, and honestly, I’m really impressed, considering how enormously awful the Republican Party of George W. Bush was.

Organizations like Log Cabin Republicans and the Republican Liberty Caucus, as well as people like Ron and Rand Paul are really starting to make a difference within the Party, and it’s beginning to rock the establishment. Ten years ago, I told people in both of those groups they were wasting their time, as I was working within the Libertarian Party and I wanted their support for the purism I believed in. I was wrong to tell them to stop what they were doing.

Every day I am told by my fellow libertarians to give up the word “feminist”. On a thread where TLR’s editor Austin Petersen introduced me as a new feminist writer for The Libertarian Republic, I was told numerous times that I was a moron for using the term, that I wasn’t a feminist, that I wasn’t a libertarian or that I was obviously a Marxist. I think I handled some of those critics reasonably well.

I get it though. I understand that my fellow libertarians especially fear the term “feminist”. They’ve seen the ideals of gender equality bastardized by the mainstream left to suggest that the government can solve the issues that feminism was established to address. I’ve been told my fellow feminists are fighting not for equality but for supremacy. They cite radical examples of the worst kinds of feminists and I feel shame that my activism for skepticism of gendered assumptions and my defense of individuals is in any way affiliated with these people.

I’ve been told there’s a Feminist establishment, that Feminism is a monolithic, organized movement worthy of capitalization of the word. I’ve been told I do not share those views, or if I do that I am wrong, and that my use of the term “feminist” is foolish and stupid because it doesn’t mean what I suggest and I’m helping “them” along when I use it. I’m told there’s already a word for equal rights, and it isn’t such an “exclusive” term such as Feminism.

Those of us who insist on being feminists standing beside a tide of non-liberty-feminists remind me a bit of those dissident Republicans who refused to leave and join the Libertarian Party when I asked them to. I told them they were working against their own interests because Republicanism only pretended to care about small government and I could point to hundreds of ways it was failing at that. To this day, I have differences with the Republican party I can’t rectify. Regardless of that, however, I can’t fault Rand Paul or his father for staying with the GOP, or every Liberty Caucus member, or every Log Cabin Republican. Seeing the new wave of Republicanism, I am glad they stuck it out and fought from the inside. They’ll keep fighting, and even when I loathe particular aspects of the GOP, I’ll support the Liberty Caucus as often as I can. As a comparison, my particular strain of feminism is like the Liberty Caucus and I believe the larger feminist movement is like the GOP.

I’m not alone here: I can refer everybody to the Association of Libertarian Feminists, an organization I belong to and support. I want to send everyone I meet to articles written by prominent libertarian feminists including Sharon Presley, Cathy Reisenwitz, Wendy McElroy, Camille Paglia —  women who all call themselves feminists and are also not scared to criticize the mainstream feminist movement or the assumptions it makes about the role of government.

Feminism is not defined by its most extreme Tumblr social justice warriors. Republicanism isn’t defined by the Bush administration’s abandonment of the Constitution or principles in general.

I keep thinking of the Republican Liberty Caucus and of the Log Cabin Republicans. These groups I discouraged from their work, groups I told to give up because there’s no point fighting the massive establishment. Many of them kept on. They kept trying. They kept influencing, and building bridges where others would not.

They have affected change within their party.

Sometimes it’s slow, sometimes it goes backwards, sometimes it’s not good enough. But they’ve decided the best way to affect change in favor of their minority opinion within a giant establishment is to play the game, not stand outside criticizing it.

A friend of mine once called me a “dissident feminist”. I tend to like that, I use it in my by-line bio at the bottom of my articles. I see it like my friends who call themselves “libertarian Republicans”.

I am a feminist. I fight inside a larger movement, one that is far less “officially” established than the GOP. Sometimes other feminists work against my interests when they think the state is the solution. Sometimes they work with me. Sometimes they need another voice, beside them, saying “I see this problem too, and I have a different way to solve it.” Sometimes they don’t listen. Sometimes they attack back.

That doesn’t make what I believe in wrong. There is a powerful movement, and I’m not going to sit outside being the purist I’ve been before, while watching it potentially betray the incredible progress it has made for generations of women. There is so much left to do, so many other things to talk about that feminism can help illuminate. I’m going to be there, side by side with these other feminists, talking to them, influencing them to peaceful, non-government solutions and libertarian perspectives. I am going to deal with libertarians telling me daily that it’s impossible to fix feminism and I should leave for a more actually “humanist” movement. I’m going to keep trying anyway.

This era of hashtag outrage and phase of extreme dichotomies is just that – a phase of feminism. It doesn’t destroy the worthy goals I believe feminism has. This is, at worst, feminism’s Bush era, and at least we don’t bomb entire countries and begin massive surveillance of our own.

I wouldn’t have predicted the change in the Republican Party, and there’s many people who doubt a future evolution in feminism. I’m not writing it off as a concept or a movement. I’ll be here, fixing things from the inside. I’ve got a better chance than those complaining from the outside. Those who hate and fear feminism should work on getting over that. It’s here to stay, and I’m here to make it better. 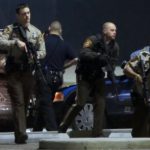 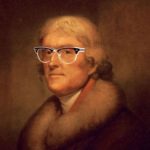