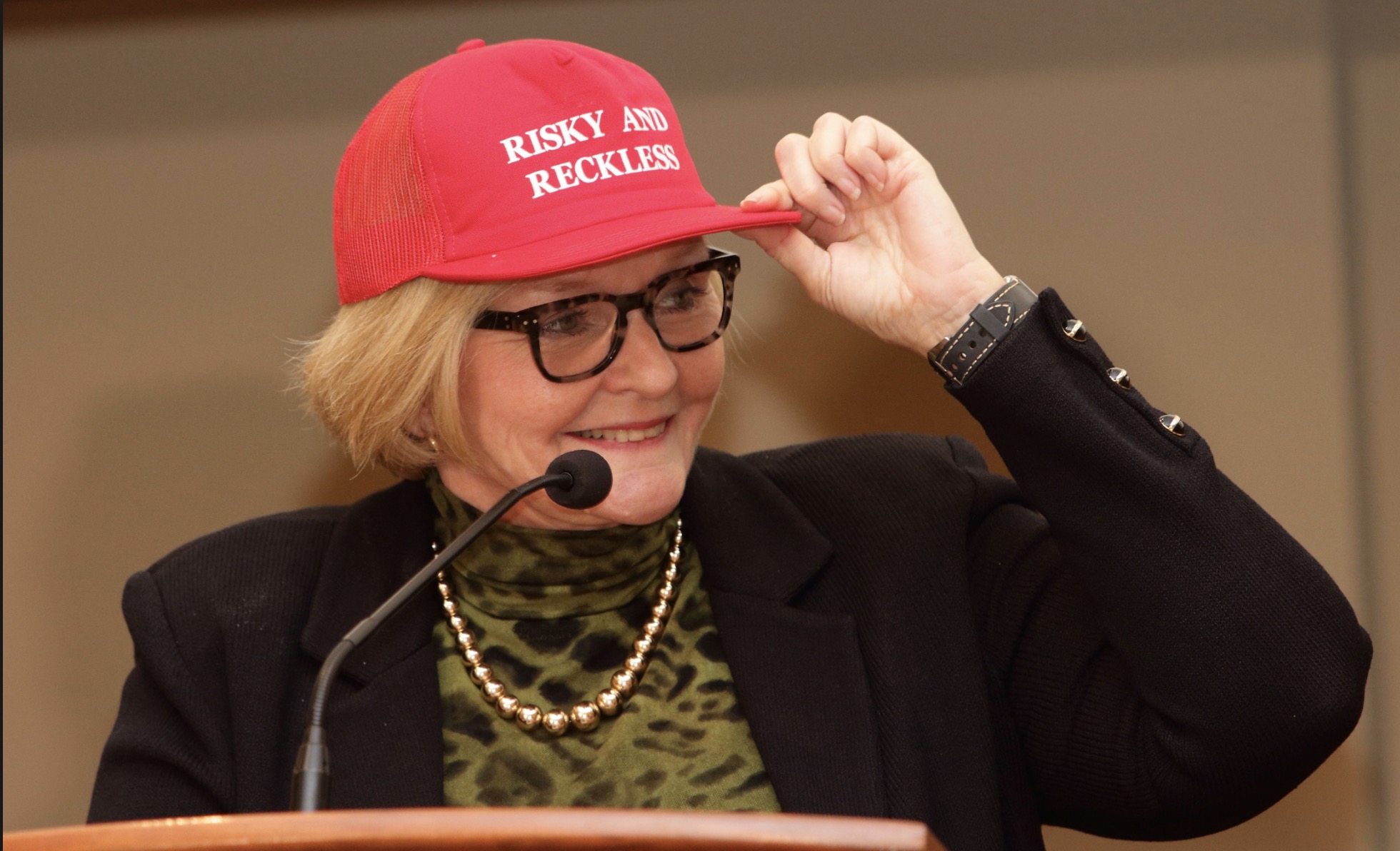 Last night, 19 Democrat Senators voted to give Trump vast surveillance powers, by voting to shut down debate on the FISA, the 4th Amendment, and due process. Surely, this can only be wise if they trust Trump not to abuse such powers.

Senator Tom Carper lamented that “the President-elect still cannot guarantee that protecting the American public and upholding our Constitution will be his only focus”, and that therefore “Trump must completely divest his business interests and establish a qualified blind trust controlled by an independent third party” because Trump’s so trusted to do the right thing despite conflicts of interests.

Senator Bob Casey Jr. lamented, when talking about the end of DACA, that “Our government promised them that they would be protected if they came forward and now President Trump is breaking that promise.” But, of course, that doesn’t mean Trump would ever break his promise to uphold the Constitution and not abuse FISA as past Presidents have.

Senator Cortez Mastro has called Trump a “hypocrite“, and specifically labeled him untrustworthy. To drive home the point of what to expect from a President Trump, she said “Well, I don’t know about you but I don’t want Donald Trump anywhere near our nuclear launch codes.” Of course, that was before he was elected. I’m sure Trump’s given her every reason to trust him since that point.

Joe Donnelly has often intentionally avoided criticizing Trump, and I’m sure that’s because he trusts him and has absolutely nothing to do with hailing from a pro-Trump state. I’m sure Heitkamp is in the same camp. Joe Manchin also being relatively amiable yet hailing from a Trump state as well is obviously just a coincidence, and I’m not sure why I even mention it.

Eight weeks into Trump’s administration, Tammy Duckworth said “The American people deserve a President whose word they can trust, but President Trump’s broken promises are adding up quickly and it hasn’t even been two months!” However, she held out hope. “I hope the President realizes this and he uses his speech tonight to quickly change course and offer a positive vision for our country. Then he needs to follow it up with action—otherwise his broken promises will keep adding up.” Thankfully, he’s had nearly a year to correct her poor first impressions with a positive vision for the country and following such a vision up with action. Maybe he won her over when he signed the tax reform bill.

When Diane Feinstein released the transcripts from congressional testimony from Fusion GPS (the firm behind the Trump dossier including Trump ties to Russia) over Republican objections, I’m sure it could only have been for one reason. To once and for all prove his innocence. I mean, the report only alleged Trump ties to Russia and Putin gathering compromising information to blackmail him with. It didn’t fully prove such collusion beyond a shadow of a doubt or anything, and I’m sure that’s what Feinstein assumed would be the media and public takeaway.

Maggie Hassan made a big deal in her Senate race over whether or not her opponent supported Trump, but I’m sure that was only politics. Besides, she openly said that “Hillary Clinton is trustworthy“, so it’s not like her standards are really all that high.

Maybe new Senator Doug Jones does trust him. He is new, and I’m sure the atmosphere of his new workplace in Washington D.C. will help him maintain trust in people. After all, government is just “the people”, amiright, Democrats?

Angus King isn’t even technically a Democrat, but he was, he claims, “deeply troubled” by the White House influence on the Trump-Russia investigation. I’m sure that what troubled him is that the White House would push for more robust investigations in order to prove their innocence more completely, which would be a waste of time given that King already believed Trump to be trustworthy.

When Senator Klobuchar claims that Trump shouldn’t “pussyfoot around the law“, what I’m sure she meant was that he shouldn’t grab the law. He should just let it go and do his own thing.

When McCaskill called Trump a “snake-oil salesman“, I’m sure that she truly believed in snake-oil as a product, and was likening it to the fabulous Trump brand which has been on everything from steaks to airlines.

When Bill Nelson called Trump actions “shameless political stunts“, I’m sure it’s just that he views politics as a noble profession centered around community organizing, and by ‘shameless’ he meant ‘transparent’.

When Gary Peters demanded Trump release his tax returns, I doubt it’s because he thought Trump was hiding anything important in there that the public should see. He was merely giving free advice to lay everything on the line so voters could gain clues into his business dealings and net worth, and trust Trump even more, armed with the knowledge of how much he donates to charity.

When Jack Reed was caught on hot mike saying Trump was “crazy“, and that he was truly “worried”, he must have meant crazy like a fox and that he was worried only for America’s enemies.

When Senator Shaheen said the White House was “undermining trust and confidence in the rule of law“, she meant this as a positive thing, given that she thinks it should be above the law and even the fourth amendment.

When Mark Warner said that the Trump-Russia investigations made him feel like he was “living in a spy novel“, he probably meant that it provoked feelings of patriotism and nationalism to know how pure the office of the Presidency and everyone who holds that office is compared to their counterparts in the former Soviet Union.

When Senator Whitehouse said the White House “rejected basic science” with their choice of nominees, he wasn’t saying the White House rejected truth. He probably just meant the soft sciences.

For what it’s worth, Republicans are the party who trusted Trump enough to make him their nominee, so it may make sense that many joined with these 19 Democrats in expanding his power. I’m sure, of course, that Republicans must have tried to restrain executive power when Obama was President, though.

If you’re not as trusting as these Senators, and think the 4th Amendment might actually be a good idea, you could add your name here.

Tips on Raising Capital for Your New Business

Hospital Sent Into Lockdown After Umbrella Was Mistaken For Rifle