Maine Republican Sen. Susan Collins said that President Donald Trump should reveal whether or not he has recordings of conversations with former FBI Director James Comey during an interview on CNN’s “State of the Union” Sunday.

“This is an issue that the president should have cleared up in his press conference,” Collins said. “He should give a straight yes or no to the question of whether or not the tapes exist.”

Trump addressed Comey’s testimony before the Senate Intelligence Committee, calling the former FBI chief a “leaker” and denying that he ever asked Comey for his loyalty during a private meeting between the two men.

Trump said that he would not rule out the possibility that tapes of his conversations with Comey exist, telling reporters Friday, “I’ll tell you about that maybe sometime in the near future.”

“Oh you’re going to be very disappointed when you hear the answer, don’t worry,” the president continued.

If the tapes exist, they can be subpoenaed if they are found to be evidence in a criminal investigation. Former President Richard Nixon’s secret tapes were discovered during the Watergate investigation in 1972. A special prosecutor subpoenaed the tapes, to which the president objected.

The Supreme Court ruled that the president couldn’t claim “executive privilege” to keep the tapes a secret. The Court essentially imposed additional limits executive privilege, asserting that it does not outweigh “the fundamental demands of due process of law in the fair administration of justice.”

Collins said that if the tapes exist, Trump should voluntarily turn them over not only to the Senate Select Committee on Intelligence, but also to the special counsel.

She also asserted that if the tapes exist, a subpoena shouldn’t be necessary.

“I don’t understand why the president just doesn’t clear this matter up once and for all,” she said. 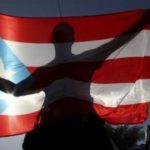 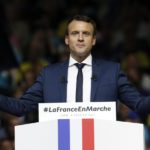