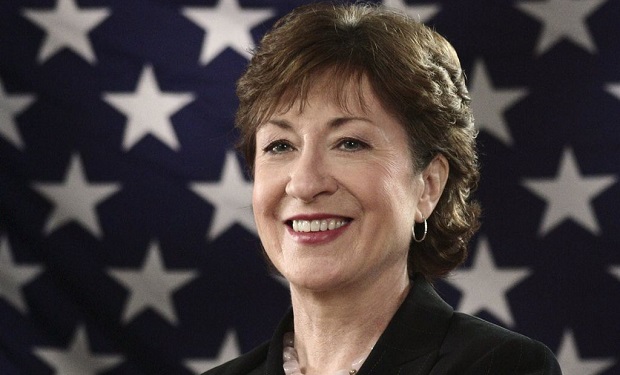 Taking the floor shortly after 3:00 pm, Collins expressed hope that the judicial confirmation process — long in decay by the infestation of partisanship and outside interference — has finally hit rock bottom. She also criticized Democrats for announcing their opposition to Kavanaugh just moments after his nomination was announced at the White House.

After speaking at length about the judge’s judicial record, Collins expressed her admiration for the #MeToo movement, but concluded that the allegations marshaled against Kavanaugh were not sufficient to stop his confirmation.

“I do not believe that these charges can fairly prevent Judge Kavanaugh from serving on the Court,” Collins said, referring to Dr. Christine Blasey Ford allegations of sexual misconduct against the nominee.

Moments after Collins left the floor, Manchin put out a statement announcing his support for Kavanaugh. Manchin is one of several Democratic incumbents standing for reelection in November in a state President Donald Trump carried in 2016.

“Based on all of the information I have available to me, including the recently completed FBI report, I have found Judge Kavanaugh to be a qualified jurist who will follow the Constitution and determine cases based on the legal findings before him,” Manchin said. “I do hope that Judge Kavanaugh will not allow the partisan nature this process took to follow him onto the court.”

Republicans lavished praise on Collins’ speech, casting it in the tradition of Sen. Margaret Chase Smith, a Republican who risked her considerable political standing to oppose the nominations of Clement Haynsworth and G. Harrold Carswell to the Supreme Court. Haynsworth and Carswell, both Nixon nominees, were both defeated for confirmation.

.@SenatorCollins — political courage and class. I salute my wonderful friend and her principled leadership.

“It was an extraordinary speech,” McConnell said. “One of the best I’ve ever heard. It came at the right time.”

Earlier in the day, the Senate invoked cloture on Kavanaugh’s nomination, teeing up a final confirmation vote for the weekend. Anxiety pervaded the Capitol throughout the morning, as a handful of lawmakers kept their intentions secret until the vote itself, putting the result in doubt.

GOP Sen. Lisa Murkowski of Alaska, a pro-choice moderate, stunned colleagues by joining Democrats to vote against cloture. The senator sat stoically at her desk, before rising and registering her “no” vote with a hushed voice.

Speaking after the vote, Murkowski said she made up her mind as she entered the chamber Friday morning. She added that she believes Kavanaugh to be a good man who is not suited to the high court at this time.

A final confirmation vote could come as soon as Saturday afternoon. Vice President Mike Pence is prepared to cast a tie-breaking vote, should the Senate split evenly on Kavanaugh’s nomination. 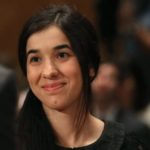 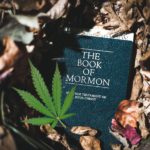