Our society is obsessed with generational differences. The internet is awash with articles and studies analyzing Baby Boomers vs. millennials vs. Generation Z (or “Zoomers.”) Apparently, the babies being born right now are called “Generation Alpha.” Generational differences have practically become their own genre of writing. Some of these articles are slightly scientific, but many are purely anecdotal.

Then there’s the massive social media echo chamber where people constantly post about generational differences. The most obvious example of this is the ubiquitous meme “OK, Boomer.”

Why is there so much focus on the differences between generations? If I had to guess, I would say it’s because this is one of the few ways of categorizing people that is still societally acceptable.

We live in the age of identity politics. If you put a label on a group of people and some of them take offense, you could face dire consequences.

Categorization by generation involves lumping together tens of millions of individuals simply because they were born during the same 20-year-span. It is safe and innocuous. However, it is also virtually meaningless, even if some claim that “Boomer” is the “n-word of ageism.”

Much of the current discussion centers on Baby Boomers’ perceived grip on power and wealth. But for every article you read about how Baby Boomers are hoarding our national wealth, you will read another one on how many of them are penniless in their old age.

It is certainly noteworthy that every president since 1992 has been a Baby Boomer – and it seems inevitable that this generation will retain the White House in November. My own view is that this has more to do with their sheer numbers than with any other attributes.

I’m a millennial. That term refers to people born between the early 1980s up until roughly the year 2000. I’m a married, stay-at-home mother. I paid off my student loans a long time ago and comfortably started my first job before the 2008 economic crash. What do I have in common with a 23-year-old recent college grad?

I struggle to think of a single cultural or historical event that my entire generation jointly experienced. The strongest candidate is probably the September 11 attacks. But the youngest millennials were babies or toddlers at the time, and they would have been largely oblivious to it.

It is interesting to note that most Americans only know the names of the generations that are currently living (Silent Generation, Baby Boomers, Gen X, Millennials, Zoomers, Gen Alpha.) The fact that the names of the preceding generations have faded into obscurity (did they even have names?) illustrates just how pointless such labels are.

All cultures change and evolve over time. I suppose there is some utility in attaching generational labels to changes we see in our society, but the current obsession with this topic is out of proportion.

I can’t imagine that future historians studying the early 21st century will be describing us as “millennials” and “Zoomers.” They will have worked out far more relevant, meaningful ways of categorizing us. I probably won’t live long enough to see that happen, but I wish I could.

The sooner these pointless discussions about generational differences come to an end, the better.

This post Stop Obsessing Over Generational Differences was originally published on Intellectual Takeout by Emma Freire. 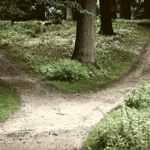 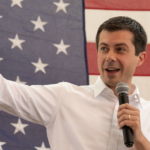