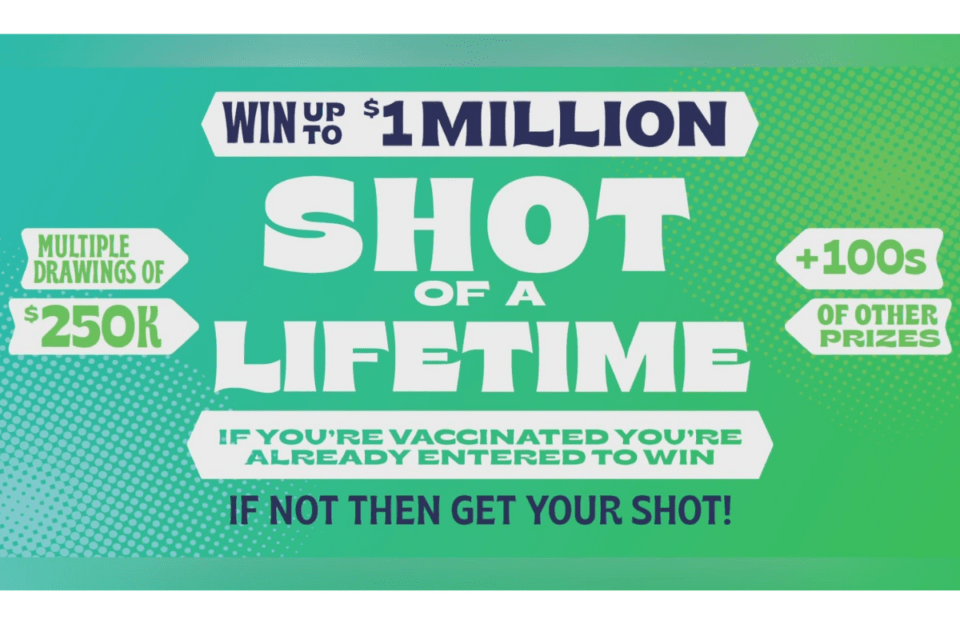 For example, Ohio implemented a “Vax-a-Million” initiative where it drew weekly lotteries for a $1 million prize among those who got the vaccine. Similar programs have cropped up around the country, such as “VaxCash” in Maryland and “Vax and Scratch” in New York. In all, states spent at least $90 million, likely more, Business Insider reports, on these kinds of vaccine lottery efforts.

Given the significant sums involved, it’s worth questioning: Did these pro-vaccine government initiatives actually accomplish their goals?

The answer provided by a new study published in JAMA Health Forum is a resounding “no.” Researchers examined the 19 states with vaccine lottery schemes and compared them to states that did not enact such programs. The authors conclude that the impact these lotteries had on increasing vaccination rates was “very small in magnitude and statistically indistinguishable from zero.”

“There’s a lot of hype around these programs, and we can’t find any evidence that they helped,” economist and study co-author Andrew Friedson told Business Insider. “Each state’s doing several drawings, and these drawings are around a $1 million a pop, although some of them are less. With 19 states, you’re looking at a large amount of money that’s been spent on this.”

That’s all money that could’ve gone to more productive purposes—or better yet, left in taxpayers’ pockets to begin with.

Yes, in the grand scheme of how much governments spend, $90 million is not actually all that much money. But this utter failure is unfortunately emblematic of the government’s general level of efficiency.

After all, the federal government has lost up to an astounding $200 billion on COVID-19 “stimulus” fraud. That’s more than five times as much as it spent promoting vaccine development, to put the sum in context. And the government loses hundreds of billions of taxpayer dollars every year to improper welfare and entitlement payments.

So, the millions wasted on failed vaccine lotteries are, sadly, no outlier.

Why is the government inherently incentivized toward waste and inefficiency? Nobel-Prize-winning economist Milton Friedman famously answered this question when he explained that, fundamentally, the government’s job is to “spend somebody else’s money on somebody else.”

This intuition explains why local governments were so willing to risk millions on lotteries with so little foresight. It’s easy to propose handing out multi-million-dollar prizes (promoting behavior people would’ve done anyway) when you’re handing out someone else’s money.

It’s us taxpayers, not elected officials, who are left eating the loss. Regrettably, politicians will continue to be this cavalier with our money unless they are held to account.

Brad Polumbo (@Brad_Polumbo) is a libertarian-conservative journalist and Policy Correspondent at the Foundation for Economic Education.

The Pros and Cons of Life Insurance