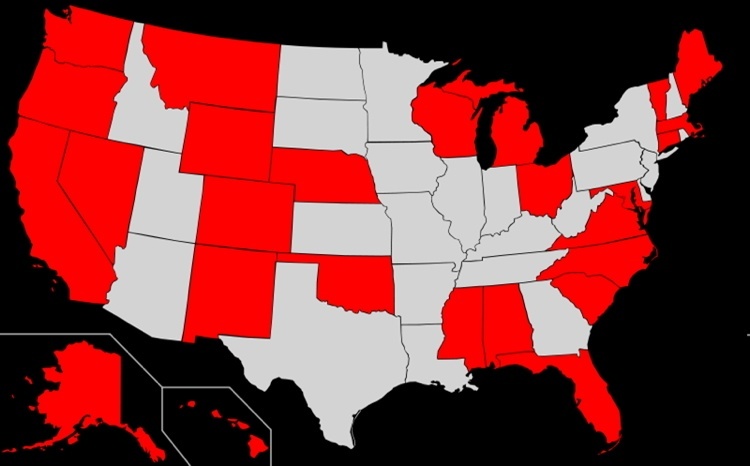 Members of the electoral college will convene in state capitals across the country Monday to cast votes for president and vice president, officially closing the 2016 general election.

Though Donald Trump and Mike Pence are certain to prevail, a handful of electors have indicated they intend to cast protest votes, or attempt to broker a compromise among electors to elect a consensus candidate.

Though such schemes are extremely unlikely to succeed, one of the biggest obstacles dissenters face are so-called “faithless elector” laws, which punish members of the electoral college who act as free agents, instead of voting for the candidate who won in their respective state. Thirty states and the District of Columbia have such laws. They are:

The 10th U.S. Circuit Court of Appeals hinted recently they view such laws as an unconstitutional interference with the Twelfth Amendment. Though the three-judge panel stopped short of siding with two electors who are suing state officials in Colorado for threatening to unseat them if they do not cast their ballots for former Democratic presidential nominee Hillary Clinton, the judges included a footnote that indicated better litigating likely would have changed the outcome.