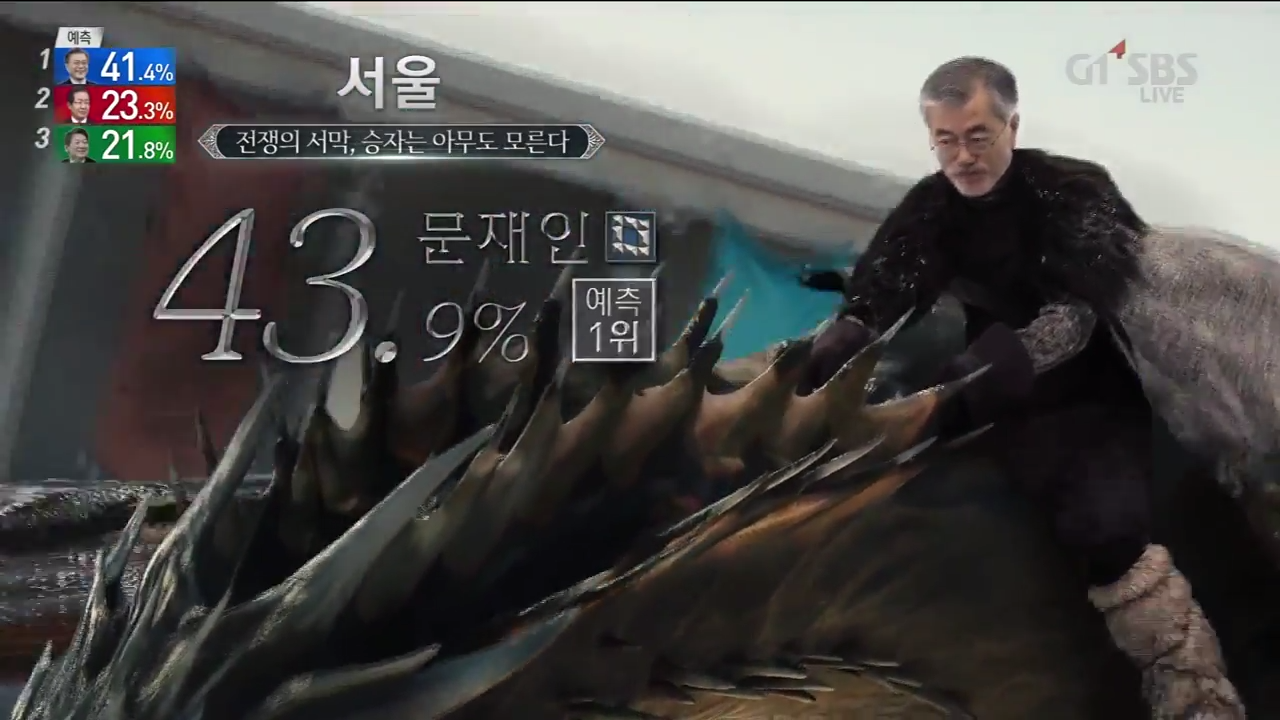 One South Korean media outlet decided to have a little fun with its coverage of the election.

South Korea’s political system was rocked by a corruption scandal that brought down the country’s first female president, Park Geun-hye. Not only is the country facing serious domestic issues, but North Korea is also raising the stakes on the peninsula with its nuclear and missile programs.

Moon Jae-in, a liberal candidate, won the election, ending the reign of the conservatives and setting the stage for major shifts in South Korean policy. Despite the significance of the election to the country, one news outlet covered it somewhat whimsically, reports the Verge.

SBS News showed the candidates battling in a “Game of Thrones” world to spice up the election.

The coverage was surprisingly lighthearted considering the gravity of the situation on the Korean peninsula. Some people on Twitter noted that “SBS’ election coverage is insane!”

SBS, a major news network, has a reputation for its crazy graphics, as it has been doing this for years.

I'm 99% sure the Korean TV networks asked the presidential candidates to dab so they can create this piece of masterpiece. pic.twitter.com/J3Q6oDiFla

Despite the relaxed nature of SBS’ coverage of the election, the results will shape South Korean policy going forward. Moon Jae-in is a proponent of dialogue and engagement with North Korea and an advocate of improved relations with China. While he has agreed to maintain the alliance with the U.S., he has previously argued that South Korea should learn “to say no to the Americans.”

Al-Qaida Calls For ‘Easy And Simple’ Attacks In The West