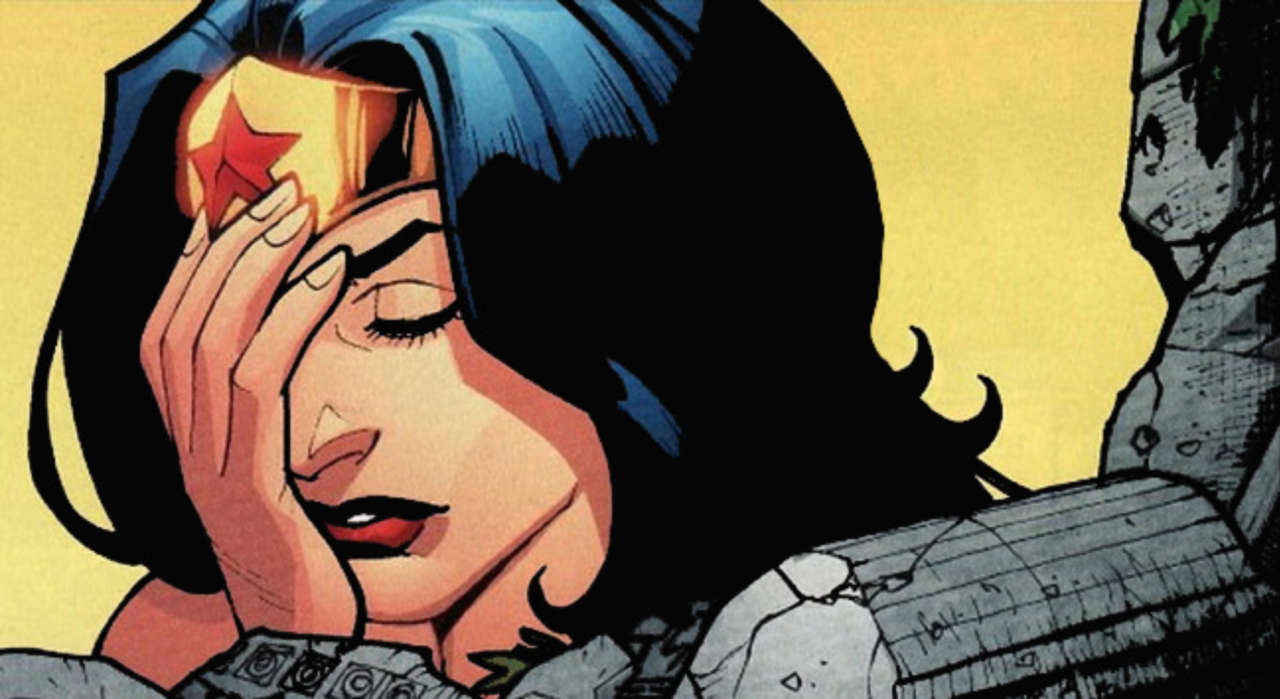 Libertarians, are you on your period or something?

By now you know The Alamo Draft House made a post about two women-only screenings of the upcoming Superhero epic – “Wonder Woman”:

Apologies, gentlemen, but we’re embracing our girl power and saying “No Guys Allowed” for one special night at the Alamo Ritz. And when we say “People Who Identify As Women Only,” we mean it. Everyone working at this screening — venue staff, projectionist, and culinary team — will be female.

So lasso your geeky girlfriends together and grab your tickets to this celebration of one of the most enduring and inspiring characters ever created.

The Draft House explained that proceeds will go to Planned Parenthood, and the date for the event is set a few days after the film’s June 2nd premier. So it’s unlikely that people will actually be denied the ability to see the movie based on the ladies only screenings.

Thankfully, most men and libertarians did not take the low hanging fruit. Many understood that projecting outraged at a “female only” anything would look REALLY bad, it would play into the hands of ‘social justice warriors’, and ultimately undermine most everything libertarians stand for.

Somehow, there is more than a bit of controversy regarding the screening; boiling down to the notion that if there was a “male only” screening of anything, the internet would lose their collective shit – crying sexist, bigot and blaming toxic masculinity.

Well, here we are at a “female only” screening, and the internet is losing its shit, blaming feminism and sexism with the same fervor.

Please help me understand the logic here; The Alamo announces a “girl’s night” screening. Proceeds go to charity, and women get to watch a movie that’s entertaining, and ultimately empowering for women and girls.

This seems like a fun idea. Why not have an exclusive social gathering at a privately owned theatre to support charity? I don’t see a problem with this.

However the Internet-at-large does. It gets wind of the screening and states it’s not fair, because there would be so much anger and vitriol if men did it, thus getting mad about the thing they said people shouldn’t get mad at.

That’s the gist anyway. Folks like Milo Yiannopoulos offered top dollar for a ticket to the event, another guy actually did buy one, and around and around we go, where the insanity stops, no one knows.

As a libertarian, the screening is exactly what we want, right? Private businesses making private choices for private reasons. In this case; girl power, solidarity, and triumph. Part of being a libertarian – a good one, anyway – is understanding the whole point is to support the principles you believe in, even if those principles are used for something you disagree with.

We should be championing this screening and defending it, because it is a property rights issue, a private business issue, and a case where a ‘social justicey’ outrage has sprung up around it.

If you think a bakery shouldn’t be forced into making gay wedding cakes, and ‘gendered bathrooms’ are exclusively the purview of the business owner, but think this screening is wrong, that’s a you problem. Especially when you consider those outraged are technically outraged regarding another, fictional, male-only screening that doesn’t even exist!

And this is where my 31 years of male experience come in. I get it. As society has so rapidly progressed over the decades, we’ve learned that women and men can do any number of things equally. Countless resources in media, entertainment, and education have gone into illustrating this point – we are all equal and we can all achieve our dreams if we apply ourselves.

And that’s a wonderful message for the underserved and underprivileged. But a lot of it has come with a dose of salt toward men – because men have been the proverbial ‘ruling class’ for eons, by way of biological advantages at first, then via institution. Thus, any sort of material or event explicitly for men, especially white men, will be derided.

They’ll be fine on their own, right? They have all the advantages in the world afforded to them from birth. They’re likely to be the physically strongest, given a better set of opportunities, and are more likely to be respected in society and the work place.

But they’re also likely to be lacking a community or direction. If all the media says white males have all the advantages in the world, and you’re a white dude who can barely keep his bed made and bills paid, just how pathetic are you? This world was made for you, and this is all you can muster? What a joke.

What makes a man a man in 2017? Expensive flannel?

So there’s an understandable level of concern regarding the fact white dudes are the only ethnic class you can make fun of on national television without fear of reprisal or fine or twitter beef.

And as a white guy who is fully aware of his privilege, it’s absolutely clear that in the court of public opinion, social media, and entertainment, it is open season on white men; some might say it’s past due, or deserved, but it doesn’t change the reality.

(Before you’re wondering how race got involved, I say white men primarily because I don’t think a single person in the entire world would have a problem with a black-male, or even black-male-youth only screening of a movie like ‘Moonlight’ for example.)

Anyway. I bring this all up as a way to say I understand how frustrating being a guy can be; that an online dating profile from a lady can list any number of awful generalizations about white men and wish to violently smash the patriarchy, but Colin Moriarty makes a gag about International Womens Day and it’s a ‘thing’.

But fellahs, I don’t think the way to change anyone‘s mind is by protesting a female only screening of what’s shaping up to be one of the best Superhero flicks in some time – and the first one featuring a female lead since 2005. It makes you look petty.

Why? Because being mad is exactly what ‘they’ want. The ‘they’ that says men and conservatives hate women and hate minorities and hate anyone who does anything that doesn’t include or cater to them. The “they” that says Libertarianism is an excuse to discriminate under the guise of ‘freedom. The Libertarianism that seems to be predominately conservative white men.

I was always under the impression it’s not the beliefs of Social Justice Warriors folks hated, but rather their methods; limiting conversation, shutting down dialog, protesting events, throwing a hissyfit at every perceived slight, getting bent out of shape about a Pepsi commercial, and so on.

Yet here we are using the same tactics. Emotional appeals, no logic, or no rationale. Just rabid, loud and useless anger ’cause some chicks wanna get together.

Why? What did the Alamo theatre do to you? Do you think women shouldn’t be allowed to gather exclusively? Are you afraid of what they might say in there?

How about we wait for an actual male only screening and wait for actual outrage about it, then hit them with the principles of liberty, property rights, and freedom of association.

Here: Dunkirk is out in July. Someone rent out a theatre, have the proceeds go to Prostate Cancer research, and invite only men. I’ll be here with my keyboard ready to slam down anyone with a problem.

Then, we can feel good about ourselves, instead of feeling whatever the hell we feel when we’re actively pissing off a bunch of ladies who wanna watch Wonder Woman punch some Germans in peace.

To put it another way; “you’re not wrong, Walter, you’re just an asshole.”

“What the Hell is This?” Eric July Reacts to New Wonder Woman Comic Cover