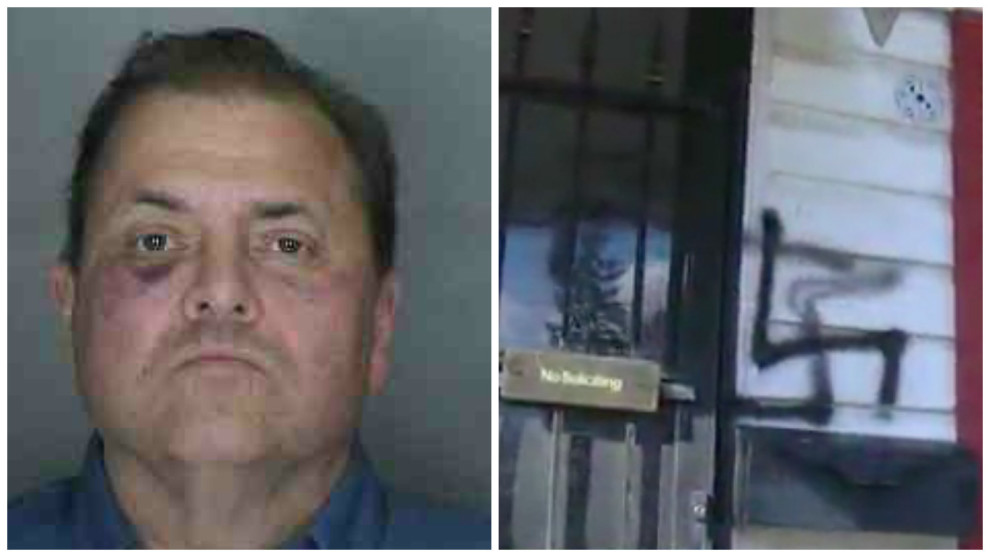 Police arrested a Schenectady, N.Y., man for spray painting his house with swastikas and lying to police about it Monday.

King claimed last month that vandals came to his house and graffitied it with swastikas. He maintained he discovered the symbols when he was shoveling snow from his driveway.

“Just a vein of fear went right through me,” King said about the incident. “All that history attached to that Nazi symbol.”

The police investigated the crime and learned that King had painted the signs himself. Police spokesman Sgt. Matthew Dearing did not offer details on how the police came to the conclusion.

It turns out the King may have also lied about being Jewish. He never actually converted to Judaism, though he tried several times, according to News10. Many of the congregations turned him down.

Rabbi Matt Cutler of the Congregation Gates of Heaven said King had been banned from the local congregation due to his unpredictable behavior.

“This has brought a sense of shame to the community,” Cutler, who has known King for 10 years, said. “We knew there was something peculiar about the vandalism.”

King pleaded not guilty to the charges and was taken to jail on a $500 bail Tuesday.