A Salt Lake City police officer who directed his K-9 to attack a black man who had his hands up was charged with aggravated assault Wednesday, the New York Post reported.

Ryans “wasn’t resisting arrest,” Salt Lake County District Attorney Sim Gill said, the Tribune reported. “He certainly wasn’t posing an imminent threat of violence or harm to anyone and he certainly wasn’t concealed. He was fenced in an area and was being compliant.”

Officers were arresting Ryans for violating a protective order issued in December 2019 that prohibited him from being at the home, the Tribune reported. Ryans’s wife reportedly told him that the order had been lifted, so he had moved back in before the incident.

Officers reportedly found him smoking a cigarette in the backyard.

Pearce told Ryans to “get on the ground or you’re going to get bit,” while Ryans knelt to the ground with his hands up in the air, body camera footage shows.

“I’m on the ground! Why are you biting me?” Ryans asked the officer, video shows. Pearce can be heard praising the K-9 named Turco, video shows.

“Why are you guys — ow, what the fuck!? Holy shit!” Ryans said, video shows. “Why the fuck are you biting me!”

Ryans faces charges of domestic assault following the incident, according to the Post.

Pearce said he thought Ryans was gearing up to fight, so he ordered the K-9 to attack, the Tribune reported. The city’s Civilian Review Board found that Pearce violated policy during the incident because Ryans did not try to stand or climb the fence in the video.

Pearce faces up to 15 years in prison if he is convicted, the Tribune reported. 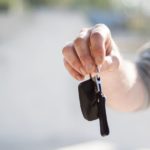 How to Prepare for the Missouri Driver’s Written Test 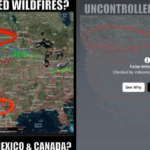