Hunter Biden will be a guest lecturer at Tulane University for a course titled “Media Polarization and Public Policy Impacts” that focuses, in part, on “fake news.”

The son of President Joe Biden is one of nine guest speakers for the class, which focuses on “the current state of the media landscape in the United States and how media polarization, fake news, and the economics of the new business impact public policymaking in Washington, D.C.,” said Fox News, which first reported the story.

In the weeks before the 2020 election, many media outlets labeled a New York Post story detailing how Biden helped arrange a meeting between his father and a Ukrainian energy executive as “fake news,” and social media platforms censored the company over the story’s perceived falsity.

Following the elder Biden’s victory, Hunter Biden acknowledged that he was under federal investigation, and that his laptop at the center of the Post’s story could “certainly” have been his, though he added that it may have been stolen or hacked by Russia to spread misinformation. 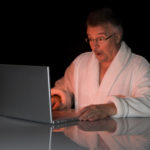 Why Do People Use Address Lookup Tools? 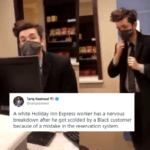