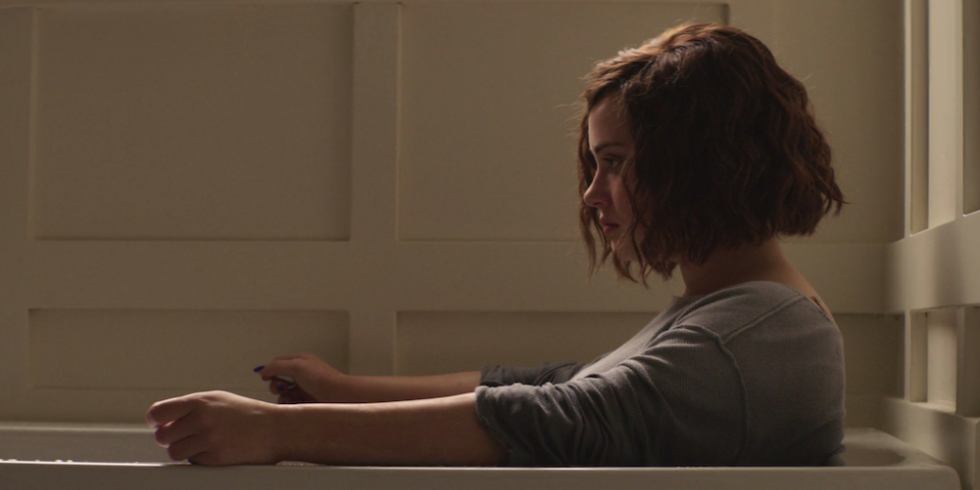 “‘Hey, Joe, it’s me can you help me out?’ And the friend jumps in the hole. Our guy says, ‘Are you stupid? Now we’re both down here.’ The friend says, ‘Yeah, but I’ve been down here before and I know the way out.'” – Leo McGary, The West Wing

Suicide is in the news. Between “13 Reasons Why,” the tragic story of an 8 year old boy who killed himself 2 days after being knocked unconscious by classmates, Gun Rights Activist Bob Owen’s suicide, and Chris Gethard’s HBO Special “Career Suicide,” perhaps it’s time to be a little less…guarded about the subject of suicidal depression and mental illness.

Suicide is the 10th leading cause of death in The United States of America – with an average of 121 suicides a day, with white males accounting for about 70 percent of them (in 2015 at least) – about 15 percent per 100,000 people. Native American and and Alaskan Natives come in second, with a rate of 12.6 or so. About half of these suicides are by self-inflicted gunshot wound. By comparison there are about 33 gun homicides, and 101 vehicle related fatalities a day(ish).

This isn’t to say that suicide is a more important issue than gun violence or vehicle safety, but in the midsts of this current healthcare firestorm, perhaps its time to figure out what, exactly, can be done to make getting help as easy, painless, and unembarrassing as possible.

Worse, once you do get help, there comes questions and questions and judgements. People will call you a whiner, question your ‘need’ for medication. Find you somehow less than whole. Take a broken leg, cancer, diabetes, gout, even pink-eye, and folks won’t question your treatment or ask why you can’t just toughen up and figure it out on your own. No one is called a snowflake, or weak, or pathetic for needing chemotherapy. But the real kind? You bet.

But even if you’re willing to deal with all of that; the judgement and the intensely personal realization you might ruin your life, or end it completely if you don’t seek help, you need to actually get it.

And that can be a pain in the ass. There is currently a person I care about very deeply, who made the choice to see a therapist, likes their therapist very much, is seeing progress, but now needs to leave, or pay out of pocket, because that therapist is out of network.

Why are there insurance networks in the first place? Why limit choice, especially for something like this? There’s lots of data explaining how networks…work, but not a heck of lot explaining why they exist.

Is it because insurance companies know what’s best? Because you’re only allowed to get better on the terms of some company run by some person you’ve never met?

And to do that I think insurance companies to compete across borders, and there has to be far less regulation regarding the whole shebang, which is tricky considering our country is particularly litigious.

But that’s economics and social pressures. There’s another…insidious element of suicide; Entertainment that depicts, romanticizes, celebrates, and exploits suicidal thoughts, tendencies, and actions. Look at “Thelma and Louise”. Look at “A Star is Born”.  But there’s a real problem with this stuff as it relates to impressionable youths.

Look at something like The Blue Whale Challenge, which encourages kids to harm themselves by gamifying self harm – it’s estimated 100+ kids have killed themselves as a result.

This is why a show like “13 Reasons Why” is such a bane for controversy. According to the President of the Child Mind Institute, Dr. Harold S. Koplewicz, “Teenage suicide is contagious. We know for over three decades that when kids watch television where they depict a suicide, they’re more likely to attempt and they’re more likely to actually (kill themselves).”

He continued,”the message that comes out again and again in the 13 episodes is that when you are a teenager and you feel hopeless, suicide is the solution. That’s a terrible message for all teenagers, but particularly for those who are vulnerable.”

For the record there are entertainments that explore suicidal depression in a less…sensational way. The Oscar-winning Manchester By The Sea is fundamentally about a man who, as an indirect result of his actions, is responsible for a terrible tragedy. He attempts to kill himself. He doesn’t succeed. The rest of the movie is ultimately about moving on – finding a way to live and learn and be open after such a low point.

Best-picture winner Birdman is very subtly, and ultimately powerfully, about the subject (if you pay attention).

And there’s the aforementioned ‘Career Suicide’ special. A comedy show about the subject. It’s funny, heartbreaking, a little melodramatic, and honest. It serves to advocate for normalizing the fact that a lot of people have some fucked up shit in their head, need help, and are too scared to get it. It’s weird we’ll talk about any number of ailments we have with our friends and family. But this one…we avoid. Shy away from.

But when you consider all the stuff that comes with helping your self, and the mental state you may just be in…sometimes you can’t. Simply can’t. You’re paralyzed. Even a Libertarian perspective on this, technically, leaves these folks in the dust. Which is perhaps a cost of Liberty. I don’t know.

What I do know is we have is a healthcare system that makes it very hard to get help if you don’t have insurance and equally as hard to keep the help you like, a social system that views you as weak or somehow incomplete if you do seek that help, and a Hollywood system that all-to-often reinforces the stereotype that suicide is a way out, or the answer, or will show them.

It’s enough to make you want to jump off a bridge.

So, what do we do? Never in a million years would I deny Hollywood the right to make anything they want. If they want to make Suicide Is The Answer: The Movie, that is their right. Eliminating healthcare networks would work wonders, but that seems…very far off.

A more…reasonable action point would be to simply talk about it. Be open about suicide and how depression affects us the way we talk about drug addiction and alcoholism. Maybe here is where the Libertarian in us can shine. Take the personal responsibility to be open and honest with your demons. Share them. Talk about them. Push through ‘who cares’ and eye rolls. Push through shame and fear. This is admittedly easier said than done.

But if just a few people do it, and a few more people see it and do it, well…suddenly we don’t have such a stigma associated with this kind of thing anymore.

We could all be more open.

We could all be nicer to each other.

Then again, I don’t know. I’m not an expert.

But one day I might just be a survivor.