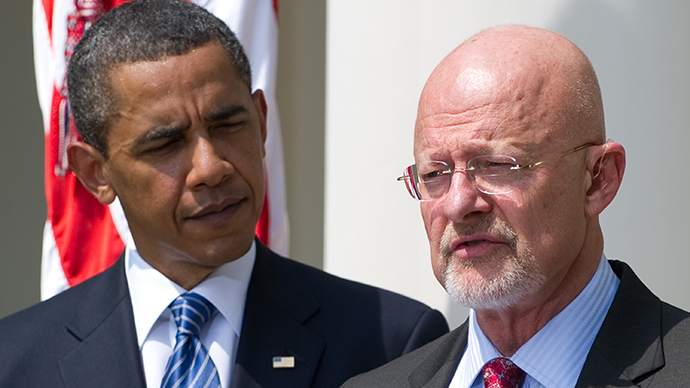 Former Director of National Intelligence (DNI) James Clapper’s creation of a cloud-computing platform in 2013 made it far easier for officials like former White House National Security Advisor Susan Rice to ‘unmask’ individual Americans without creating a digital paper trail leading back to her, The Daily Caller News Foundation’s Investigative Group has learned.

Clapper’s system enabled tens of thousands of government officials to share previously off-limits intelligence information, according to knowledgeable officials who tracked the cloud-computing initiative of the former DNI under President Barack Obama.

The 702 provision expires at the end of the year unless Congress reauthorizes it. Citizens normally are referred to as “American A” or “American B” in the 702 reports. The names are “masked” from intelligence officials.

Dyer says that all changed after Clapper’s cloud computing system was put into place.

“After the technology had changed and the workplace policies had changed, basically that access was based on ‘user permissions’ that would allow you to look into the database itself. You didn’t have to ask anyone at NSA to retrieve the information,” Dyer said.

“As long as the permissions on your user account were such that you were certified to have access to that information, then you could go in and get it yourself,” Dyer said. “A key aspect of cloud technology is that to do that retrieval, you don’t have to set up the whole line of an ‘audit-able’ chain.”

Clapper served as Obama’s DNI from 2010 to 2017, and in 2011, he set into motion wide ranging “reforms” that sought the creation of a cloud computing platform tied to Intelligence Community IT Enterprise, or ICITE.

“IC Research,” another Clapper innovation, also permitted greater intelligence agency collaboration within the cloud. Clapper justified his move in the name of improving information-sharing among intelligence officials and breaking down barriers between agencies, a policy encouraged following the Sept. 11, 2001, terror attacks.

But Clapper’s changes lowered security standards for sharing NSA and CIA intelligence data. Many top intelligence officials were enabled to access raw intelligence about U.S. citizens as a result.

Obama also pushed for more aggressive information sharing in the final days of his administration when he authorized all 17 U.S. intelligence agencies to access raw NSA data through Executive Order 12333. He amended the Reagan era executive order Jan. 3.

Auditing unmasking actions to determine who received individuals’ names is also made more difficult with cloud computing, according to Dyer.

Earlier this year, retired Lt. Gen. Michael T. Flynn was unmasked, and his name was leaked to the media. He briefly served as President Donald Trump’s national security advisor before being fired for misleading Vice President Mike Pence about a conversation with Russia’s ambassador to the U.S.

Similarly, the number of intelligence community employees who share information now exceeds 50,000, compared to only 9,000 in 2014, according to Kendrea DeLauter, IC Desktop Environment Joint Program Manager at the Defense Intelligence Agency (DIA).

Ashley Gorski, an ACLU staff attorney for its National Security Project, told TheDCNF the standards for surveillance and unmasking of private citizens are too low.

“Seventeen different agencies shouldn’t be sifting through Americans’ emails without ever obtaining a warrant,” Gorski said. “The standard for unmasking someone’s identity in these intercepted communications is a low one, and the risk of abuse is real.”

Waurishuk believes it will be difficult to trace Rice’s unmasking requests as she sought the information from subordinates. “Susan Rice is not going to be sitting there, reading thousands of intercepts,” he said.

Dyer agreed, saying “Susan Rice is not going to have any literal IT involvement. I’m sure it’s the worker-bee who did the actual work.”

Waurishuk, who is the vice president of OPSEC, an advocacy group for former Special Forces and intelligence officials, believes Rice was emboldened given that the cloud system reduced a digital paper trail.

“Because they knew they were doing illegal stuff, the last thing they want to do is have a paper trail.  I think they never believed they were ever going to get caught,” he told theDCNF.

He said many intelligence officials complained there were “too many,” attempts at collaboration.

Clapper’s $600 million contract for the new system met fierce opposition from other high-tech companies when it was awarded to Jeff Bezos’ Amazon Web Services. The rivals charged that Bezos received preferential treatment.

The Government Accountability Office (GAO) upheld a protest IBM and another unnamed firm submitted in 2013, and the agency ordered the bid reconsidered.

Clapper failed to evaluate prices comparably, and he waived a bidding requirement only for Amazon, according to Ralph O. White, managing associate general counsel for procurement law at GAO. AT&T and Microsoft also filed complaints about the Amazon win.

Judge Thomas Wheeler of the U.S. Court of Federal Claims ruled in favor of Amazon’s request for judgment in October 2013.

Bezos is a well-known liberal who owns the Washington Post. He hired former Obama White House Press Secretary Jay Carney as a top executive in his company.