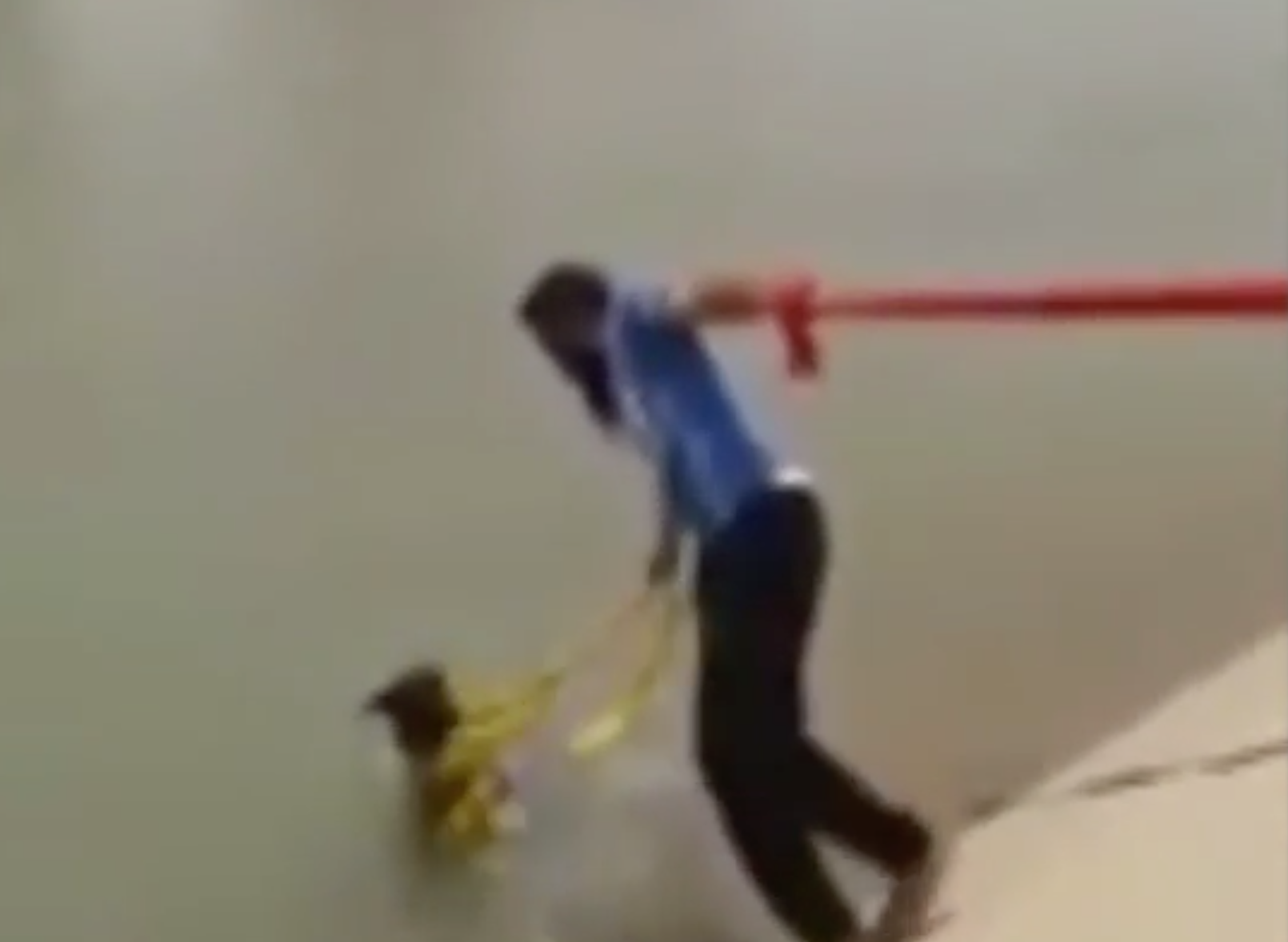 A 28-year-old Sikh, Sarwan Singh had been travelling in Punjab when he spotted a dog drowning in the canal. He says he didn’t hesitate for one instant , removing his turban to rescue the dog.

Because Sarwan could not swim, he immediately fashioned a rope from his turban. That was when someone recorded the whole rescue.

Speaking to Metro UK, Sarwan discussed how this could have been perceived as disrespecting his faith.

“The moment I started taking off my turban, people watching around were shocked. They thought I was disrespecting my faith.”

Bystanders helped Sarwan down to the canal’s banks using his turban’s cloth. He then reached out and caught the dog.

“The dog wasn’t comfortable. He was not coming to me at all. We had to follow him for around 200 metres before I was able to wrap my turban around his neck and pull him to safety,” he said. “The dog was frightened, so I fed him some biscuits and let him go on his own.”

A similar event occurred last year, reported by India Times, when two Sikh men used their turbans to improvise a rope in order to save men who had gone to a canal for the immersion of the idol of lord Ganesha on the occasion of Ganesh Chaturthi.