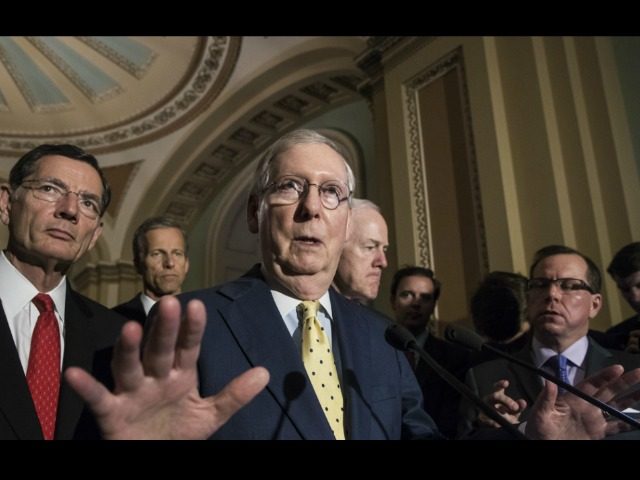 As the debacle that is the GOP leadership’s attempt to repeal and replace the Affordable Care Act (Obamacare) continues, it appears more and more as if the changes to the law are a mere “dog and pony show.”

The Washington Examiner is now reporting that the GOP leadership has amended their newest version of the American Health Care Act to include a penalty for not having continuous coverage.

According to the report, beginning in 2019, anyone who does not have insurance for 63 days or more in the past year has to wait six months for coverage to start. This provision will only affect those who are not insured by their employers, and are buying insurance in the individual marketplace, explained the Examiner.

“Consumers will not have to pay premiums during the six-month period,” according to an explanation of the changes.

This new provision is different from the GOP House leadership’s bill which stated that “people who had insurance coverage that lapsed for 63 or more days have to pay a penalty of 30 percent of their premium every month for 12 months when they repurchase coverage,” according to the Examiner.

So far 5 GOP Senators, Rand Paul of Kentucky, Ron Johnson of Wisconsin, Ted Cruz of Texas, Dean Heller of Nevada, and Mike Lee of Utah, have publically stated their opposition to the GOP Senate leadership’s attempt at repeal.

A report also surface regarding criticism from Republican Senator Ben Sasse of Nebraska who said that the bill was “not a repeal of Obamacare.” Sasse has not formally taken a position on how he intends to vote however.

Amidst Calls To Resign, Pelosi Continues Excusing Her Failures [VIDEO]