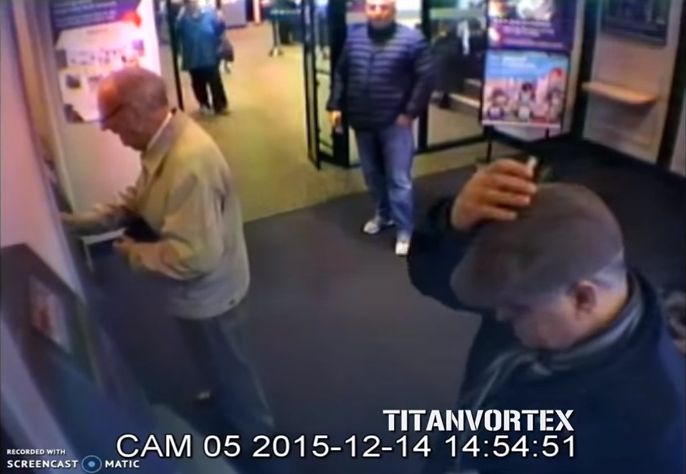 Surveillance footage shows how three men targeted an 93-year-old man inside his own bank. Watch this slick setup and make sure you don’t fall for a similar scam.

On Monday at 2.55pm, a 93-year-old local man was in the entrance foyer of the St Peter’s Hill bank withdrawing some cash at an ATM, when he was distracted by one of three suspects. They were able to obtain the victim’s bank card and PIN.

Within just a few hours of the incident offenders were able to withdraw a total of from the victim’s bank account.

A few days later when he tried to use his card again, he realised he did not have his own Natwest card and reported the matter to the bank.

Report: Drug Overdoses Soar By 14 Percent In Just One Year