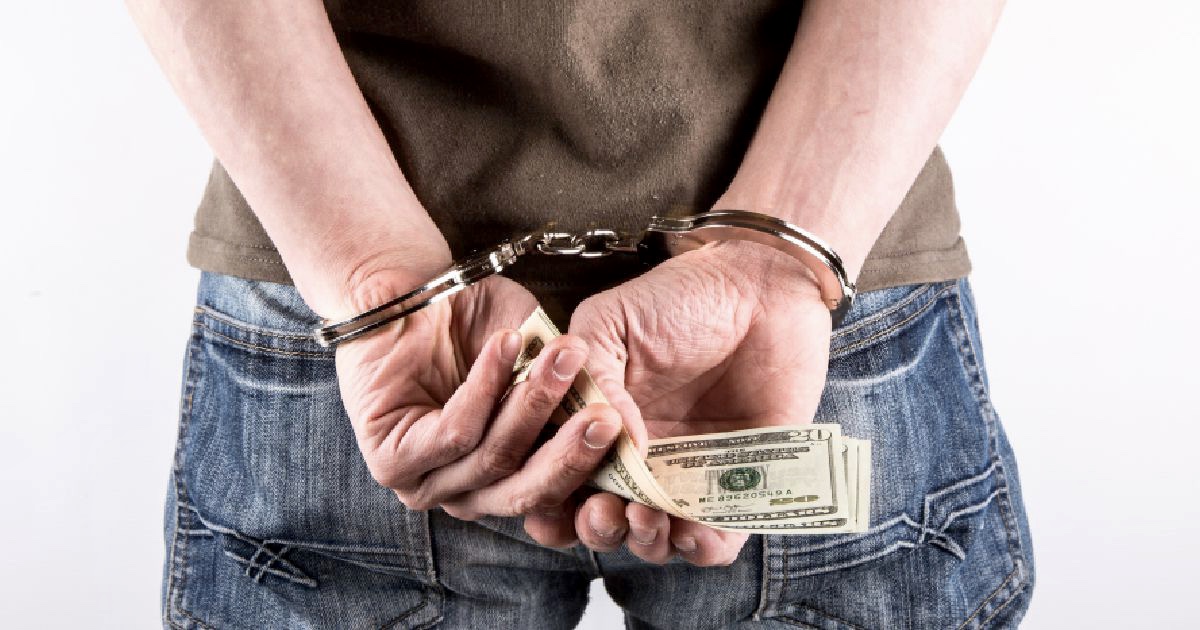 Rape and murder are violent acts. Ordinary citizens consider these to be far more serious offenses than acts of theft. Accordingly, as we allocate limited resources to solving all offenses, our expectation is that rape and murder will be given top priority.

However, the actions of politicians and bureaucrats appear to reflect a view that theft, or more precisely, theft from government, is considered a more heinous crime than the rape or murder of ordinary citizens. We see this in Canada where the government allocates more and more resources to the pursuit, prosecution, and conviction of tax evaders, while a majority of offenses which the public considers a higher priority go unsolved.

Statistics for various offenses in Canada (2008/09), extracted from a report compiled by the Fraser Institute, are shown in the following table1: 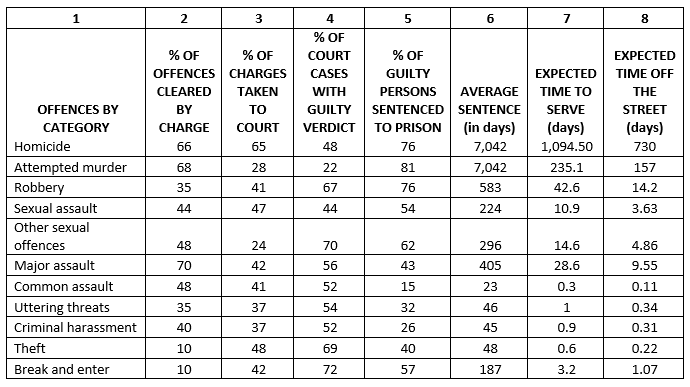 Therefore, the performance record (2008-09) of authoritarian law enforcement in Canada is as follows:

79% of homicides are NOT solved

96% of attempted murders are NOT solved

90% of robberies are NOT solved

91% of sexual assaults are NOT solved

92% of other sexual offences are NOT solved

84% of major assaults are NOT solved

90% of common assaults are NOT solved

93% of uttering threats are NOT solved

92% of criminal harassment cases are NOT solved

97% of thefts are NOT solved

97% of break and enters are NOT solved

Note – these statistics reflect only those crimes which are known to the police.

This performance record justifies the public’s lack of confidence in the police and justice system, as evidenced by the dark blue segments of the lines in the following graph: 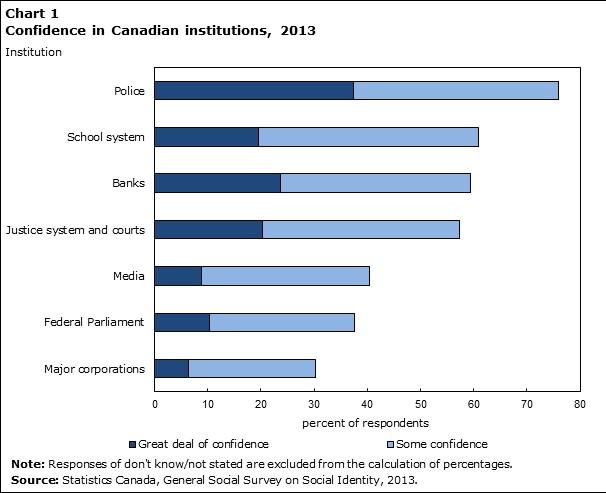 The abysmal performance of police and justice system bureaucracies, which gives rise to the public’s lack of confidence in them, explains why the majority of crimes committed against person and property are notreported to the police, thus remaining unknown to them. Statistics Canada conducts a General Social Surveyevery 5 years, in which it seeks to determine the extent to which people are victimized by various types of offences. The total number of crimes reported in the 2009 survey are a multiple of those known to police. For example, only 5% of sexual assaults and 26% of robberies were reported to police.2 Makes sense. Why expend time and effort reporting crimes to inefficient government bureaucracies which seldom produce justice?

In contrast, over the last four years, the government has increased the Canada Revenue Agency (CRA) budget by $1.6 billion to facilitate the investigation, prosecution, and conviction of tax evaders, and to make tax evasion more difficult.3

CRA assistant commissioner Ted Gallivan said “it’s [tax evasion] a serious criminal offence and it comes with serious criminal consequences. … some actors … have to be locked up in jail to get them to discontinue their activities.” Indeed, “from April 1, 2013, to March 31, 2018, the courts convicted 307 taxpayers for tax evasion of $134 million in federal tax. These convictions resulted in sentences totaling approximately $37 million in court fines and 2,949 months (246 years) in jail.”

Of course, we don’t know how often people actually try to evade taxes, or what percentage of them are prosecuted by governments. But given that governments are increasing tax-prosecution budgets while so much real crime goes unpunished suggests governments have a serious problem with getting their priorities in order. But, as the drug war has long shown us, governments are often more interested in padding their budgets than in solving crimes.

On the free market, when we shop for food, clothes, cars, haircuts, electronics etc., service is linked to payment. If we do not like the product or service which we expect to receive in return for our payment, we are not obligated to complete the transaction because all transactions are voluntary. We can shop elsewhere. Thus, businesses are incentivized to accommodate our preferences because that is the only way to persuade us to part with our money.

In contrast, within the realm of government, transactions are not voluntary because coercion replaces persuasion, which means service is severed from payment. The government arbitrarily decides the price to be charged for a particular service (in our case, crime solving) and coercively extracts this money (taxes) from citizens. The government then arbitrarily determines the level of service it will actually provide, and to whom it will be provided. As Bruce Benson wrote, “A person’s chances of police protection correspond closely to his position in the “geography of political power.” Much more attention is paid to the robbery of an important political figure than to the murder of an out-of-work, uneducated member of a racial minority.”4

Having already taken the money to fund massive police and judicial bureaucracies, the government has little incentive to solve violent crimes. Less money allocated to this task means more money is available for exorbitant bureaucratic salaries. But those evil tax evaders are different. The government has not yet succeeded in taking their money, so politicians extract more tax dollars to hire people to hunt down these hardened criminals.

The government considers tax-evaders to be thieves because they are not honouring their tax obligations – they are stealing from the government. Regarding taxation, we can argue over who is the actual thief, but that goes beyond the scope of this article. What is clear, beyond any doubt whatsoever, is that the government considers the pursuit of tax thieves to be a higher priority than providing justice for victims of rapists, murderers, and robbers. We know this is true because $1.6 billion allocated to the CRA to solve tax evasion crimes could instead have been allocated to municipalities for the purpose of solving violent crimes. It is appalling and contemptible that a majority of federal politicians shamelessly establish such priorities for crime solving.

The coercive nature of government creates perverse incentives. Professor Bruce L. Benson presents a compelling case that law making and law enforcement are best left to the free market, where service is linked to payment, thus creating the necessary incentives for achieving excellent performance and justice for victims.

Following a 23-year career in the Canadian financial industry, Lee Friday has spent many years studying economics, politics, and social issues. He operates a news site at www.LondonNews1.com

This article has been republished with permission from Mises Institute. 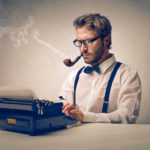 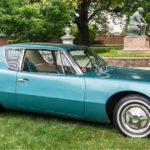 Sorry Officer, My Castle Is Not Your Castle