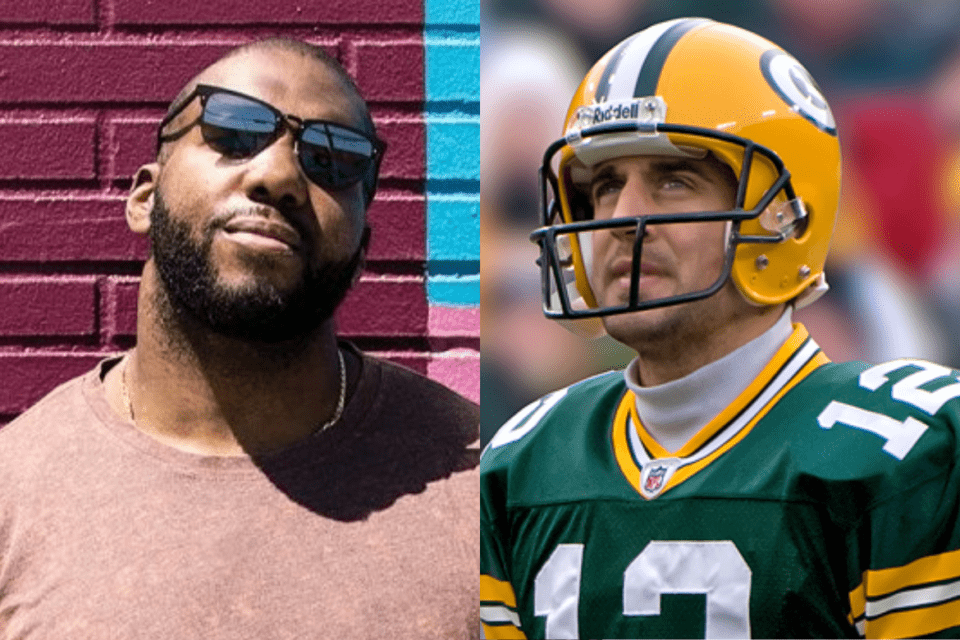 Offensive tackle Russell Okung has made a name for himself on the field as one the most dominant players in the NFL.

Standing six foot five and weighing more than 300 pounds, Okung, the sixth overall pick in the 2010 NFL draft, has chalked up a Lombardi Trophy and two Pro Bowl nods in his 11-year-career.

To date, Okung’s political views off the field have garnered less attention than his play, but that may be changing.

With a wonderfully simple description on his Twitter profile—”life, liberty, and #bitcoin”—Okung is one of the few players in the NFL to channel a clearly libertarian vibe. A quick perusing of his tweets shows he makes it no secret about where he stands on individualism.

So perhaps it’s no surprise that Okung, who has shown a rare courage to speak with moral clarity on complex social issues, has been one of the few professional athletes to take on government COVID-19 restrictions.

“No one has the authority to tell another hard working person their business is not essential,” Okung, who currently plays for the Carolina Panthers, tweeted on Wednesday.

The tweet is just one of dozens in Okung’s feed that calls into question both the morality of lockdowns that make it illegal for business owners to make a living and subservience to government officials attempting to manage a pandemic through central planning.

One of Okung’s anti-lockdown tweets (more than one, actually) even earned a like from Aaron Rodgers, the All Pro quarterback for the Green Bay Packers who, like many professional athletes, has been more reluctant to weigh in on social issues (at least controversial ones).

A simple “like” from Rodgers on Twitter may seem trivial, but it shows that Okung is emerging as an important voice and leading evangelist for liberty and individualism.

Okung is correct about the moral and economic problems associated with allowing government officials to decide which businesses get to stay open and which must close.

“Allowing politicians to decide which businesses and products are ‘essential’ is an invitation for disaster,” FEE’ presidenti Zilvinas Silenas pointed out earlier this year. “If we continue to deny these businesses the ability to do the one essential thing they are best at — providing goods and services to millions of everyday Americans — we risk more than unemployment or recession of stock price plunge. We deprive ourselves of the best resource — our people — during the time of need.”

The reality is, all workers are essential. Depriving individuals of the ability to earn a living is not just immoral, however. It’s also destructive.

As economist Leonard Read artfully showed in his classic work “I, Pencil,” economies are vast and interconnected. Individuals are incapable of making most things themselves, even a simple pencil. Economies rely on millions of people acting together to provide goods and services. No government official can possibly know all the materials that go into the innumerable products that propel our economy—and the reality is they don’t really try to.

Most businesses deemed “essential” are no more essential than any other; they are simply politically favored. Lottery tickets and liquor stores are not more essential than the local hardware store. And the local restaurant, which is closed down, is not a greater health hazard than the Mall of America, which remains open in my home state.

It’s not that people don’t understand these closures are unfair and make little sense. It’s that most lack the moral courage to say it.

That’s why what Russell Okung is doing is so important. He’s not just speaking truth, but speaking it in a way that is resonating with other NFL players like Rodgers.

The lockdowns have been largely ineffective at slowing down the virus but catastrophically damaging to individuals and economies. They will go down in history as a mad plan spawned by fear, hubris, and groupthink.

If we’re to break from the spell of lockdown mania, we’ll need more people to find the moral courage to speak out against the draconian policies, like Okung.

Judging by his Twitter activity, Aaron Rodgers may soon be one of them.

Italian Citizenship With A 1948 Case- How Does It Work