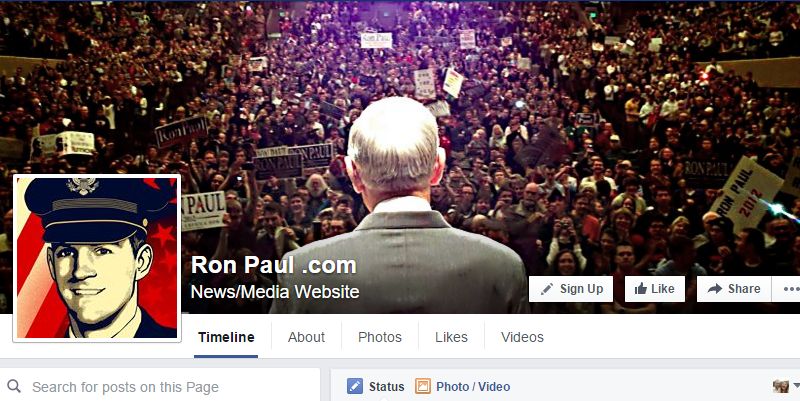 The founders of RonPaul.com, a fan-made site which Ron Paul actually attempted to sue in order to gain control of, have endorsed Donald Trump for president. Many of their followers have reacted negatively, especially since Ron Paul himself expressly denounced Trump recently.

But the operators of RonPaul.com are not alone. There is a sizable flock of libertarians and other types of former Paul supporters backing the populist, blowhard, casino mogul who brags about buying politicians. For most, it proves that liberty was never what attracted them to Paul’s message in the first place.

While it is frustrating to see so many libertarians working hard to vindicate every stereotype and caricature the left has ever drawn of us, those of us who truly do believe in liberty should not mourn their loss to our movement. They were never here for the right reasons. A clearer example of this could not be found than the owners of RonPaul.com, who took a man they claimed to revere and then held his own name hostage from him so they could shamelessly profit off of it for years to come. Now they are using his likeness and name to promote a demagogue who Paul has personally condemned.

Of course, when the site posted their announcement, they were met with wrath; proving that many libertarians still have their heads attached. 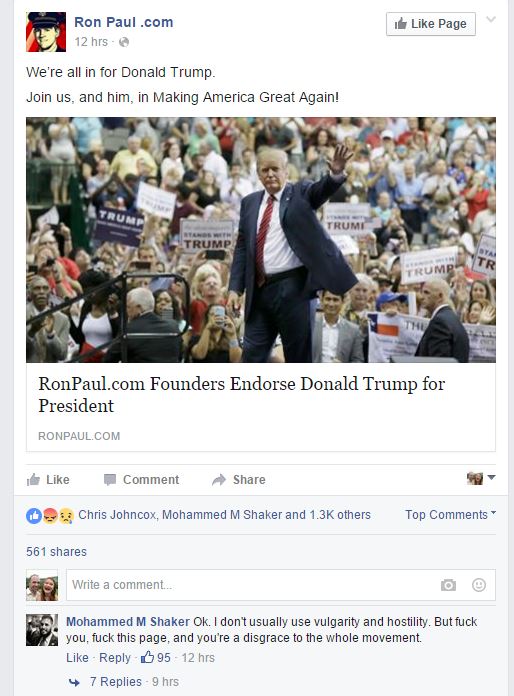 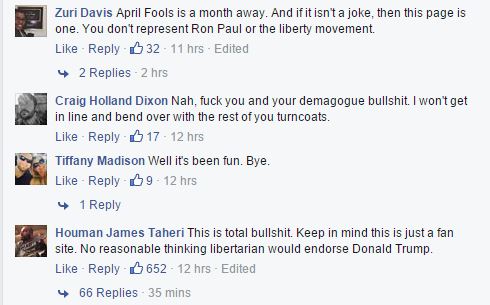 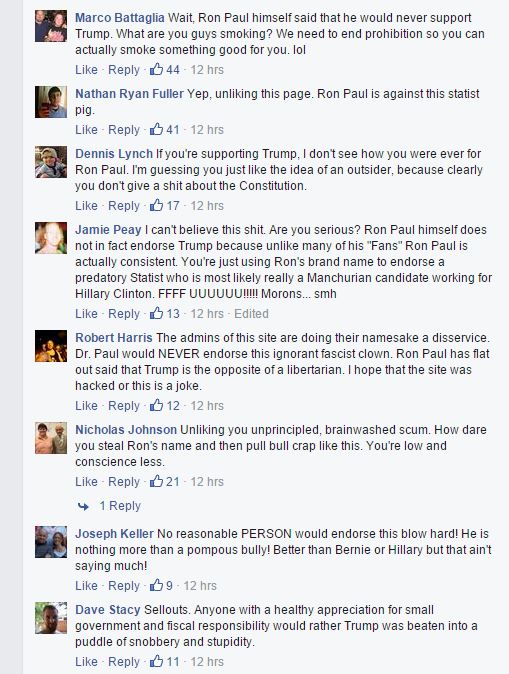 Taking Down Donald Trump: Is It Too Little, Too Late?

Mattress Girl Is Back, This Time With a Robot That Talks About Rape