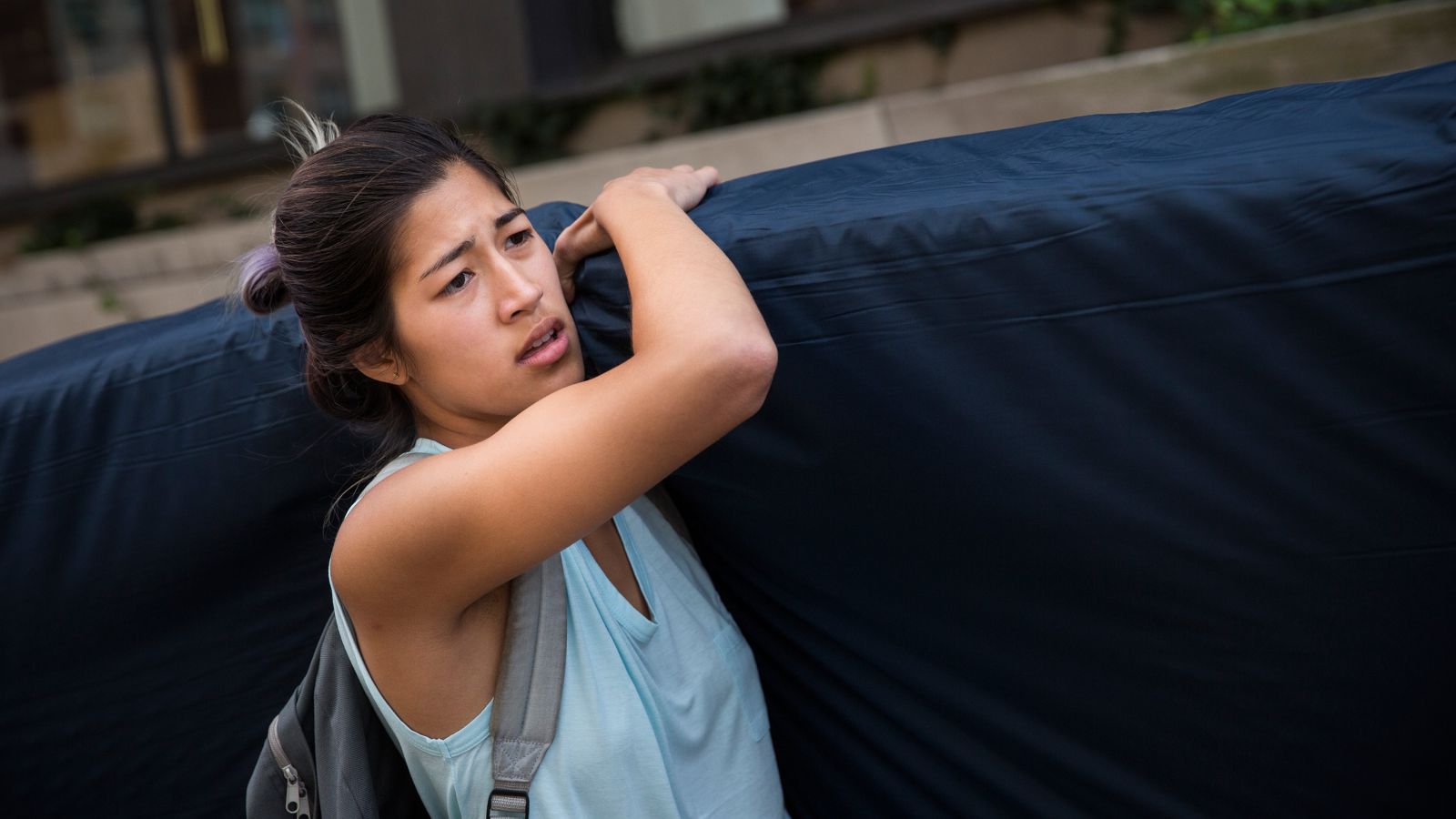 Former Columbia University student Emma Sulkowicz, better known as “Mattress Girl,” has reemerged after a few months out of the spotlight. This time, she’s brought a robot with her.

Sulkowicz first grabbed national headlines in the fall of 2014, when she began carrying a mattress around campus as part of a senior art thesis. The mattress, she said, symbolized the “weight” she bore after allegedly being raped and having to see her alleged rapist go unpunished. Sulkowicz carried her mattress throughout the school year, was invited to the State of the Union address by Sen. Kirsten Gillibrand, and even defied school officials by hauling her mattress on-stage at graduation.

A few weeks after graduation, Sulkowicz attracted heavy criticism when she released a pornographic video reenacting her alleged rape as a work of visual art. Since then, she has been out of the public eye. Meanwhile, her alleged rapist Paul Nungesser has been pursuing a lawsuit against Columbia University, claiming the school allowed him to suffer gender-based harassment.

But now, Sulkowicz is back as the centerpiece of a visual art exhibit at the Coagula Curatorial in Los Angeles. Titled “Self-Portrait,” the exhibit mostly features Sulkowicz herself standing on a pedestal and fielding questions from any visitors who stand on a pedestal opposite her. The exhibit also features a robot, specifically “Emmatron,” a “life-size ultra-realistic replica of Sulkowicz” that uses an iPad app to answer any questions Sulkowicz believes “objectify or fetishize” her. The questions that are sent to Emmatron mostly concern Sulkowicz’s mattress and the various questions emanating from it, according to Los Angeles Times art critic Sharon Mizota. 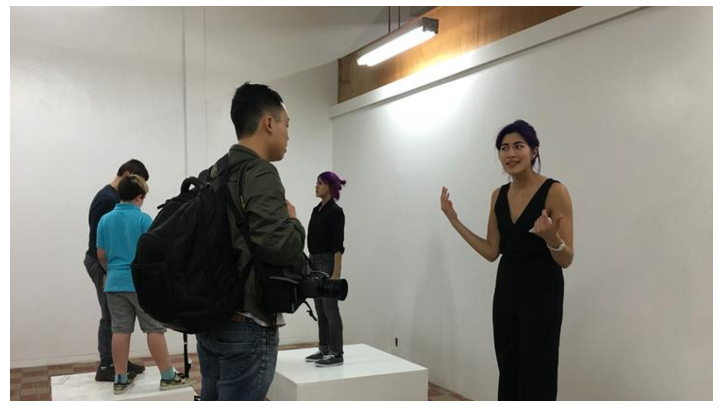 Along with Sulkowicz herself and the Emmatron, the exhibition will also feature 20 smaller 3D-printed replicas of Sulkowicz dubbed “In-Action Figures,” which reflect “the widespread commodification and flattening of her image in the news and on the internet.”

“Self-Portrait as an exhibit is a live investigation of identity as performance,” says the exhibit’s web page. “It pushes the limits and meaning of the self-portrait as a contemporary concept.”

The exhibit began Feb. 27 and will run through April 3, though Sulkowicz will only be performing through March 13.