Biden, who faces sexual assault allegations by his former Senate staffer Tara Reade, said in a Wednesday statement that he will reverse DeVos’s rule that seeks to ensure that those who have been accused of campus sexual assault receive due process, the Hill reports.

“It’s wrong,” the presumptive presidential nominee said, adding that the rule is a Trump administration effort to “shame and silence” sexual assault victims.

“And, it will be put to a quick end in January 2021, because as president, I’ll be right where I always have been throughout my career — on the side of survivors, who deserve to have their voices heard, their claims taken seriously and investigated, and their rights upheld,” Biden added.

The former vice president said the rule lets colleges “off the hook for protecting students” by allowing colleges to investigate “in a way that dissuades survivors from coming forward.”

“Survivors deserve to be treated with dignity and respect, and when they step forward they should be heard, not silenced,” he added. “Today, Betsy DeVos and Donald Trump published a rule that flies in the face of that belief and guarantees that college campuses will be less safe for our nation’s young people.”

Reade has accused Biden of kissing her, touching her and penetrating her with his fingers without her consent.

The rule seeks to provide due process to those accused of sexual assault by narrowing the definition of sexual harassment, requiring schools to produce evidence and allowing the cross-examination of students alleging sexual assault, according to the Hill.

“Too many students have lost access to their education because their school inadequately responded when a student filed a complaint of sexual harassment or sexual assault,” DeVos said in a statement, according to the Hill.

“This new regulation requires schools to act in meaningful ways to support survivors of sexual misconduct, without sacrificing important safeguards to ensure a fair and transparent process,” she added. “We can and must continue to fight sexual misconduct in our nation’s schools, and this rule makes certain that fight continues.”

The Trump campaign spokesman accused Biden of holding students to a higher standard than he hold himself.

“Biden should cut the malarkey and provide an honest answer to Americans – why shouldn’t he be held to the same standards he spent years imposing on everyone else,” Trump campaign spokesman Andrew Clark said, the Hill reports.

Neither Biden nor DeVos immediately responded to a request for comment from the DCNF. 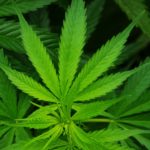 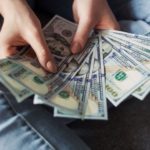