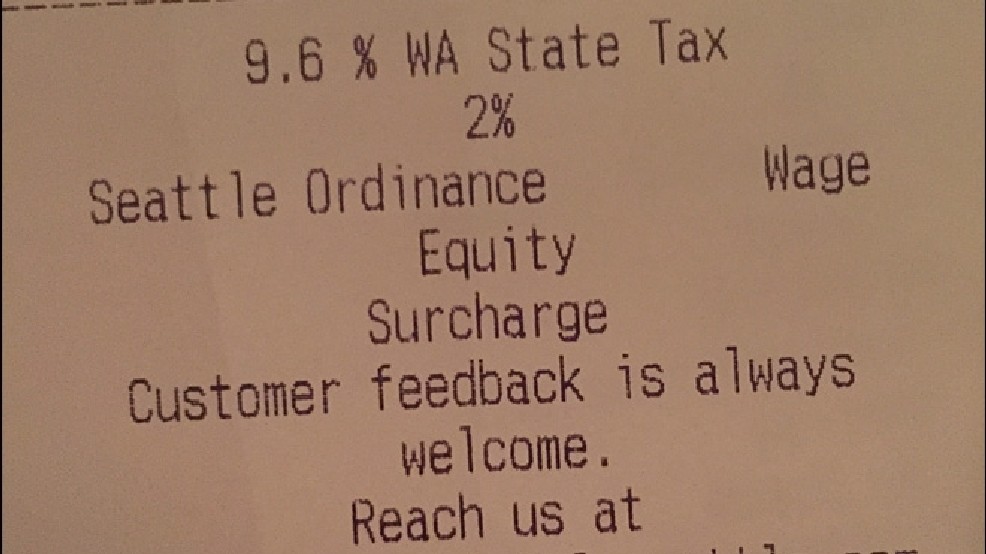 As liberal activists and the “Fight for Fifteen” movement continues to press for an increased minimum wage, the restaurant industry is passing the cost on to consumers in some states.

Instead of increasing the price of menu items, many independent and regional chain restaurants are including a surcharge on the bill. The 3 to 4 percent surcharge is meant to make up for the increased labor costs as state minimum wage laws creep upwards.

The trend is picking up in states like Arizona, California, Colorado, and New York, according to a recent Wall Street Journal report. (RELATED: 20 States Ring In The New Year With Minimum Wage Increases)

The surcharge is thought to be more effective than increased menu prices, because when menu prices increase, consumers will “often trade down in the types of menu items they order, choosing a sandwich instead of an entree, or they leave off beverages or dessert,” Bonnie Riggs, an restaurant analyst for NPD Group Inc., told the Wall Street Journal.

Analysts predict that the practice of including a surcharge on restaurant bills will only increase as states and local municipalities implement increased minimum wage legislation.

Seattle raised its minimum wage to $15 in 2014, followed by San Francisco and Los Angeles. Gov. Andrew Cuomo signed into law a new $15 minimum wage for New York state in 2016, and the University of California has proposed to pay its low-wage employees $15.

Business groups call the increases “reckless,” and warned that it would lead to job losses and worsen a state’s business climate. Bill Dombrowski, president of the California Retailers Association, predicted a $15 minimum wage would force some employers to compensate for higher labor costs by curtailing hours or cutting employees.

Students Denounced As Racist For Wearing US Flag Colors