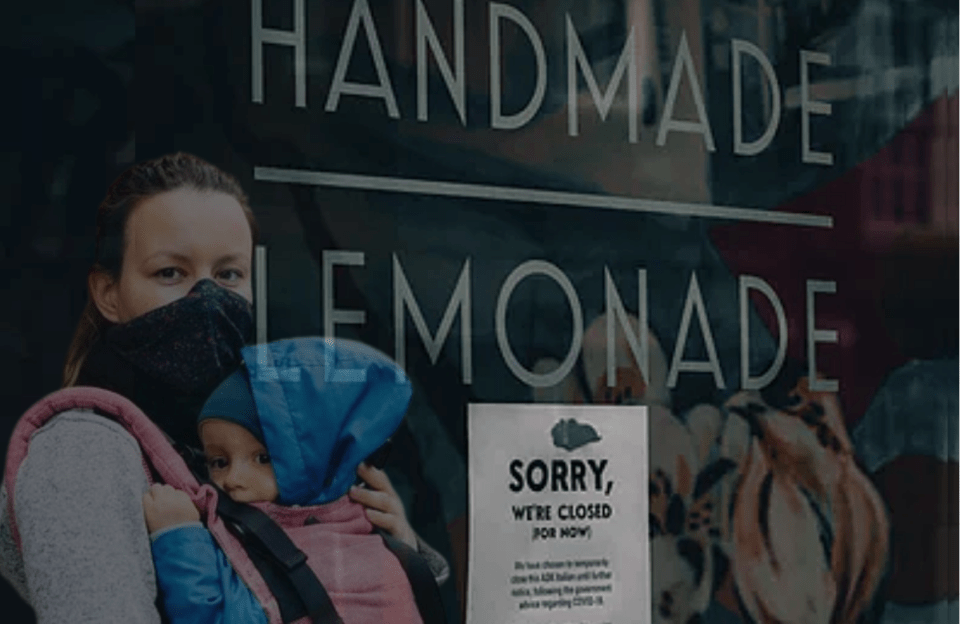 “The more people who are dependent on government handouts, the more votes the left can depend on...”
–Thomas Sowell

“A single mom in Texas wrote to me. She said when she couldn’t work, this [COVID] relief check put food on the table and saved her and her son from eviction.” – Joe Biden

Few tactics in war are more effective than surreptitiously creating a crisis for an unwitting enemy; then convincing them that you are not just their best friend, but also wise and their only hope for survival.

The current left, and in particular the more progressive brand gaining popularity, markets itself as the savior of the disenfranchised, including women. In order to maintain the monopoly on that reputation, leftist politicians must consistently craft subversively oppressive policies (or just imply that existing policies are somehow damaging to women), and blame the oppression on the other political team. Then, they simply use political sleight of hand to convince women that progressive policies are the only way out of their oppressed state.

This topic could obviously consume an entire book. Fortunately, Joe Biden’s recent speech to Congress provided a concise set of quotes illustrating these tactics, so going through just a few of those should serve as a good example of the general principle.

“Madame Vice President. No president has ever said those words from this podium… and it’s about time.”

Few people are likely upset at all that the current vice president is a woman, and beginning his speech by pointing out that he chose a woman as his running mate (although he’s not even the first candidate to so) comes across as pandering. Typical of politicians? Of course. An eye-rolling start to a speech that just pandered harder as it progressed? Also yes.

More concerning, obviously, is why Biden came to recruit Kamala Harris, of all women, to be his second in command. Harris has been open about the fact that she believes women who have accused Biden of touching them inappropriately. Yet, she evidently had no hesitation about working directly for him and singing his praises once in position. Harris has a troubling history of harsh criminal justice practices that incarcerated non-violent single parents, 80% of whom were women, thereby breaking up families. And her supposed change of heart on some of those issues hardly seems adequate to hold her up as a champion for women now.

For these and numerous other reasons, many people understandably suspect that Biden chose Harris not for her qualifications, but as yet another in an annoyingly long list of virtue signals aimed at women. It’s an insufferable practice that is fast becoming his trademark.

“Two million women have dropped out of the work force during this pandemic… We’ve already sent more than 160 million [COVID relief] checks out the door.”

Biden has made much ado about how he is certain he could have handled the pandemic better than his predecessor, with all 200,000 initial deaths apparently directly due to Trump. And now he is seemingly creating money out of whole cloth—or paper—to cure the economic crisis caused by the draconian lockdown measures he enthusiastically supported. Model after model after model has been proven incorrect, and numerous experts have made clear that destroying the economy through shutdowns had at best a negligible effect on the spread of the disease. What it did spread was avoidable poverty, much of it hitting women. And the one person who spread it now wants to take credit for stopping it.

One fan praised his policies, “He talked about the American Recovery Plan which would extend unemployment, which would help me and women like me.” Her use of the term “extend unemployment” is an accurate one, although it is clearly not what she intended to imply. He is indeed extending the actual state of unemployment, as it is more lucrative for some people to remain unemployed—or at least turn down higher-paying jobs—to keep collecting “stimulus” money taken by force from fellow Americans (including women, naturally).

It would be difficult to conceive of a more effective way to keep women unsuccessful than by paying them to be so. They can either work hard and starve, or they can do nothing and receive enough stolen money to survive. One can hardly blame them for choosing the latter, but one can certainly blame progressives for forcing people to choose between two terrible options.

“Let’s raise the minimum wage to $15. No one working 40 hours a week should live below the poverty line. We need to ensure greater equity and opportunity for women.”

Again, the leap to “for women” seems a tad misguided, as it has long been illegal to pay women less simply on the basis of their sex. Maybe we could finally let that dead economic theory horse rest in peace.

Worse, in his supposed desire to improve the situation of women at large, he is taking from them, by force and at risk of government sanction or violence, the opportunity to build their own careers on the terms they find best for them. A woman with little experience in her hoped-for profession would be happy with a low wage as she builds her skills by starting at the bottom rung of the ladder, instead of paying thousands of dollars to a college that probably would not leave her with a fraction of the job skills her internship or initially low-paying job would garner her. But President Biden believes that women are not capable of forging their own path, and they desperately need him to ride in on his white horse to save them.

“We’re keeping people from being evicted from their homes.”

Joe Biden is going to finance their rent from his own deep pockets? That IS generous, and I’m certain that both renters and landlords will be pleased with this arrangement. Everybody wins!

Sadly, I’m given to believe that as passionately as Biden cares about tenants’ rights, he is not going to use his own money to pay the monthly rent check. Rather, he will simply prevent the landlady from evicting non-paying tenants who are squatting on her property. So, the landlady, who was likely barely making ends meet before, is now destitute and has no income—although she does have a slew of friendly strangers living awkwardly next door. In her house. However, she can be sure that Biden has a very woman-friendly proposal up his sleeve that will save her business when he determines the time is right to share it. As a woman, she should probably just stop asking for answers to questions concerning her life, because Biden obviously knows what’s best for her.

“My American Families Plan guarantees four additional years of public education for every person in America, starting as early as we can.”

Moms, the terrible public school system through which you suffered has rendered you useless to teach your own children. Logically then, Biden feels that the best solution to this is to put them in those same public schools from even younger ages, so the state has four more formative years to teach them in even more ineffective and devious ways than they once taught you.

Your daughters, like Kamala Harris, can wade through the public school propaganda for which you are forced to pay whether you approve it or not. And they can then grow up to be told by self-righteous progressives that they are incapable of succeeding on their own.

Some people might protest that the left has no particular hatred of women, and that calling this particular strategy a war on women is both inaccurate and hyperbolic. And it is indeed likely true that the current attack is not based on hatred so much as it is on a desire for political power. But should the reason matter when the attack is real? And is an attempt to destroy the independence of a whole demographic of people not a war? Unless they are willing to call the situation what it is, women are going to become the next casualty of the soft bigotry of low expectations.

Aubrey Wursten is a political satirist who occasionally dabbles in real news writing. She holds a degree in University Studies (which is every bit as useful as it sounds), and she is currently studying to become a nutrition coach. Her work can be found on many websites, including her proprietary satire page, fakenewsyourway.com.

How You Know That You Found the Right One