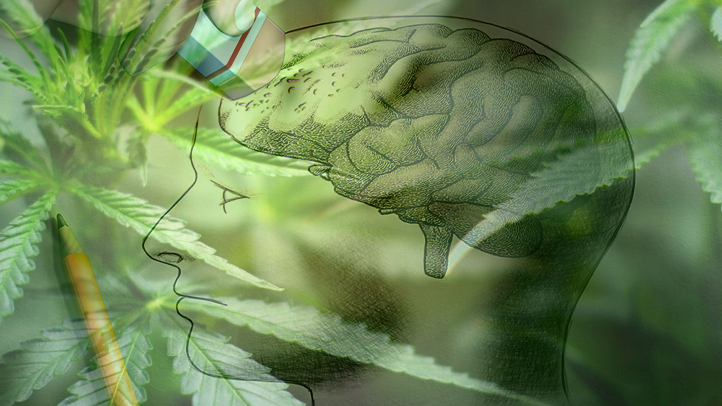 The federal prohibition of marijuana is blocking medical experts from studying weed’s uses in treating Alzheimer’s Disease, a problem facing a growing body of medical research.

Scientist at the Salk Institute for Biological Studies in California are finding early success in looking at marijuana extracts as a treatment for the debilitating condition. Despite marijuana being fully legalized in California, the Salk Institute in-part relies on federal funding, and therefore must abide by federal standards, which prohibits using any marijuana in studies without approval from the Drug Enforcement Administration (DEA). The researchers applied for approval in December but have heard nothing from federal officials, reports CNBC.

Researchers were initially able to bypass federal regulations by working with only a milligram of cannabinoids derived and purified from methanol. Cannabinoids are compounds found in marijuana, which individually may hold a variety of medical applications. Marijuana’s Schedule I classification alongside heroin by the DEA is also impeding research aiming to use compounds from pot to treat post-traumatic stress disorder (PTSD), cancer, glaucoma and multiple sclerosis.

“It’s so blatantly obvious that this plant should be studied in greater detail, and yet we have this major roadblock stopping it,” Dr. David Schubert, the senior scientist of the Alzheimer’s Research, told CNBC. “It’s hard enough to get funding without having to worry about legal issues on top of it. It’s odd and somewhat demoralizing.”

Early research conducted on human neurons found tetrahydrocannabinol (THC), the psychoactive compound that gives users a traditional high, and other compounds in the plant help the body target amyloid beta, the toxic plaque protein linked to Alzheimer’s Disease. The protein causes inflammation and kills off neuron cells, causing the deterioration of a patient’s memory.

The researchers hope to learn how to target these proteins with marijuana compounds to prevent the disease from taking hold, but their work is currently in limbo until the DEA gets around to reviewing their application.

Medical researchers are becoming more vocal in their criticism of the DEA marijuana designation and implore officials to reform their policy. Veterans attempting to obtain medical marijuana as an alternative treatment to chronic pain and PTSD are petitioning the government to ease restriction on marijuana research and also to amend the policy of the Department of Veterans Affairs to include medical marijuana.

It is a violation of VA policy to prescribe or even recommend marijuana to a patient, due its status as a Schedule I drug alongside deadly narcotics.

“The most evil thing in the world is a person who would knowingly allow their brother, sister, or neighbor to suffer,” Tom Lee, a veteran and marijuana activists in Arkansas, told THV 11. “I’ve tried not to do that and I’ve tried to let everyone know the truth about this plant.”

Veterans suffering from PTSD are currently participating in the first clinical trial studying the efficacy of treatment with marijuana. Each participant will undergo treatment with marijuana over a 12-week period, with a required six-month follow-up. Researchers hope the results can give critical guidance to lawmakers in terms of future policy, specifically the treatment of veterans.