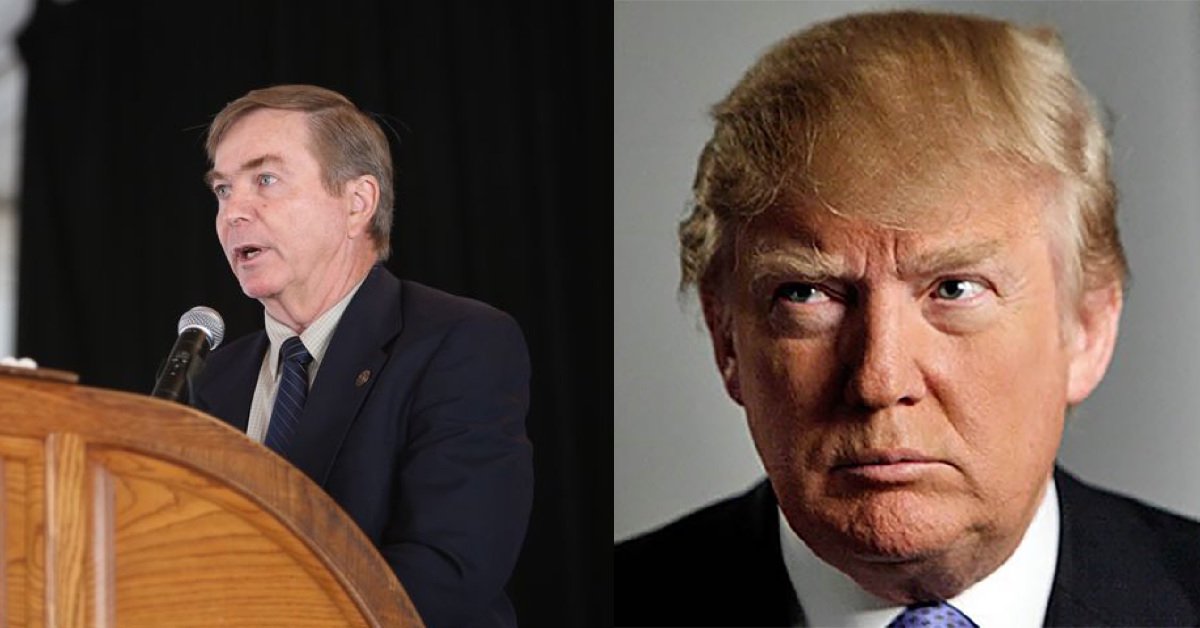 There is still one way the Republican Party can stop Donald Trump from becoming the party’s presidential nominee; a nuclear option that would surely cause backlash from voters, possibly cementing the current split within the GOP. But for some, a party that would nominate Trump is not worth saving.

Meet Curly Haugland, a North Dakotan businessman and Republican gadfly who has earned himself a reputation as an expert of and stickler for GOP convention rules. Haugland has become a well known pain in the ass who sits on the crucial RNC Rules Committee. What causes some to regard Haugland as a pariah is his long standing mission to return the presidential nominating power to party heads, thus taking that power away from party voters.

With the GOP splintering, Haugland has become a man with much power. In previous years, Haugland’s strict interpretations of the rules were ignored, but with so many Republicans openly opposing Donald Trump, this year could be different. Haugland could possibly find support among Cruz and Rubio delegates and push to block Trump’s nomination.

How? Haugland has insisted that Republican National Committee rules do not bind delegates to a candidate, stating the requirements states place on their delegates are non-binding. Basically, Haugland believes every delegate should be able to vote their conscience and not vote for whomever won their state’s popular contest.

A candidate needs 1,237 delegates to vote for them at the convention to receive the nomination. While it seems Trump will have more than enough in bound delegates heading into the convention, if Haugland gets his way all those delegates will be released. With so many openly declaring they would not support Trump if they were not required to, such an action would likely doom Trump.  It’s a prospect that previously seemed unlikely, but again, the party has never had such a divisive presumptive nominee.

To be certain, Haugland is not a member of the so-called establishment. He’s an ideologue with a strong libertarian streak who has been annoying party members for years with his steadfast opposition to cronyism and corporate welfare. Haugland even once tried to get the party to declare its independence from sitting President George W Bush.

Are party insiders weighing the nuclear option? Senator Marco Rubio and House Speaker Paul Ryan certainly seem hesitant to climb onto the Trump train. Former GOP presidential nominee Mitt Romney has also levied harsh criticisms toward Trump. Could these factions of the GOP be lining up behind Haugland’s plan or are they just playing politics?

Make no mistake, the nuclear option may stop Trump, but it will be devastating to the party. Which is not to say a Trump nomination won’t be a disaster itself. The party is stuck and no matter what it does, a split is likely. Will insiders decide it’s better to nuke it than let Trump be their standard bearer? We’ll have to wait and see.