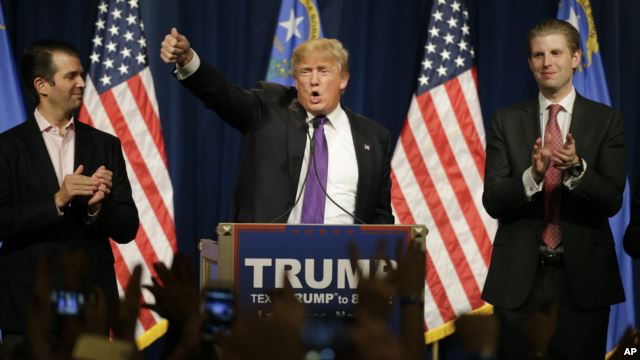 That was not a misprint – according to Realtime Politics, Trump implied recently at a rally that this would be a way to silence bad press.

During an insane speech at a rally in Ft. Worth, Texas, Trump said he wants to “open up our libel laws so when [reporters] write purposely negative and horrible and false articles, we can sue them and win lots of money.” Trump said he would want to be able to sue newspapers like the New York Times and the Washington Post when they write negative articles about him and his finances. He called the Times and the Post, “the most dishonest media outlets I’ve ever seen in my life. I think the media is among the most dishonest groups of people I’ve ever met. They’re terrible.”

Trump continued, “When The New York Times writes a hit piece, which is a total disgrace, or when The Washington Post, which is there for other reasons, writes a hit-piece, we can sue them and win money instead of having no chance of winning because they’re totally protected.”

Changing the free-press laws would require serious alterations to the meaning of the First Amendment. But Trump never mentioned that part.

Something to note, however: While the original report claimed to include “video,” the footage was an unrelated Kasich interview speaking on which GOP candidate will win TX.

This Video Shows the Horrors of Socialism in the USSR [VIDEO]