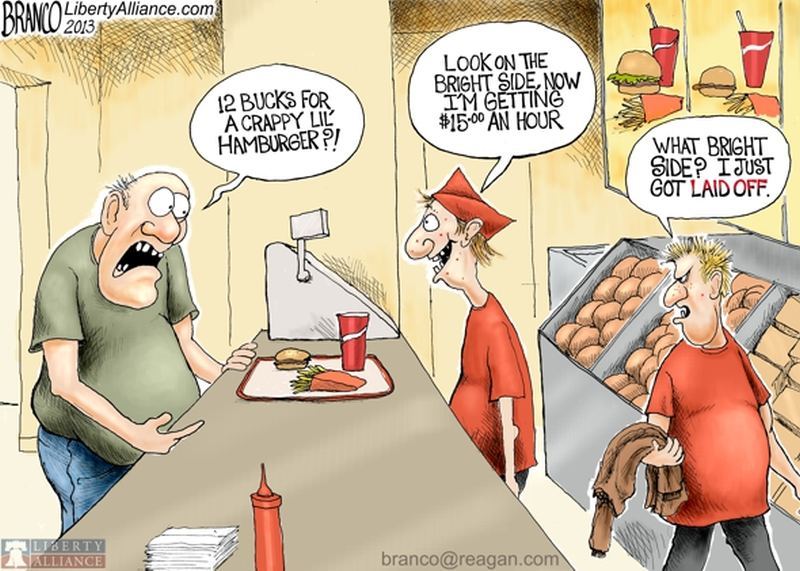 An $11 minimum wage in St. Louis, Missouri may cost the city 1,000 jobs, mostly belonging to the area’s most vulnerable populations, according to a report from the Employment Policies Institute.

Using Census Bureau data, Dr. David Macpherson of Trinity University and Dr. William Even of Miami University estimate that over 25,000 employees in St. Louis would be affected by the increase to $11, and over 1,000 workers would lose their jobs.

The board of alderman in St. Louis approved a plan to raise the minimum wage to $11 an hour from $7.70 an hour in August of 2015. The planned increase was challenged in court, and initially, a trial court ruled that Missouri state wage laws prohibited the city to raise its local minimum wage. (RELATED: Democratic Mayor Vetoes $15 Minimum Wage Bill)

The case rose all the way to the state Supreme Court, which ruled in February 2017 that a 1998 law that prohibited cities to increase its minimum wage laws was unconstitutional, and the court overturned the trial court’s decision.

Proponents of the raise argued that the jump from $7.70 an hour to $11 an hour by 2018 is a “no-lose proposition,” according to the report. A labor union-funded group even led an effort to paint the raise as a benefit to local businesses and the economy.

Close to 70 percent of individuals with no education beyond a high school diploma are in grave danger of losing their jobs due to the increase, according to the report. (RELATED: New Study In Washington, D.C. Finds That $15 Minimum Wage Could Cost 1,200 Jobs)

Employees in the leisure and food service industry, as well as retail, will be hit the hardest by the increase. Nearly two-thirds of the layoffs will come inn those industries according to the report.

A similar study recently revealed that the District of Columbia is in danger of losing 1,200 jobs by 2020 if the minimum wage is increased to $15 an hour.

Seattle, Wash., raised its minimum wage to $15 in 2014, followed by San Francisco and Los Angeles. New York Gov. Andrew Cuomo signed into law a new $15 minimum wage for his state in 2016, and the University of California proposes to pay its low-wage employees $15.

Fractions of Factions- The Libertarian Resistance