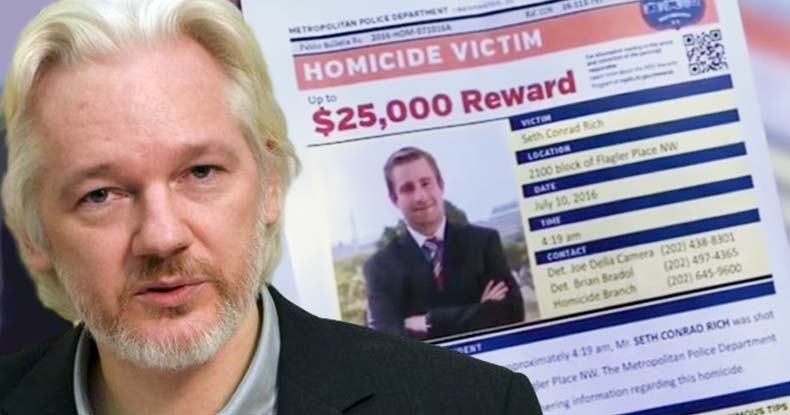 A Democratic National Committee staffer named Seth Rich was murdered last July in Northwest D.C and police have suggested the killing was a botched robbery, even though many circumstances surrounding the murder, seemed odd for that type of incident. The oddities led many to theorize as to what really happen to Rich, and now it appears that he may have in fact been in communication with the whistleblower organization Wikileaks.

Rod Wheeler, a private investigator hired by the Rich family, suggests there is tangible evidence on Rich’s laptop that confirms he was communicating with WikiLeaks prior to his death, according to the Drudge Report.

From the Drudge Report:

Wheeler, a former D.C. police homicide detective, is running a parallel investigation into Rich’s murder. He said he believes there is a cover-up and the police department has been told to back down from the investigation.

When we asked Wheeler if his sources have told him there is information that links Rich to Wikileaks, he said, “Absolutely. Yeah. That’s confirmed.”

Wheeler also told us, “I have a source inside the police department that has looked at me straight in the eye and said, ‘Rod, we were told to stand down on this case and I can’t share any information with you.’ Now, that is highly unusual for a murder investigation, especially from a police department. Again, I don’t think it comes from the chief’s office, but I do believe there is a correlation between the mayor’s office and the DNC and that is the information that will come out [Tuesday].

A full report with the new details will air Tuesday morning on FOX News.

WATCH WIKILEAKS’ JULIAN ASSANGE COMMENT ABOUT THE POTENTIAL CONNECTION TO RICH BACK IN 2016: