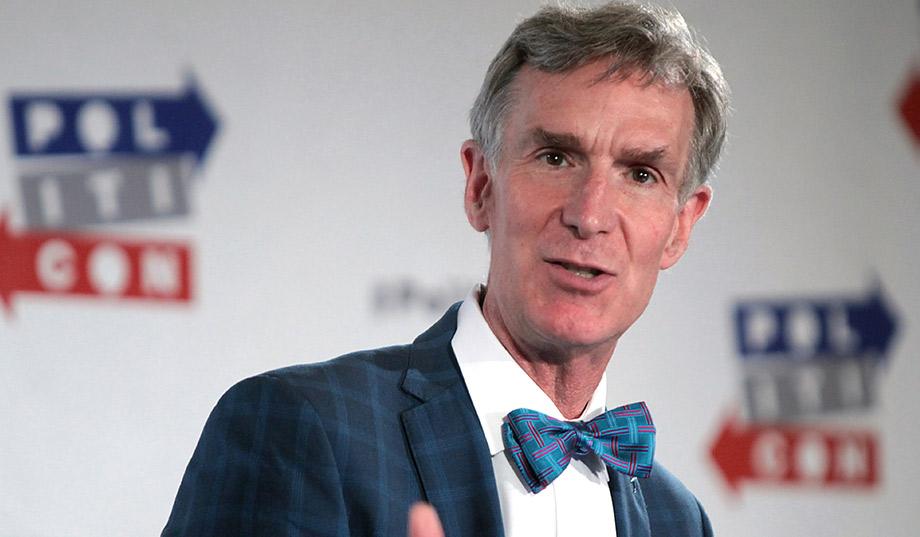 The post complains that Nye, who is well known for hosting a children’s TV show in the 1990s, left his objective “Science Guy” persona behind in favor of becoming blatantly political and bashing anyone who disagrees with him. The Reddit post received more than 71,000 upvotes and over 14,000 comments as of Tuesday evening. It has been “gilded” 8 times, and each of these means that someone on Reddit paid about $4 dollars to the author for writing it.

“I am about halfway through Bill Nye Saves the World, and I am completely disappointed. I’ve been a huge fan of Bill Bye since I was ten,” Reddit user Sloth859 wrote. “Bill Nye the Science Guy was entertaining and educational. Bill Nye Saves the World is neither. In this show he simply brings up an issue, tells you which side you should be on, and then makes fun of people on the other side.”

Sloth859 and many other Reddit users noted that Nye’s show is mean-spirited and ignores real solutions in favor of appealing to progressive political sensibilities. Reddit overwhelmingly leans towards the left and generally supports global warming causes. The post reached Reddit’s front page on Tuesday evening.

“In the first episode he shuts down nuclear power simply because ‘nobody wants it,’” Sloth859 wrote. “Really? That’s his go to argument? There was no discussion about handling nuclear waste, or the nuclear disaster in Japan.”

Sloth859 noted that Nye ignored nuclear power as a solution to global warming, even though it creates no carbon dioxide emissions (CO2). The redditor said that nuclear power’s biggest problems are government red tape and environmentalist opposition, both of which Nye could help change. Instead of doing so, Nye simply dismisses the technology.

“A panelist states that the main problem with nuclear energy is the long time it takes to build a nuclear plant (because of all the red tape),” Sloth859 wrote. “So we have a major issue (climate change caused by burning hydrocarbons), and a potential solution (nuclear energy), but we are going to dismiss it because people don’t want it and because of the policies in place by our government. Meanwhile, any problems with clean energy are simply challenges that need to be addressed, and we need to change policy to help support clean energy and we need to change public opinion on it.”

When the energy company NuScale Power asked the federal government for permission to build an advanced nuclear reactor, it spent $500 million and 2 million labor hours over eight years on a 12,000 page-long application that has yet to be approved. Due in part to this sort of regulatory red tape, the U.S. isn’t building enough new reactors to solve global warming.

“I just don’t see the point of this show,” Sloth859 concluded. “It’s just a big circle jerk. It’s not going to convince anyone that they’re wrong, and it’s definitely not going to entertain anyone.”

“I completely agree,” another Reddit user named anthroteuthis responded in a comment upvoted almost 8,000 times. “Who’s the target audience for this show? People who watched him when they were kids, right? Why does he now think we’re dumber than we were at ten years old? I am now an actual scientist, and I’m disgusted by this show.”

Nye’s new Netflix show was also harshly criticized in the media. Even the left-leaning news site Vox called the show “unapologetically political” and said Nye’s “approach could use some refinement.” A CNN contributor described the show as having “a few structural miscalculations” and accused Nye of “preaching to the choir.”