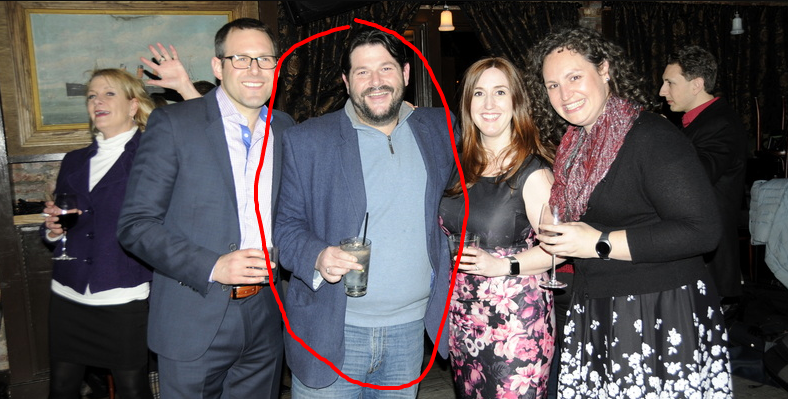 A campaign operative warns that if emails are found linking a slain Democratic National Committee (DNC) staffer to the 2016 leak of thousands of the partisan organization’s internal emails, they should be disregarded because they could have been altered.

Brad Bauman issued the warning, which rehashes the DNC’s damage control strategy in the aftermath of Wikileaks publishing more than 44,000 internal committee emails. The leaks showed Donna Brazile, another Democratic campaign operative, tipped off former Secretary of State Hillary Clinton about debate questions in advance, among other revelations.

Brazile and other Democrats claimed for months the emails were “falsified.” However, Brazile admitted in March 2017 that the emails Wikileaks published were real, and she called giving the debate question to Clinton a “mistake I will forever regret.” (RELATED: “Here’s Cryptographic Proof That Donna Brazile Is Wrong, Wikileaks Emails Are Real.”)

The District of Columbia Metropolitan Police have said they have no leads in Rich’s murder and that Rich likely died in a bungled robbery attempt. None of Rich’s valuables — including a cell phone, watch and expensive necklace — were taken from him at the scene where he was shot twice in the back. Twelve days after the attack, Wikileaks published the DNC emails.

Bauman, who has been described in the media as representing the Rich family, also claimed the former DNC staffer’s death was the result of a botched robbery. He is a professional Democratic campaign operative, crisis communicator and former executive director of the Congressional Progressive Caucus.

“Even if tomorrow an email was found, it is not a high enough bar of evidence to prove any interactions, as emails can be altered, and we’ve seen that those interested in pushing conspiracy theories will stop at nothing to do so,” Bauman said in a statement.

He claimed the preemptive dismissal of theoretical evidence is because “we are a family who are committed to facts.”

Bauman also distanced the family from Wheeler — who Fox News described as working for the family — saying he was actually “paid for by a third party.”

He also implied that the family has knowledge of the exact terms of Wheeler’s contract and that the contract required him to get authorization from the family before speaking to the media.

Wheeler “contractually was barred from speaking to the press or anyone outside of law enforcement or the family unless explicitly authorized by the family,” Bauman said.

During an interview with The Daily Caller News Foundation, Bauman failed to clarify the relationship between Wheeler and the family.

“I am here to protect the reputation of Seth Rich and to make sure news orgs do not besmirch his good name or turn this story into something that is used to forward political aims. I do that work on a pro-bono basis for a family that is desperately seeking answers,” he said.

TheDCNF asked why someone seeking answers would preemptively exclude theoretical future evidence. Bauman countered, “unless family members and others had info, they’re not allowed to speak about (it) because its part of an ongoing criminal investigation.”

In the 2016 campaign, Bauman was involved with the super PAC For Our Future, which spent $2 million backing Hillary Clinton’s presidential campaign.

Awan was banned from the Capitol complex in February and Capitol Police named him the lead suspect in a criminal probe. Authorities investigated Awan regarding violations of House network security, along with several of his relatives who had also been placed on the congressional payroll.

A separate police report and lawsuit claims that Awan and his brothers used surveillance and violent threats against their stepmother, Samina Gilani. For her part, Gilani argues that the brothers had an unquenchable thirst for money.

She also said the Awans sought to make her sign a power of attorney giving them access to assets stored in Pakistan in their father’s name. Members of the Awan family were cumulatively paid at least $4 million, House records show.

Gilani described her ordeal as one of excruciating “captivity,” but Bauman went on TV to say that the story wasn’t so bad because it happened outside of work hours.

“Whatever is happening in the family is absolutely tragic” but “the only thing that actually matters here is the safety, security and integrity of Hill emails,” he said.

Other lawmakers who used the brothers’ IT services immediately fired Awan and his relatives. Wasserman Schultz circumvented the Capitol Police’s ban by naming him a technology adviser, according to Politico. This apparently allows him to remotely direct others in servicing her House technology systems.

“I would argue it does reflect well on them without knowing all of the specifics,” Bauman said, referring to Wasserman Schultz and another lawmaker who defended them, Democratic Rep. Gregory Meeks of New York.

However, he added that Wasserman Schultz demonstrated compassion in keeping Awan.

“Meeks and Debbie Wasserman Schultz are showing human compassion because they probably don’t know the level and depth of exactly what’s going on if there’s an active investigation, so giving someone a benefit of the doubt,” Bauman said.

Wikileaks emails show that DNC staff summoned Awan because only he had the password to unlock Wasserman Schultz’s iPad. As a House IT administrator, he had access to all of her congressional emails.