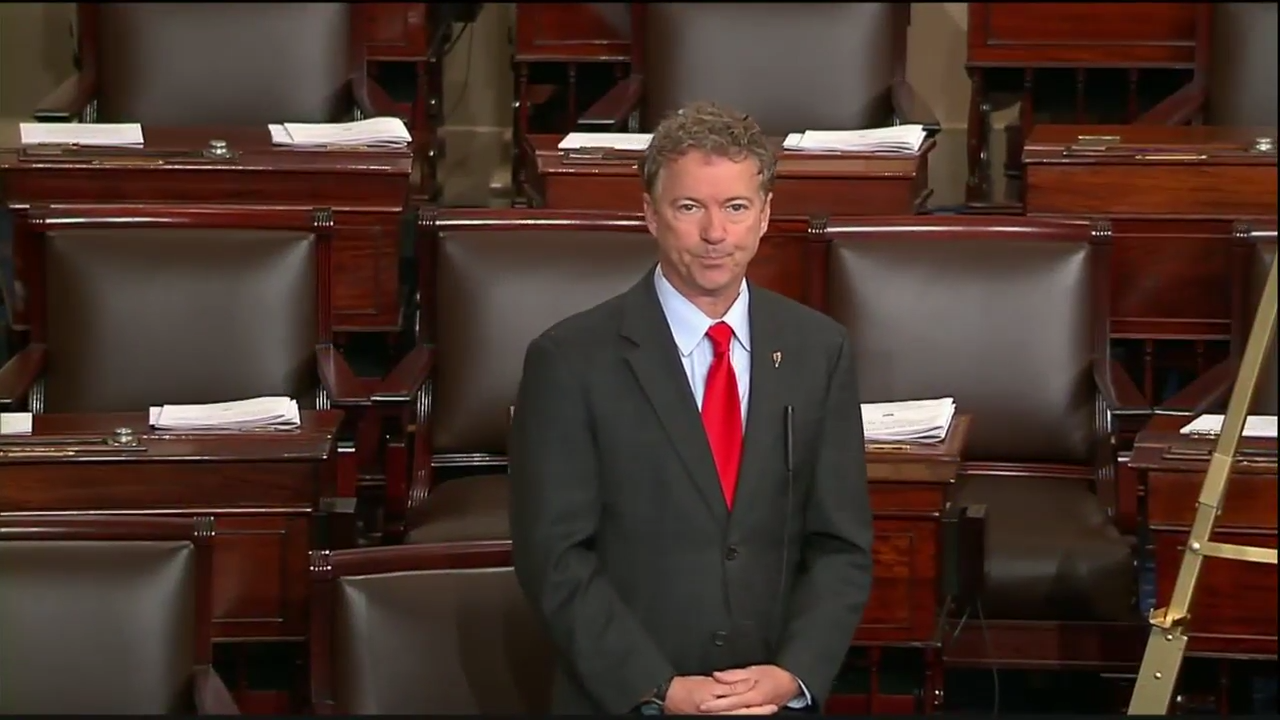 GOP Kentucky Sen. Rand Paul railed against a potential weapons sale to Saudi Arabia ahead of a vote to stop the arms deal Tuesday.

The Kentucky Republican said selling billions of dollars in weapons to the country would implicate the U.S. in a proxy war in Yemen. Paul said it was crucial lawmakers discuss America’s involvement in the Middle East, arguing the sale “threatens the lives of millions of Yemenis.”

“Should the United States be actively involved with refueling the Saudi planes, with picking targets, with having advisors on the ground? Should we be at war in Yemen?” he said on the Senate floor. “If you remember your Constitution, it says no president has that authority. Only to repel imminent attack, but no president alone has the unilateral authority to take us to war. And yet, here we are on the verge of war.”

Paul noted there are millions of people in Yemen near starvation due to the humanitarian crisis, adding he believes stopping the arms sale can alleviate the suffering.

“One group said that the impending famine in Yemen may reach biblical proportions — think about that,” he continued. “It is astounding what is being done, and it is not being done with your weapons, but with your — we will force this vote for these children in Yemen because we have a chance today to stop the carnage. We have a chance to tell Saudi Arabia we’ve had enough.”

Senate Majority Whip Dick Durbin of Illinois praised Paul for forcing the vote, saying he believes the U.S. needs to be more vigilant about what they are selling since Saudi Arabia’s use of weapons is “inconsistent with the values of the United States of America.”

“We also know that when it comes to the Saudi activity of promoting their version, the most extreme version of Islam, they have been guilty of promulgating Wahhabism that led to extreme forms of the Muslim faith in some parts of the world. Those are realities,” he said in a floor speech. “We know the reality of 9/11 when we trace the origin of those who came and killed 3,000 innocent Americans. Too many roads led back to Riyadh. Too many roads led back to Saudi Arabia. So why can’t we be more open and honest in our relationship with this country?”

The vote on the sale is slated to take place Tuesday afternoon.