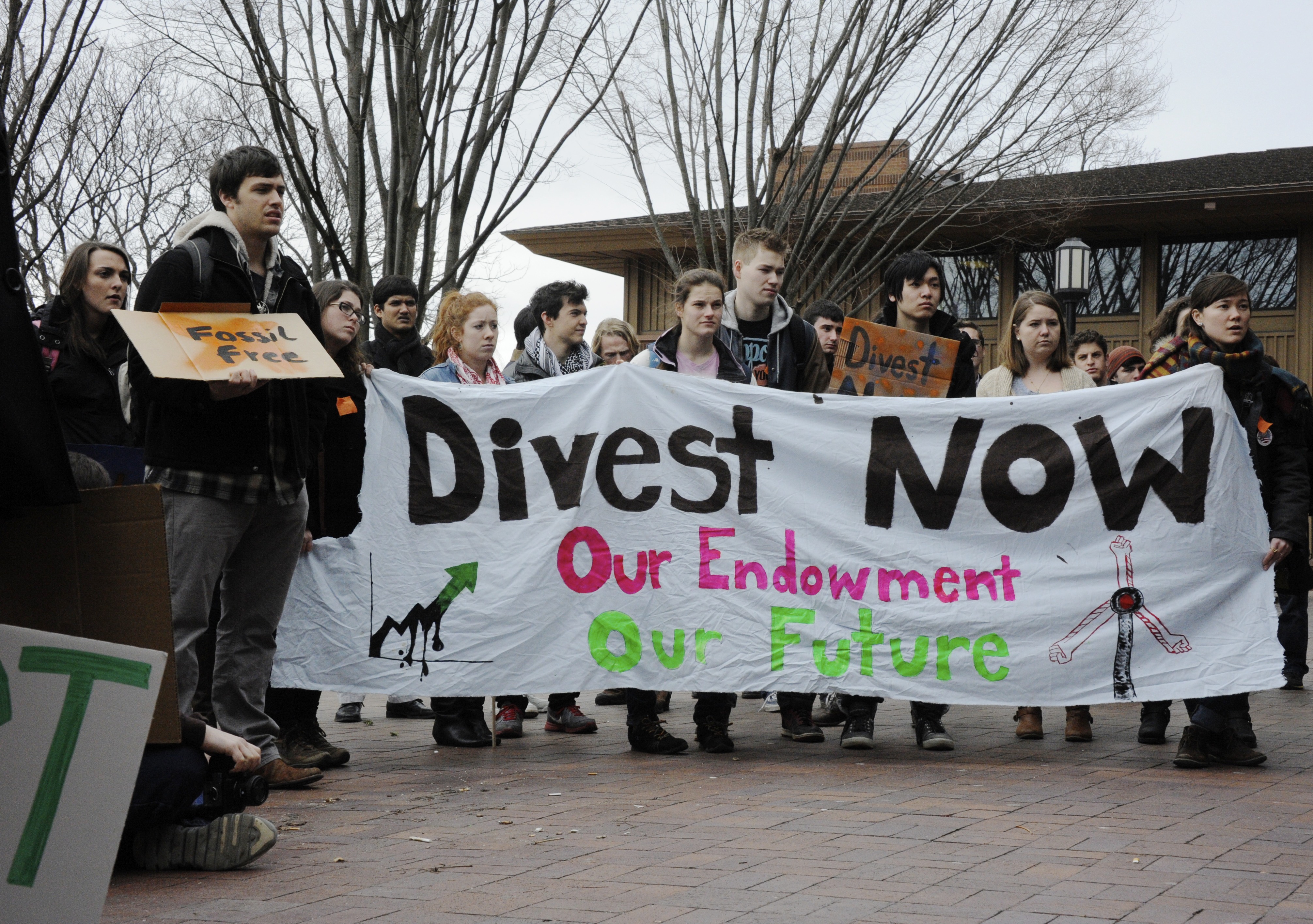 The campus fossil-fuel divestment campaign is radicalizing college students, according to a report by the conservative National Association of Scholars (NAS) released on Tuesday.

The NAS report criticizes the divestment campaign for being “more political than practical” and for using students as pawns to push a radical environmentalist agenda. NAS claims that the real goal of divestment is to “radicalize students” and build public support for “drastic political and economic transformations,” according to a press release.

“Divestment is sold to students as an answer to global warming,” NAS claims, adding that ditching fossil fuel investments “would have no meaningful effect on the Earth’s temperature.”

“The divestment campaign is designed to fail,” said Rachelle Peterson, director of research projects at NAS and the report’s author, in a press release. “The organizers’ goal is not to cause colleges to divest, but to anger students at the refusal of colleges to divest fully and to turn their frustration into long-term antipathy toward the modern fossil fuel-based economy.”

Colleges and universities have roughly $22 billion invested in energy and natural resource companies, according to the National Association of College and University Business Officers. Previous academic studies have shown that fossil-fuel divestment can significantly harm an investment portfolio as it tends to have higher management fees, making it harder for universities to use their endowments to fund research, scholarships and other programs. The divestment movement hasn’t even made a discernible impact on the companies it targets.

An excellent example of this occurred early this year, when the University of Oxford announced that it woulddivest from coal and tar sands. The university, however, had no investments in coal or tar sands from which to divest.

The divestment movement is heavily supported by environmental organization like 350.org andGreenpeace. Major environmentalists like Bill McKibben and Naomi Klein say that the movement is intended to”de-legitimize and stigmatize” the fossil fuel industry.

According to the organization’s website,”NAS is a network of scholars and citizens united by our commitment to academic freedom, disinterested scholarship, and excellence in American higher education”

New Clinton Violations Over Use of Thumb Drives for Emails

Poll: A Full Third Of Millennials Do Not Connect Radical Islam With Terrorism