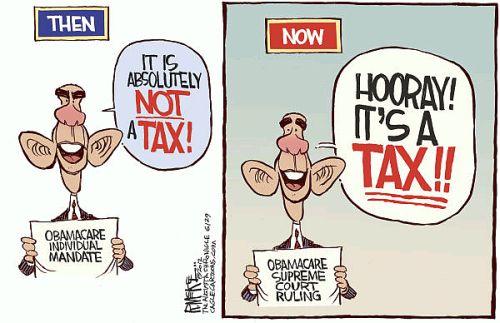 The change in sentiment is an effort to delay draconian cuts to certain features of the system, like Medicaid expansion.

Moderate Republicans in the Senate were the first to float the idea of keeping Obamacare’s taxes, Reuters reports. The same group is increasingly weary of conservative Republicans in the Senate who are pushing for steep, drastic cuts to Obamacare’s Medicaid expansion program. Amid the bickering between the moderate and conservative members, Republicans are trying to get their version of the American Health Care Act up for a vote before the June 30.

If moderates continue to push for keeping Obamacare’s taxes, they will surely draw flack from conservatives senators and voters who want Obamacare fully repealed as soon as possible. Forty-seven Conservative groups, led by Americans for Tax Reform, sent a letter to Sen. Orin Hatch of Utah urging senators to repeal all Obamacare taxes.

The tax that is speculated to remain is the net investment income tax, which levies a 3.8 percent surtax on capital gains, interest and dividends, Reuters reports.