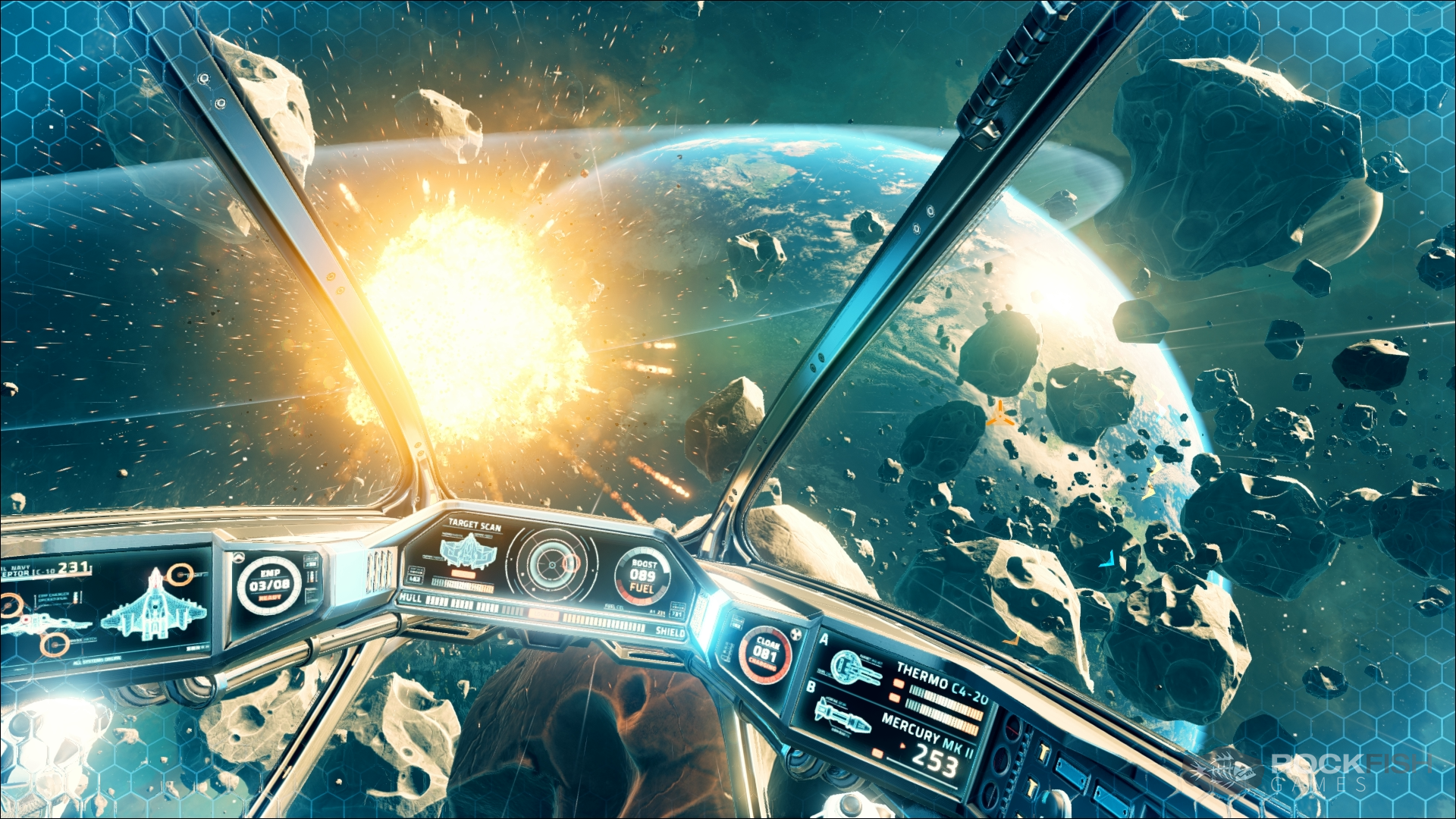 Like government, space simulation games can be overwhelming in their complexity. There are titles like “Elite Dangerous” and “Star Citizen” that are so massive and complex you you almost need a physics degree and a week just to understand how to play.

For some gamers this is wonderful. A deep and exciting and massive universe to explore and trade and battle in. For others, who may want to play other games, write articles about politics, or enjoy the fun of space travel without forgoing things like a social life, it’s not so wonderful.

And that’s what “Everspace,” a ‘rogue-lite’ space combat game, achieves. It’s almost like a spark-notes version of the massive space simulations that are so appealing, but prohibitively intimidating, too.

But what’s a ‘rogue-lite’? Here’s where things get wild. In 1980’s, “Rogue”, you’re tasked with exploring a procedurally generated (or random every time) dungeon, as you face off against monsters, obtain magical items, and dive deeper into the underworld. The further you go, the harder things get, and if you die, you start all over from the beginning. Oh, and also, the graphics were so bad you were literally an X on a screen. 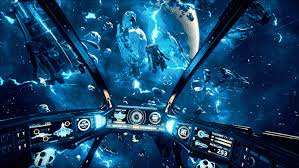 “Rogue” was a trend setter among early computer enthusiasts. Keep in mind this game was out before Windows, before the Internet. Paul Ryan was ten when it came out. It touched the heart and minds of many people who are now making games of their own, and now the ‘Rogue-like’ or ‘Rogue-lite’ genre is popular as heck. Games like the Indiana Jones-inspired ‘Spelunky’, cat-burglar simulator ‘The Swindle’ and the knights-in-a-castle hack n slash game ‘Rogue Legacy’.

Now the legacy of Rogue has found its way into the space sim with ‘Everspace’ and like the pants of the man with five penises, fits like a glove.

For starters, the graphics are…pardon the pun, out of this world. Space is filled with nebulae and stars and light from distant suns and space stations, creating a gorgeous, well-lit playground in which the vastness of space has never been so alluring. It’s not just stars out there…it’s all of creation, and it shows.

Playing in this gorgeous is just as appealing. Taking into account a lack of gravity, the game does something unique here and lets you control your lateral and vertical movement independent of your forward thrust; which is how things would work in space. Thus you’re allowed a range of movement not afforded to you in ariel dog-fighting games that take place on earth.

This also makes it easier to shoot the bastards coming at you. Space-pirates, rogue mining drones, and even the occasional trading ship are, and can be, your targets. Like many space games you have a primary weapon that recharges and a secondary weapon that’s more powerful but has finite ammo. Think phasers vs photo torpedos.

Helpful is the ability to lock on to a target so you know whom you’re shooting at and where they are, even if they’re out of your field of vision or behind your ship. It’s quite smooth and makes you feel like an X-Wing pilot of yesteryear.

This all plays wonderfully, but on a console sometimes the lack of precision can be frustrating, and the game does fall into an issue where you’re constantly rotating your ship to chase down enemies with a faster turning radius; thus sometimes you feel like you’re just spinning around in space shooting at ducks in a row. But that’s rare.

The combat is sweet and the graphics are awesome, but the “Rogue” elements are the selling point here. Everspace endeavors to be a bite-sized space epic; and mostly succeeds. As the game progresses and you face more challenging enemies, you obtain money, equipment, and then eventually die and have to start over. But before re-launching into the fray, you can upgrade your ship with components and upgrades; so your next adventure may last just a little longer in that final frontier. You can also mine ore, fuel, and hit up various supply stations to outfit and upgrade your ship while you’re on a mission.

Everspace really does check all the boxes of a space-sim epic while being palatable to people on a schedule or people who simply want to feel the thrill of space combat. It’s a pizza puff. All the best parts of pizza in the palms of your hands.

Thus, on the Libertarian Republic Rating System, on a scale of Karl Marx to Ron Paul, this game gets a Justin Amash. Even if it’s not a full-bore space sim, like Amash, the things it does differently are communicated wonderfully eloquently, and with sincerity. Some people may not like it because it doesn’t go far enough, but you have to respect it for what it does do, and whom it seeks to serve.