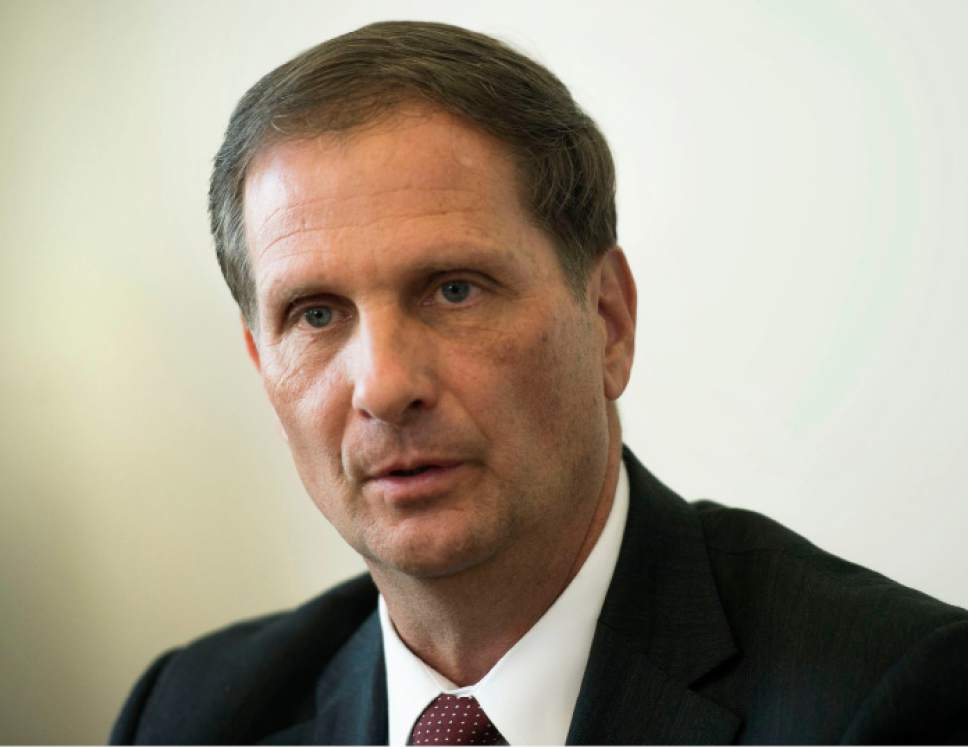 “Those of us in the west are kind of hosed by this whole thing,” Stewart told Environmental Protection Agency (EPA) Administrator Scott Pruitt during a Thursday hearing.

Stewart represents Salt Lake City and rural parts of Utah, which he says are burdened by air quality regulations they can’t meet. The Obama administration lowered ground-level ozone, or smog, standards from 75 to 70 parts per billion in 2015.

Stewart said the lower ozone standard is nearly impossible for some parts of Utah to meet because of episodes of naturally-occurring ozone during the summer and winter. Utah’s high elevation and unique geography make it prone to high levels of background ozone.

“These are very remote places and yet they are out of compliance with ozone, and there’s not a thing in the world they can do about it,” Stewart said.

“It’s not like there’s factories spewing or a lot of cars that are driving through there and creating the pollution and the particulate matter. It’s naturally-occurring,” he said. “We have these rural communities that are not compliant with ozone and can’t get compliant — there’s not a thing in the world they can do.”

“The Native Americans living there 500 years ago would have been not in compliance with the rules that have been proposed by the previous administration,” Stewart said.

Utah has struggled to come into compliance because of non-man-made sources of ozone pollutants from wildfires vegetation and animals. Utah also suffers from stratospheric intrusions that bring down atmospheric ozone during cold weather inversions.

Such intrusions can “can increase ground-level ozone concentrations by 20–40 ppb,” according to Utah regulators. The state also has to deal with ozone transported across the seas from Asia, furthering adding to compliance woes.

Indeed, a 2014 report by the right-leaning American Action Forum found an ozone standard set between 60 and 70 parts per billion would put 100 state and national parks out of compliance.

Utah joined a coalition of states suing the Obama administration to overturn the 2015 ozone rules. Pruitt was party to the suit as Oklahoma attorney general. In April, a federal court agreed to delay the ozone suit so EPA could review the rule.