Senator Rand Paul (R-KY) took aim at the government’s attempt to make tomatoes taste better. The National Science Foundation spent $1.5 million trying to improve the taste of the vegetable (technically a fruit as Paul notes) and the libertarian-leaning Republican blasted it in his Waste Report and in a press release:

“Apparently the research found that modern tomatoes are less tasty because they have less sugar and other flavorful chemicals. Wait … sugar will make something taste better?” Paul’s press release deadpanned.

The press release also asked why “Uncle Sam is funding better tasting tomatoes and not Heinz, Papa John’s, or Campbell’s” despite tomatoes being consumed in mass consumption as part of “more complex foods.” In addition, Paul asked if the tomato industry was hurting even though the tomatoes are the second most consumed vegetable in the US and a $2 billion industry.

The slam against the National Science Foundation comes as civilian science agencies are coming under fire from the White House, though the NSF was not targeted. President Trump’s budget would cut a deep hole into programs such as National Institute of Health and NASA’s Earth Science program.

There is still no word from the NSF on making Brussels sprouts better. 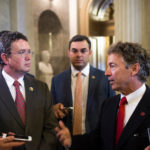 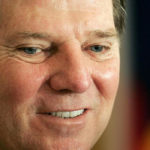