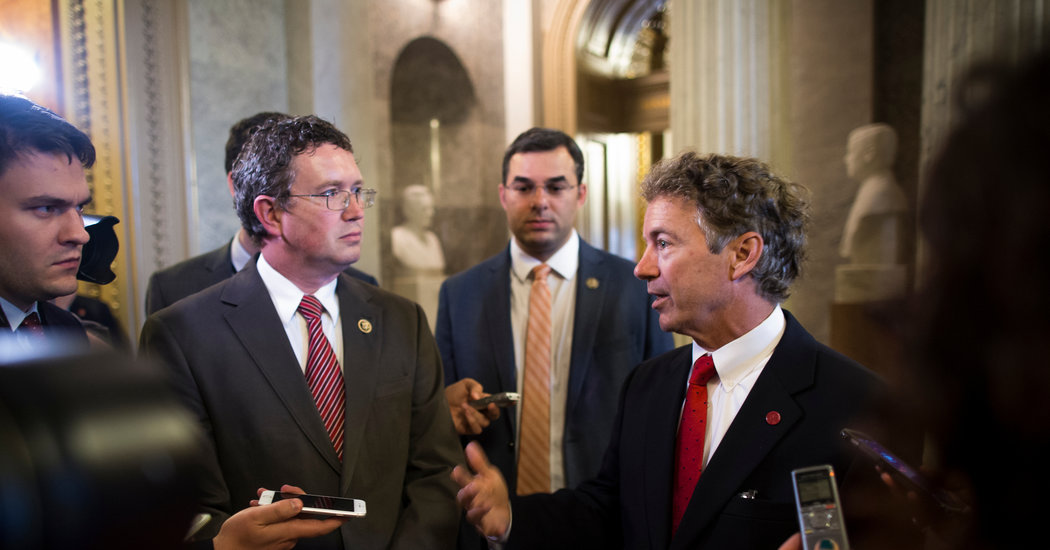 Senator Rand Paul (R-KY) cosponsored the The Small Business Tax Equity Act which would require marijuana businesses in states where it is legalized to be taxed similar to other small businesses. It would also remove restrictions on marijuana businesses to claim tax credits and deductions.

This is part of Senator Ron Wyden’s (D-OR) attempt to force the federal government to treat cannabis like alcohol and remove cannabis from the Controlled Substances Act. Though Paul has not cosponsored his other bills, Wyden’s package, known as the Path to Marijuana Reform, is the most comprehensive marijuana reform to date.

The Responsibly Addressing the Marijuana Act Policy Gap Act, however, would remove federal penalties as described by the Huffington Post:

Wyden called out Attorney General Jeff Sessions for his opposition to marijuana legalization and his desire to crack down on states where it is legalized.

“I’m particularly concerned because it appears that the attorney general wants to cherry-pick, apparently on the basis of some kind of whim, which states’ rights he likes and which ones he doesn’t like,” Wyden said to the Huffington Post. “My sense is increasingly there are some in Washington, D.C., who say they favor states’ rights only to do so if they think the state is right.”

Representative Earl Blumenauer (D-OR) introduced the House equivalent and his bill to allow veterans access to medical marijuana in states where it is legal has five other sponsors including Rep. Justin Amash (R-MI) and Rep. Dana Rohrbacher (R-CA).

President Bush to be Tried for Obama Era War Crimes